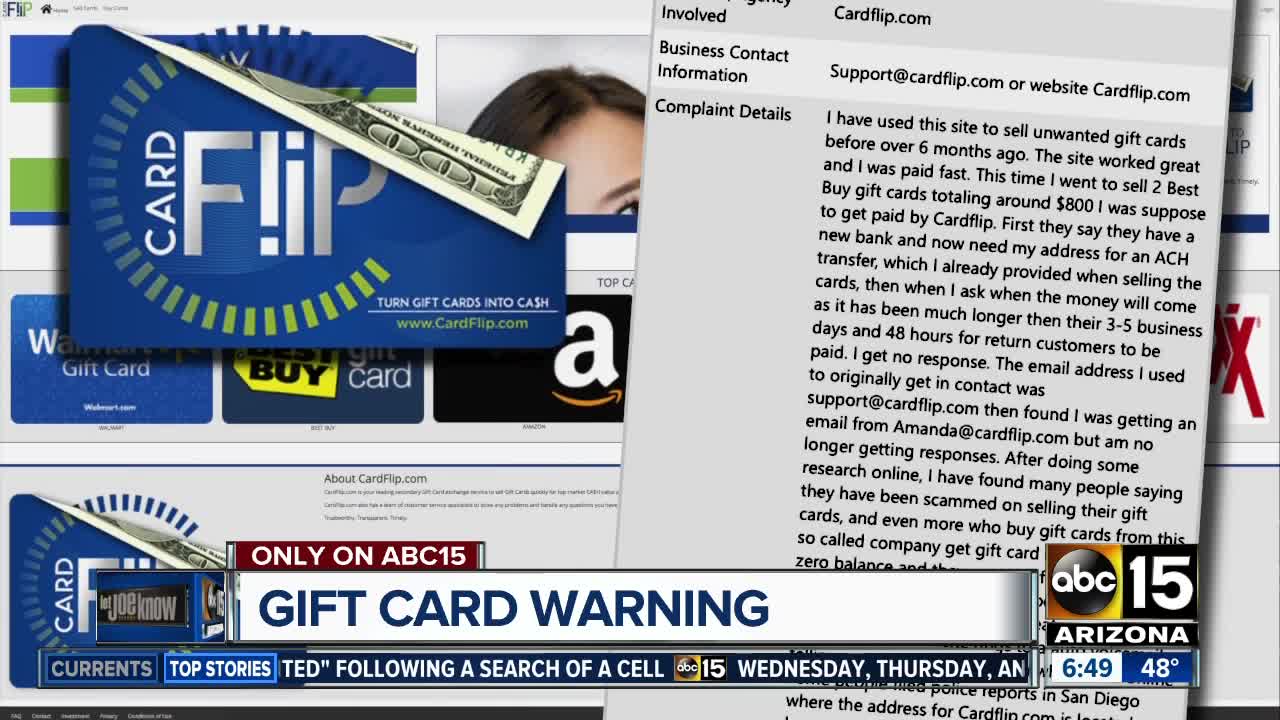 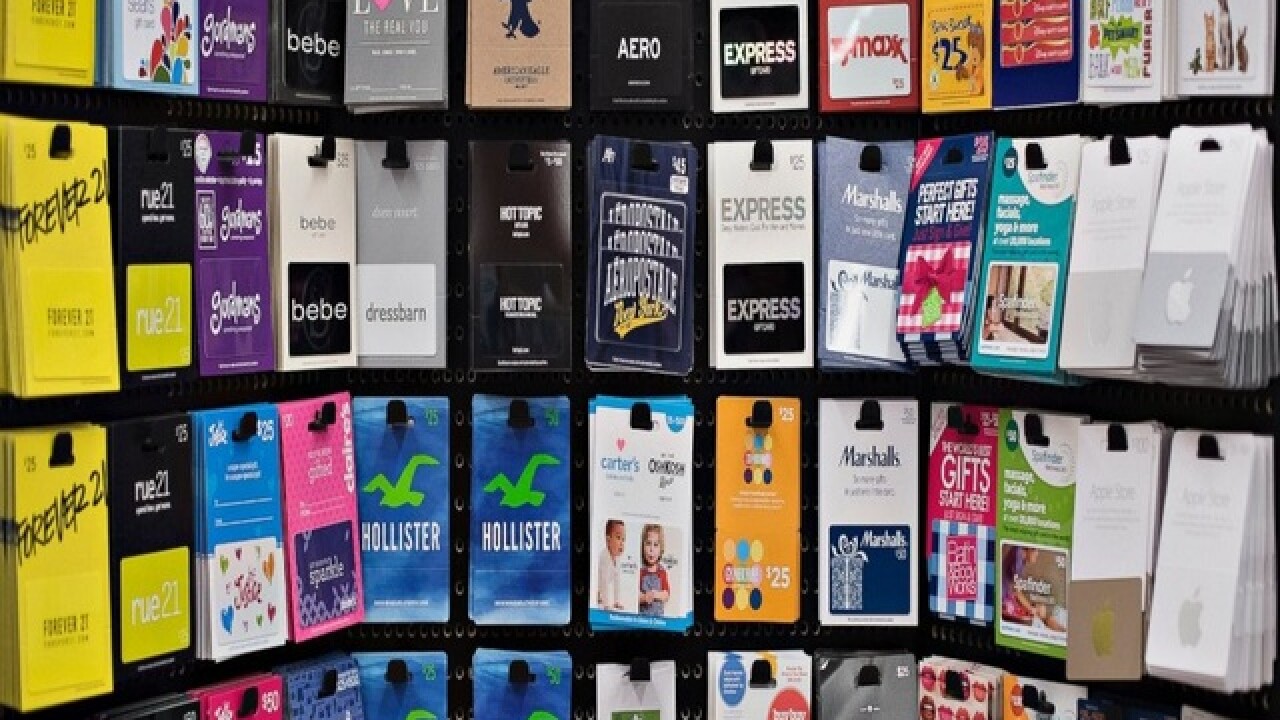 PHOENIX — Moving closer to the holidays, many people are looking to score as much of a discount as possible when it comes to buying gifts.

A quick search online shows there are dozens of sites online offering just that: buying and selling unused gift cards. It may sound great, but The Let Joe Know team has a warning for shoppers.

The team has received a handful of emails from viewers saying one company in particular, Cardflip.com, has taken their cards and never paid them for what they were owed. In other cases, viewers say they purchased cards which had no credit on them.

Vera says she bought Southwest Airlines gift cards to save money. Turns out when she went to use them, Southwest said the cards were unauthorized and she had to cancel her trip. Verna says when she called Cardflip, they told her the balance was zero on the cards, so she must have spent the money. Verna never got a refund from Cardflip.

Then there's the issue of selling cards. Tyler reached out to the Let Joe Know Team saying he sold the website Best Buy gift cards months ago. He says Cardflip support told him they are behind on payments due to "recent changes with their banking system."

We did some digging. The company has more than 300 complaints filed with the Better Business Bureau in the last year, and has an address here in the Valley. We stopped by that address in Scottsdale, and while we were there, the landlord told us the "gift card guy" had packed up and left. We missed him by just weeks.

We tried calling, only able to leave a voicemail. Emails we sent were unanswered despite the website still being up and Tyler receiving his last email this month.

While putting this story together, Tyler let us know he finally got his money through a money order at a local bank. Something that only happened after he told the company ABC15 was involved.

We are still working to track down the owner of Cardflip, but this is a good reminder to do your research before spending your money. Read reviews, look for complaints online, and remember once someone has gift card numbers it's like they have cash and can easily take the value.

If you are a Cardflip customer and have not been paid, or lost out after purchasing a card, you can file a complaint with the Attorney General's Office. CLICK HERE.