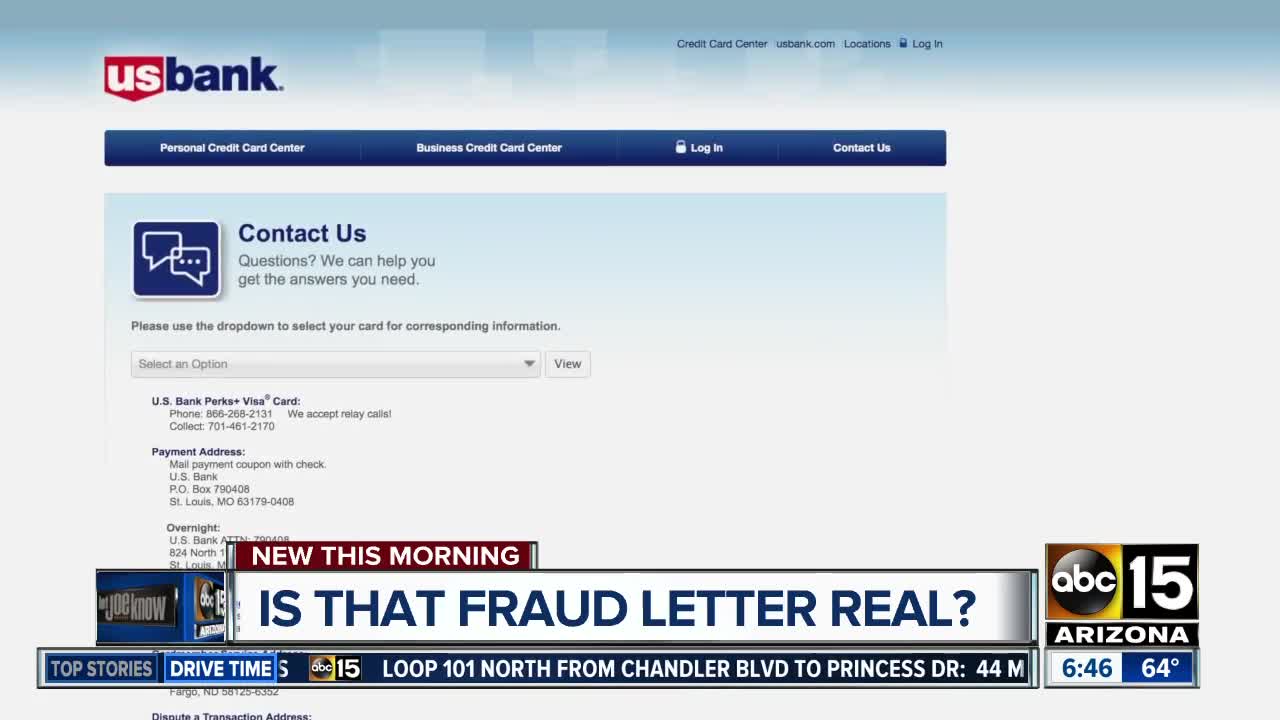 Let Joe Know looks into a suspicious letter about opening a new account for a concerned viewer. 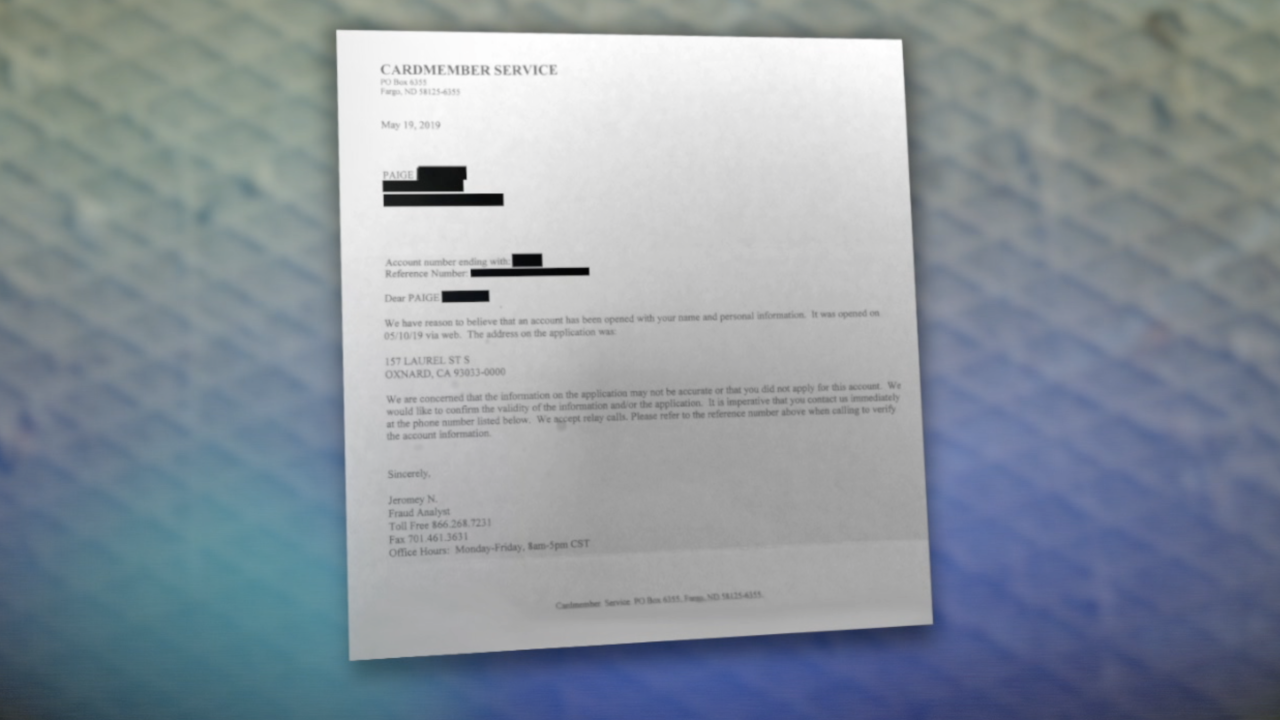 SCOTTSDALE, AZ — Ideally, we'd like banks to catch identity thieves who try to open credit in our names before they open it.

But viewer Paige in Scottsdale says when she got a letter saying she was possibly a victim, she was more suspicious of the sender than the alleged person who applied for credit.

She got a letter from Cardmember Service in Fargo, North Dakota saying someone opened a credit card in her name using a California address.

The letter is on a plain sheet of paper with no particular logo. The writer is concerned that she didn't apply for the account and tells her to contact them immediately at the number listed.

Paige didn't buy it. Instead, she checked her credit reports and found there were no alerts about a new account on her credit and she didn't want to call and give them a chance to get more information about her.

So, is it a scam or not? We called the number to find out.

The man who we spoke to said he worked for US Bank's fraud department. He explained they don't put the company name on the letter in case the application truly is fraudulent.

A comparison of the address and phone number listed on the letter and those listed on US Bank's website are similar, but they are off by at least one digit.

We weren't convinced. So we contacted the bank directly.

A spokesperson confirmed, "Yes. U.S. Bank sent the letter. It is authentic."

The bank released the statement:

"At U.S. Bank, we always strive to do the right thing and put customers first. We take fraud complaints seriously and remind consumers to be vigilant watching their accounts and credit reports for suspicious activity. With the help of our state-of-the-art fraud monitoring techniques, we reach out to consumers if we suspect that they may be a victim of fraud. If there is fraud, we work with them to resolve the issue."

So this one is not a scam.

My advice? Question everything you get from unknown sources. Run an internet search of the contact information for clues. Once you have an idea of who it might be, contact them directly. Still not sure? Let me know.