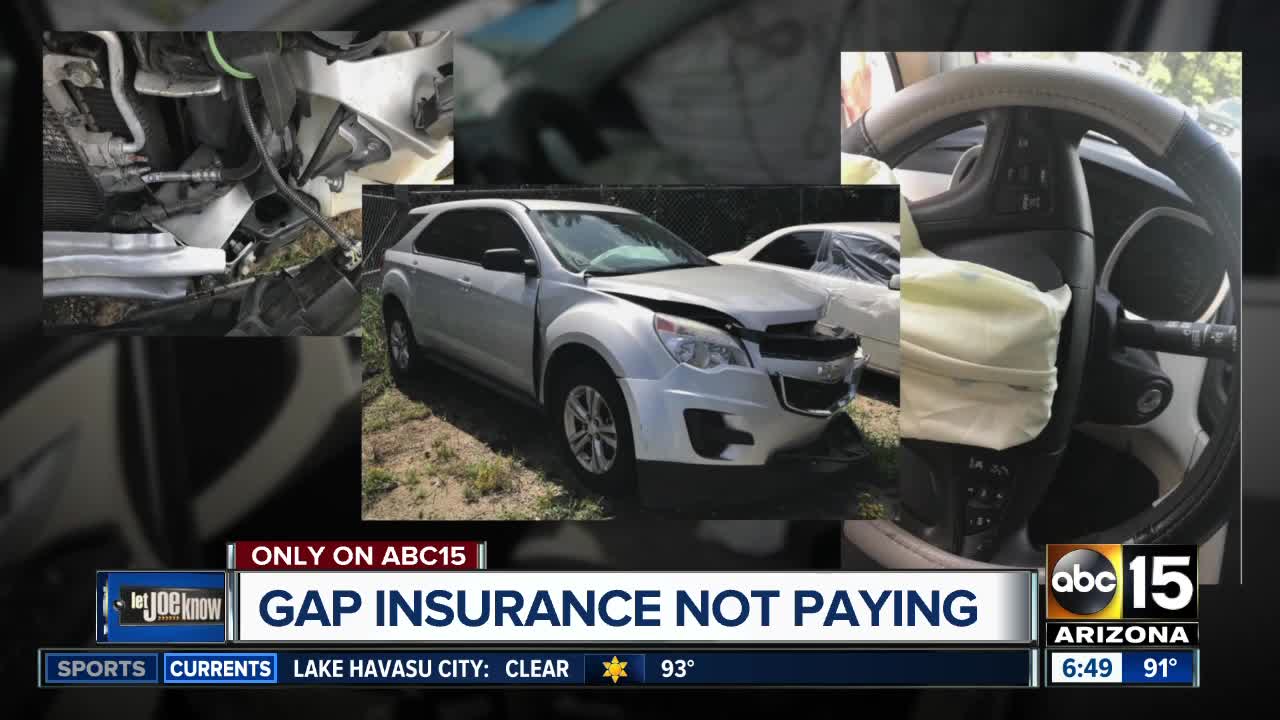 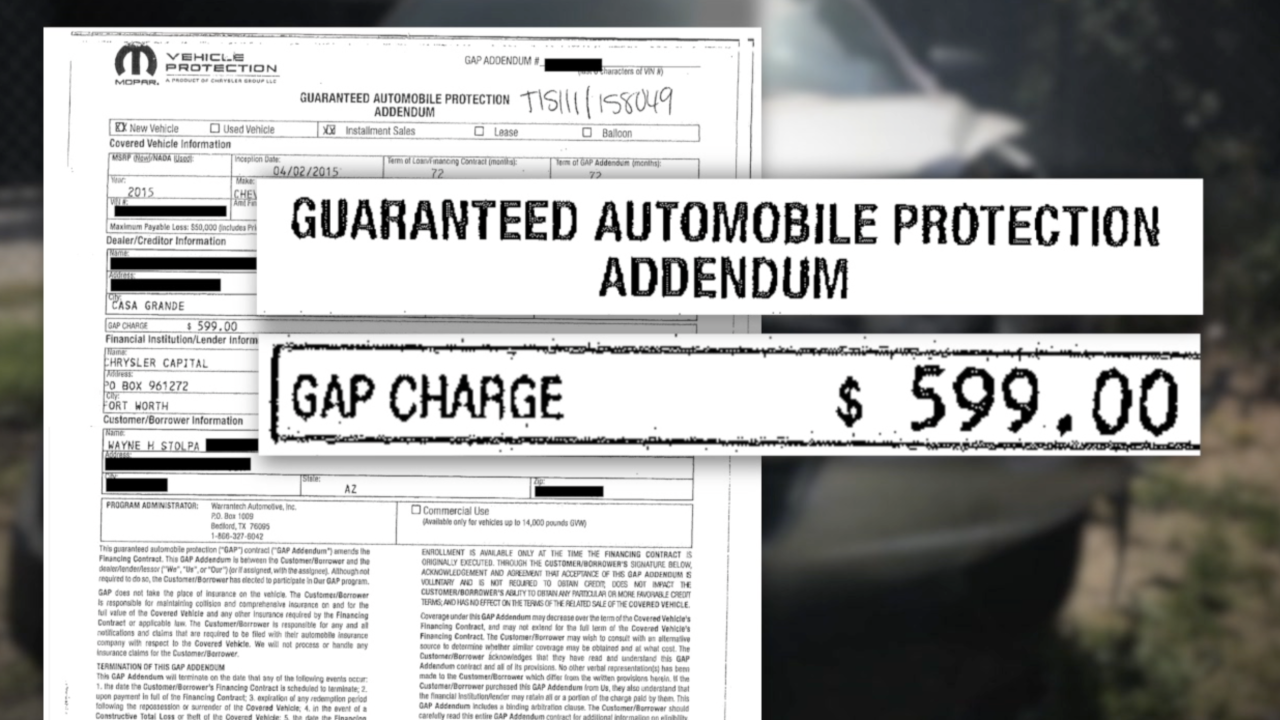 SUN CITY, AZ — A Sun City man says the protection plan that was supposed to cover his vehicle has delayed payment for months.

Wayne Stolpa Sr. says he co-signed on a car for his daughter and paid an extra $599 for Guaranteed Automobile Protection, or GAP insurance, from warranty company Mopar. The coverage is supposed pay the difference between the value of the vehicle and what is still owed to the bank in the event of a total loss.

So when Stolpa's daughter totaled her SUV in August 2018, he thought they would take care of it in a timely manner.

"The other guy who caused the accident--they paid their share," he says. "Now the balance due has to come from the GAP."

But he says nearly 6 months later, his credit was on the line because he was still going back and forth with the claim administrator Warrantech, who cuts the checks.

Stolpa says between himself, his daughter and their lien holder they sent the requested documents at least eight times.

The company services warranties for various businesses. The Better Business Bureau had more than 900 complaints about them in the last 3 years.

Stolpa filed complaints with the Consumer Financial Protection Bureau and the Arizona Department of Insurance. Neither agency was able to handle it, so he let me know.

"He was the only one that really gave us hope that somebody was going to help us out," Stolpa says.

We asked Warrantech about Wayne's concerns.

The company sent a statement saying:

"On September 12, 2018, Mr. Stolpa filed a GAP claim with Warrantech. At that time we advised Mr. Stolpa of the documentation needed to process his claim. Over the next few months we were in regular contact with Mr. Stolpa; however, we did not receive all documentation required until February 13, 2019. Upon receiving all required documentation, payment in full was promptly made."

We also reached out to Mopar's parent company, Fiat Chrysler, for comment. They did not respond in time for publishing.

Stolpa maintains he provided required documents repeatedly. He shared with us his detailed notes of dates, times, names of people he spoke with and what they said.

Now nearly 6 months after the accident, Warrantech cut a check for most of the balance. Wayne is still waiting for it to arrive.

What to know if considering GAP insurance
- Look for insurer and program administrator reviews since you deal with them.

- Don't be pressured to buy from dealers. Car insurers sell it for as little as $20 a year, according to the Insurance Information Institute.