Travel Insurance: Do you need it? 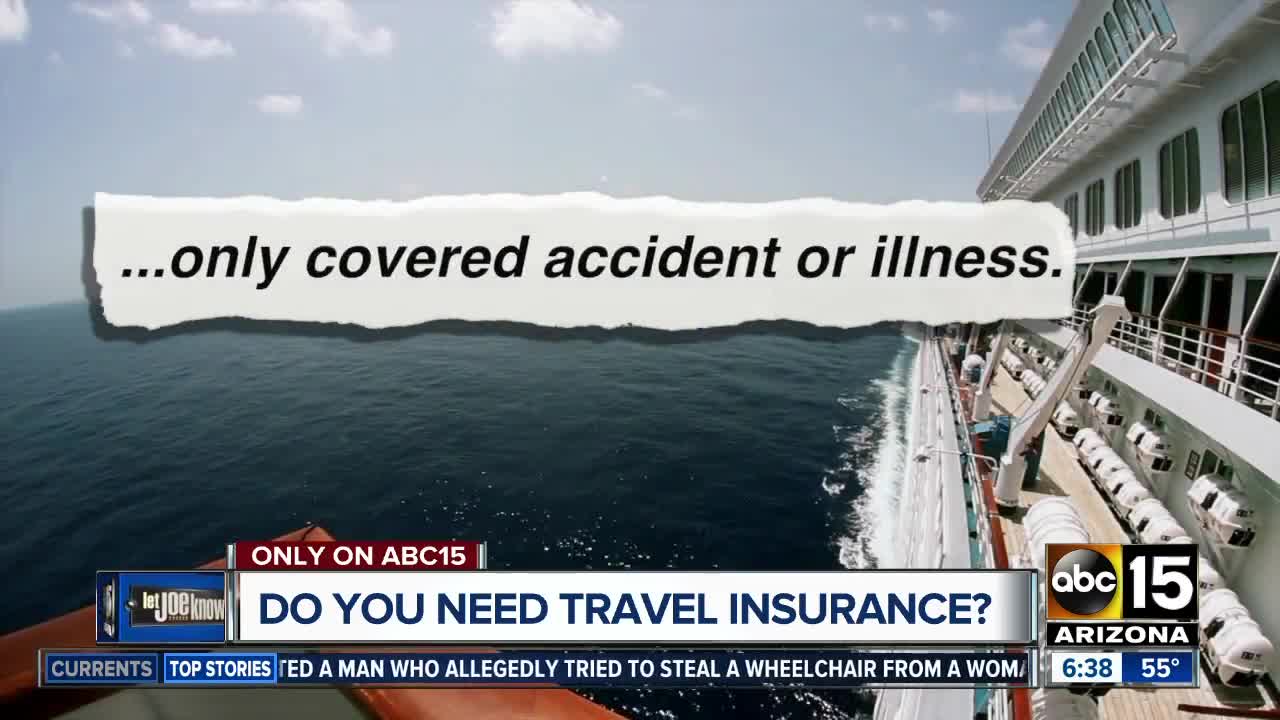 The Thompsons had great plans for their cruise. But a four-hour flight delay forced them to miss the ship.

Planning a flight or a cruise over the holidays? Or even this summer?

Thought about what happens if you get sick or if there's a cancellation?

The Thompsons had great plans for their cruise.

But a four-hour flight delay forced them to miss the ship.

The Thompsons found out the travel insurance they bought didn't cover flight delays.

Travel agent Katie Kreiger says if you're taking a cruise, consider flying in the day before your cruise.

She said that would solve many issues.

Also, since she says personal insurance won't cover you on cruises in international waters, travel insurance can be a good idea if you get the right policy.

The Insurance Information Institute says cancellation waivers sold by cruise ships and some tour operators are not the same as cancellation insurance.

They say waivers are cheap and can cover you in some cases.

But the Institute says those waivers typically don't cover immediately before departure or during the trip, when many issues can happen.

Some won't pay for missed connections if it appears your schedule was too tight.