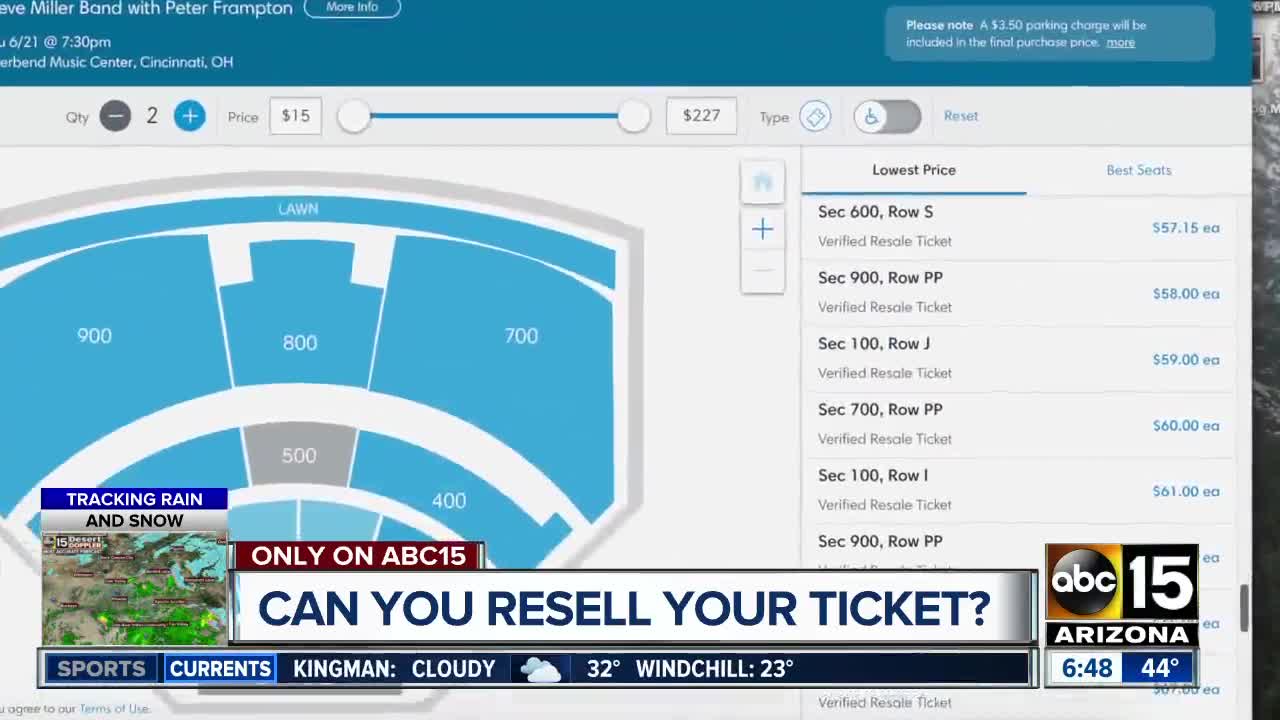 PHOENIX, AZ — Lawmakers are considering a law that would change how Arizonans resell or give away tickets to live events.

Proponents say House Bill 2560 would give consumers a choice in what they do with unwanted tickets.

In a House Commerce Committee meeting on Tuesday, backers of the bill told lawmakers that primary-market giants like Ticketmaster have the ability to prevent consumers from giving away or selling tickets on resale market websites like Vividseats or StubHub. They can also prevent entry if the credit card used to purchase the ticket is not available for verification.

Laura Dooley with StubHub, who is in favor of the bill, testified that the prohibitions are written into the terms and conditions.

"Through technology they're able to restrict how tickets are transferred, given away or resold," Dooley said.

Depending on the event, that means some consumers can only use the original ticket issuer's platform for resale.

Backers say the practice stifles competition and puts the dominant primary ticket sales company in a position to dominate the resale market as well.

The bill, introduced by Rep. T.J. Schope, R-Coolidge, has a long list of opponents.

Ticketmaster and all four major Valley sports teams- the Suns, Coyotes, Cardinals and Diamondbacks - all oppose the legislation.

Representatives from the Suns and Diamondbacks testified against the bill citing fears of fraudulent tickets and an easier way for scalpers to get their hands on tickets.

We asked all four teams for comment for this story. The Cardinals and the Suns did not respond in time for publishing. The Coyotes declined to comment. The Diamondbacks released a statement saying:

"We agree with all of the professional sports teams and entertainment venues in the state in our opposition of this legislation. This bill would hurt our fans who can get great tickets at a reasonable price. HB 2560 would cause unintended harm to the Arizona economy and the only party that would benefit from this would be scalpers, who would increase their profits at the expense of our fans.”

The bill is scheduled for another hearing in the House Commerce Committee on February 19.

You can find your lawmaker and let them know what you think here.