Should you get a COVID-19 antibody test? 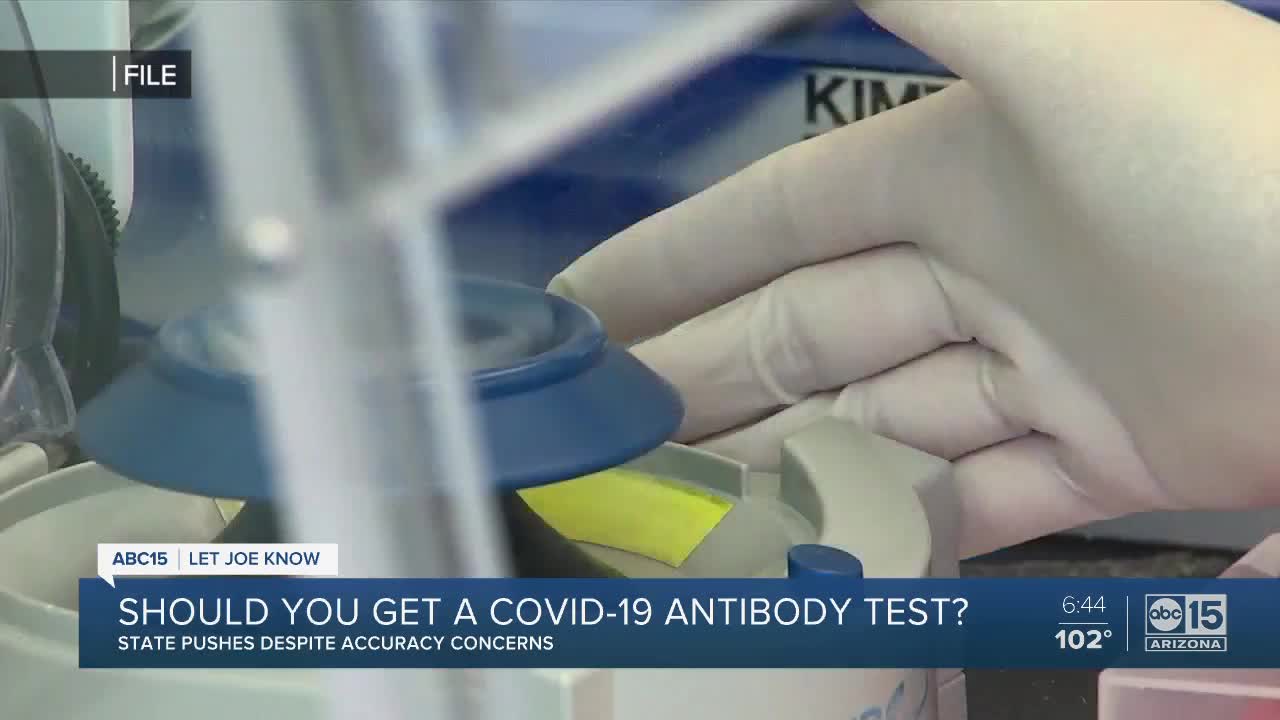 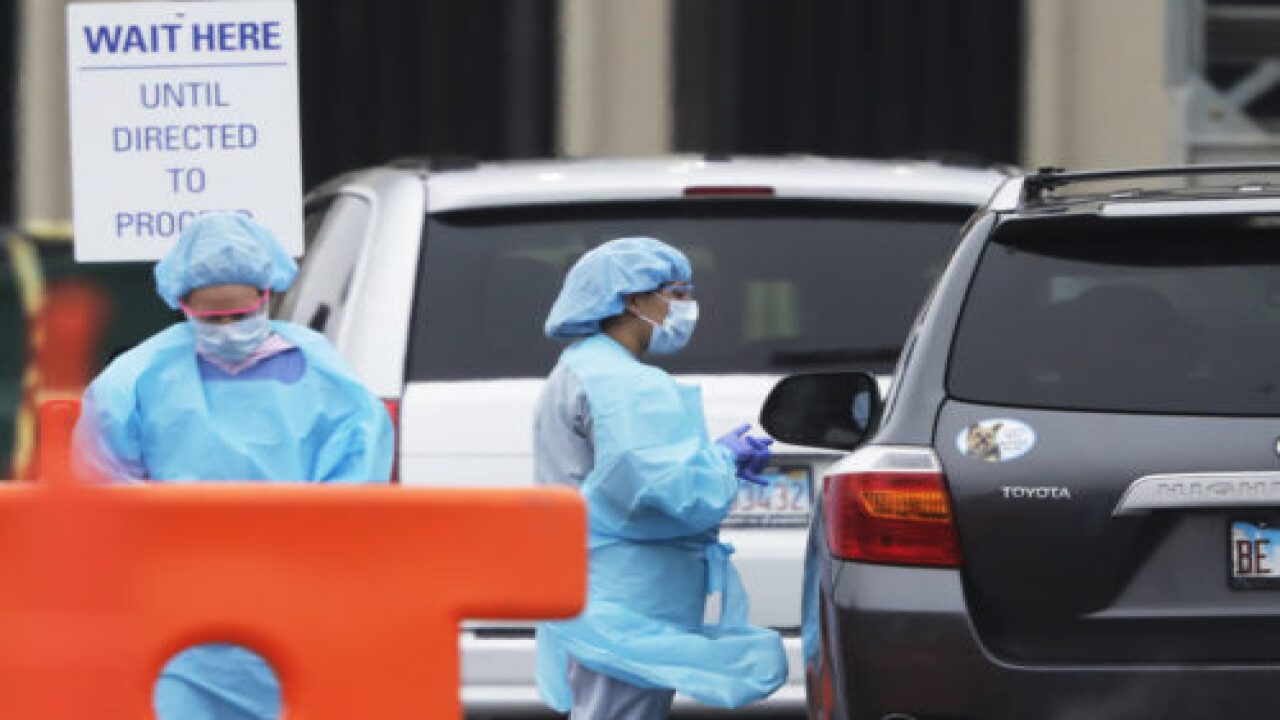 The state is ramping up COVID-19 testing efforts promising a "testing blitz" over the next few weeks. Most of those are tests for the active virus.

But Governor Doug Ducey's office is also promoting antibody testing that is supposed to indicate whether you've had the virus in the past.

It's happening despite growing concern over the accuracy of those antibody tests.

You may have seen ads for those tests from hormone treatment clinics and med spas.

But the Food and Drug Administration has only approved eight antibody tests so far.

There are dozens and dozens of others not tested by the FDA and allowed on an emergency basis if "validated by the developer to be accurate and reliable."

"When you say something is positive does that really mean people had Covid-19 or do they have some other virus that is cross-reacting," she said.

At the time, she said the Mayo Clinic ran 5 tests through vigorous testing and came out with two they found reliable.

Neither one at the time was approved by the FDA.

Yet despite the concerns, the governor's office is promoting the antibody tests as part of their big new push for expanding testing in Arizona.

It's happening even though the governor's own health department says antibody tests are not reliable.

In an email last week before the governors announcement, an Arizona Department of Health Services spokesperson responded to my questions.

She wrote "it is unknown if a positive serologic (antibody) test for COVID-19 means that someone is immune to COVID-19".

She said tests may be "falsely positive... therefore ADHS is not recommending the use of COVID-19 serologic tests to diagnose infection or immunity at this time."

She said ADHS would be monitoring and evaluating regularly.

We asked the governor's office given what the health department says, what is the purpose of promoting antibody testing?

The governor's office says the tests are "White House and CDC recommended."

They said it's not a cure all but important in identifying community exposure.

Humble, now with the Arizona Public Health Association says he understands why people would want an antibody test.

He says if you do get one, consider going to someone you trust and already know.

He says that could be your current primary doctor who may have connections with labs and other professionals.

Humble says if the test comes back negative, operate as if nothing has changed meaning continue your vigilance and social distancing.

But he says if it comes back positive, remember it's just a screening test, a quick indicator.

Humble says its important in a positive case, that you get a more quantitative diagnosis test before going out assuming you were exposed and are now immune.

Here's the response to The Rebound Arizona from Governor Ducey's office:

"In order to understand more about antibody testing, further study is needed, which is why the Department of Health Services is partnering with the University of Arizona and more to conduct this testing.

Former FDA Administrator Scott Gottlieb recently had this to say of the university's antibody testing efforts: "That's the right thing to do. That's a big seroprevalence study. They're going to get a good indication of what the background exposure is to coronavirus in that state. "And the test that the doctor talked about, it sounds like a very accurate test. That's the kind of test you want to deploy to figure out what percentage of people have been exposed to coronavirus. It has a high "specificity." You're likely to get fewer false positives. What that means is when people do take the test and it says that they have antibodies, they're more likely to actually have antibodies using a test like that."

As the governor has said, antibody testing is not a "cure-all," but it is an important step to identifying community exposure, helping us make decisions about how we protect our citizens, and getting us to the other side of this pandemic more quickly."