How much? Arizona moms paying hundreds for bee removals 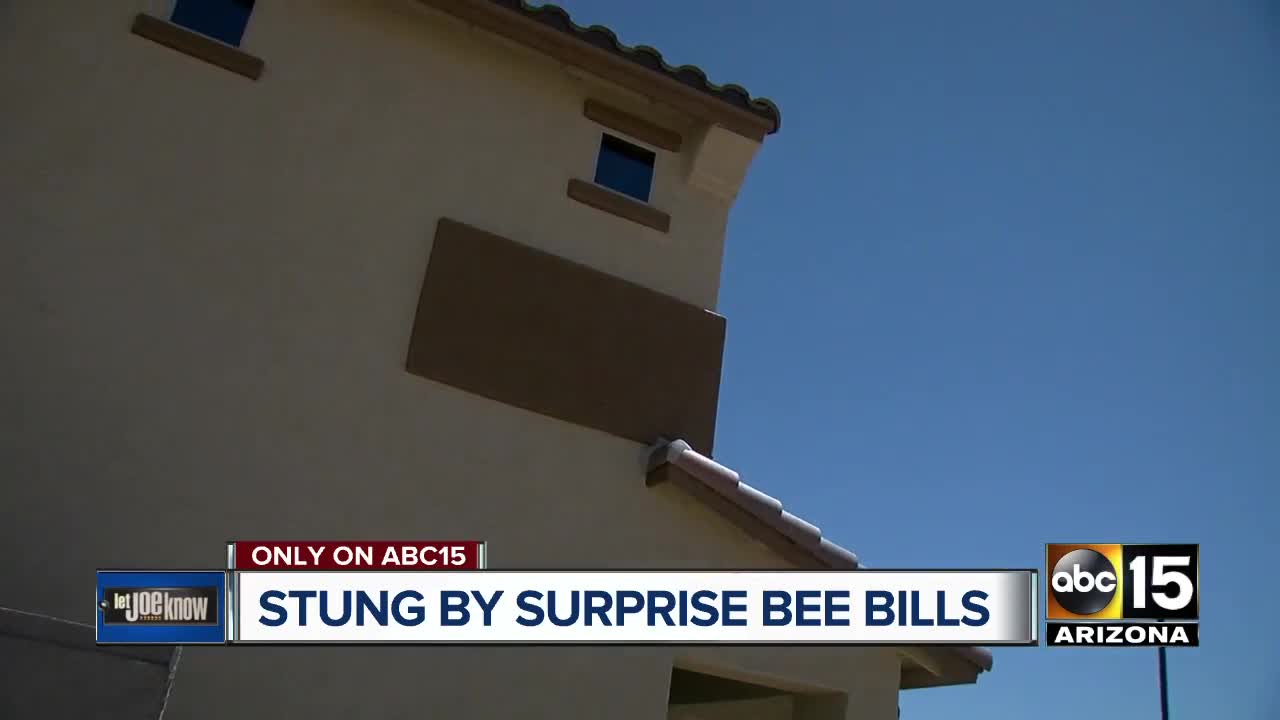 It's easy to panic when a swarm of bees is buzzing around your home. But how much should it really cost you to remove them? 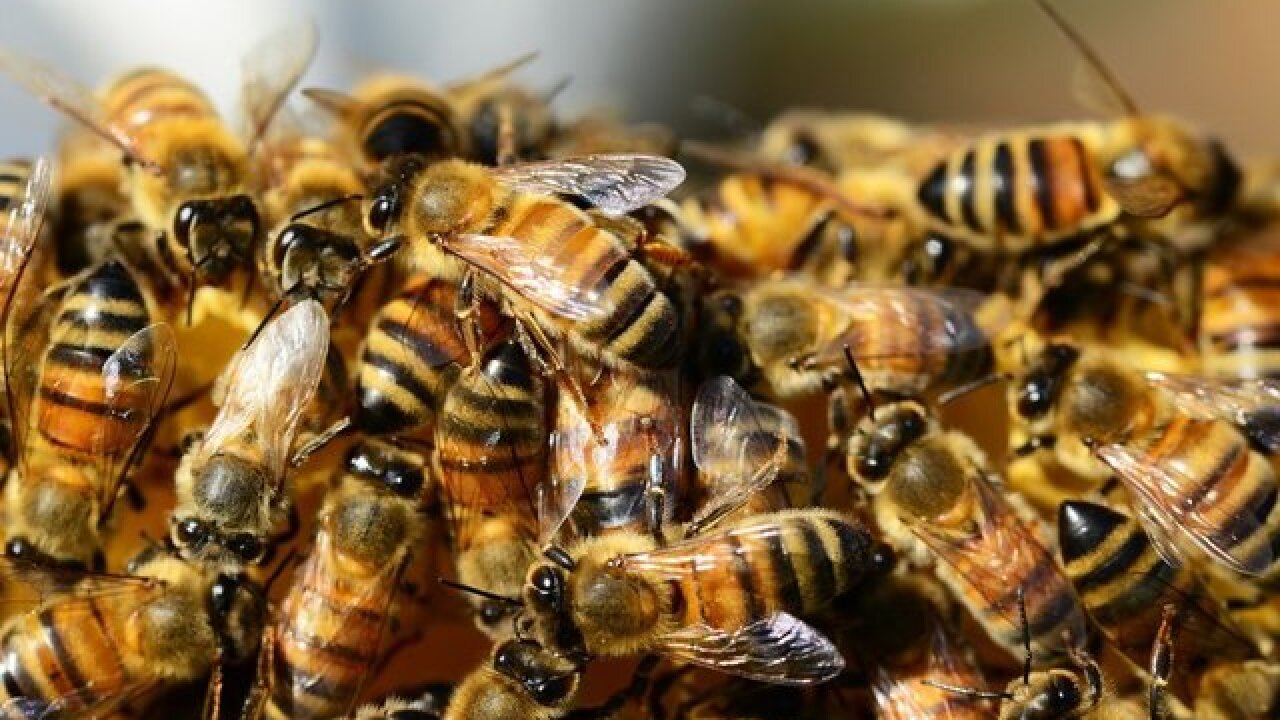 PHOENIX — It's easy to panic when a swarm of bees is buzzing around your home.

But how much should it really cost you to remove them?

Kailey Baker, of Surprise, let me know she paid $695 for a company to come and spray bees at her house.

"I just wanted to get rid of them," she said.

Her regular pest control company did not handle bees, and the company they recommended didn't pick up.

So she did a quick search online and said Mountain View Pest Control in Phoenix was one of the first results.

It was a similar story for Teresa in Mesa. Except she paid $995.

Each says they called the company but were not given a verbal or written estimate of costs before workers with Mountain View just started working.

"I noticed someone was outside on a ladder spraying," Teresa said.

Teresa says she never finalized any deal by phone, but less than an hour later, her worker arrived, finished, and then told her, "For $395 they would add the white chemical dust, and that would provide a guarantee."

Thinking it was $395 for everything, she says she agreed. Instead, the price came out closer to $1,000 because the dust was actually an additional cost.

She says the whole thing lasted about 20 minutes.

Mountain View Pest Control gets an F from the Better Business Bureau.

The BBB issued an alert warning that "prices are not displayed on the business website," and concerns that services provided are "more than initially discussed."

None say they'd charge more than $300 for the same situations: no honeycomb removal, no tearing out a wall, and bees located outside of a structure.

But businesses can charge whatever they want.

These consumers say what's unfair is being surprised and not knowing how much it would cost even when some asked.

Kailey says she was told, "The technician will let you know when he gets there and assesses the situation, and I was like 'Ok, that's fair.'"

But when he arrived, she said he automatically starting putting on his bee suit and headed up a ladder.

"I'm like, 'Okay he's probably just going up to look at it,'" Kailey said.

When he came down, Kailey says he'd already sprayed and offered them $395 dust guarantee on top of a $695 charge that she didn't even know about, which is not what she says the business told her would happen.

"You would let me know how much is going to be once you assess the area," she says she told him. "He just stood there like, just staring at me."

Stunned, she declined the dust.

We asked a different pest control company for ways to avoid paying more than expected for bee removal.

"Just take your time, calm down. When bees show up, don't panic and start shopping," Marshall said. "You're going to need to get three to five estimates."

Marshall says reputable companies should be asking you questions.

Like where the bees are located and how long they've been there. Those factors help companies give a more accurate estimate.

If the bees are outside, he says to stay away.

And give it a day or two, because scouter bees often leave on their own. We heard similar advice from other pest control and bee removal businesses that we called.

But what if they're inside?

"Put a towel in front of the door so they can't get in," Marshall said.

If you can close off the area, do it. If not, leave and call around for same-day estimates.

Also, keep in mind that prices will be higher if there is a honeycomb removal, or a contractor has to open a wall.

Even then, calling around right then and there could save you hundreds, if not thousands.

Marshall also recommends contacting a beekeeper over an exterminator because they will find somewhere for them to go.

In a brief conversation with Mountain View owner Joe McDermott, he told us said they do give estimates but wouldn't say more.

Now, about the products the company uses. The state verified the active ingredients for us.