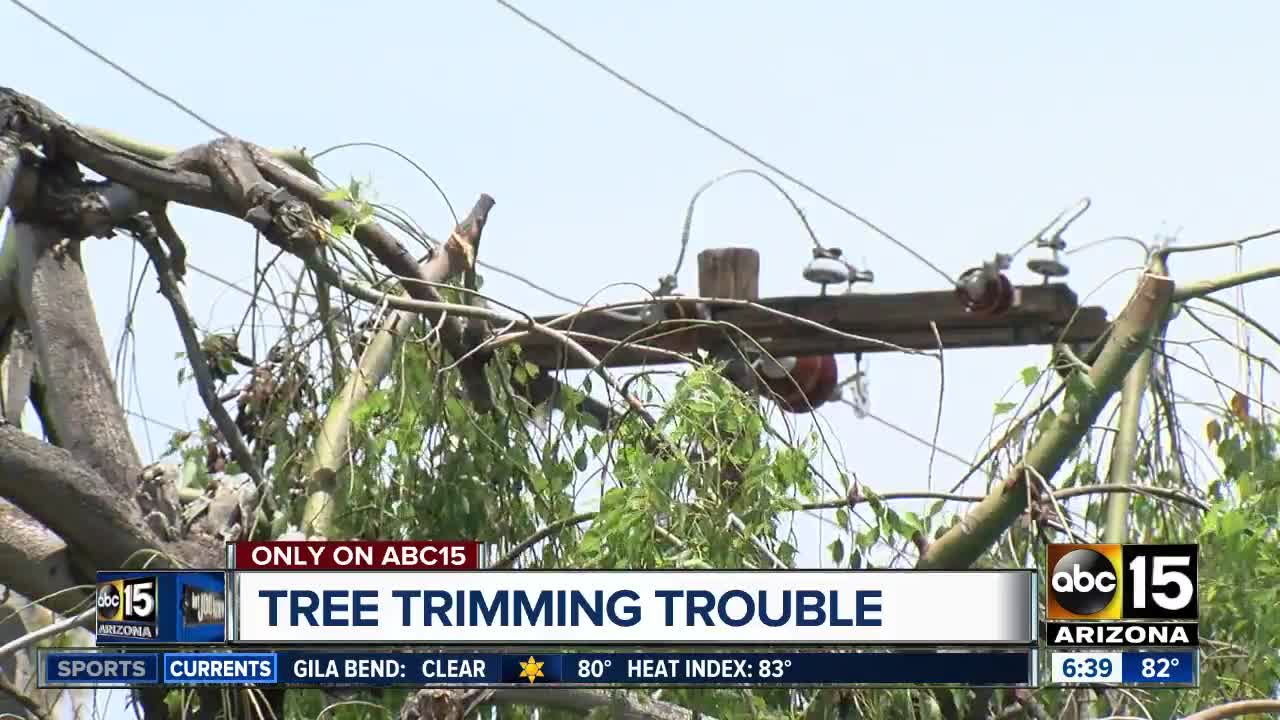 Connie Baggesen came home one day in July to a couple of eyesores after tree trimmers with Salt River Project cut off more than ever before. 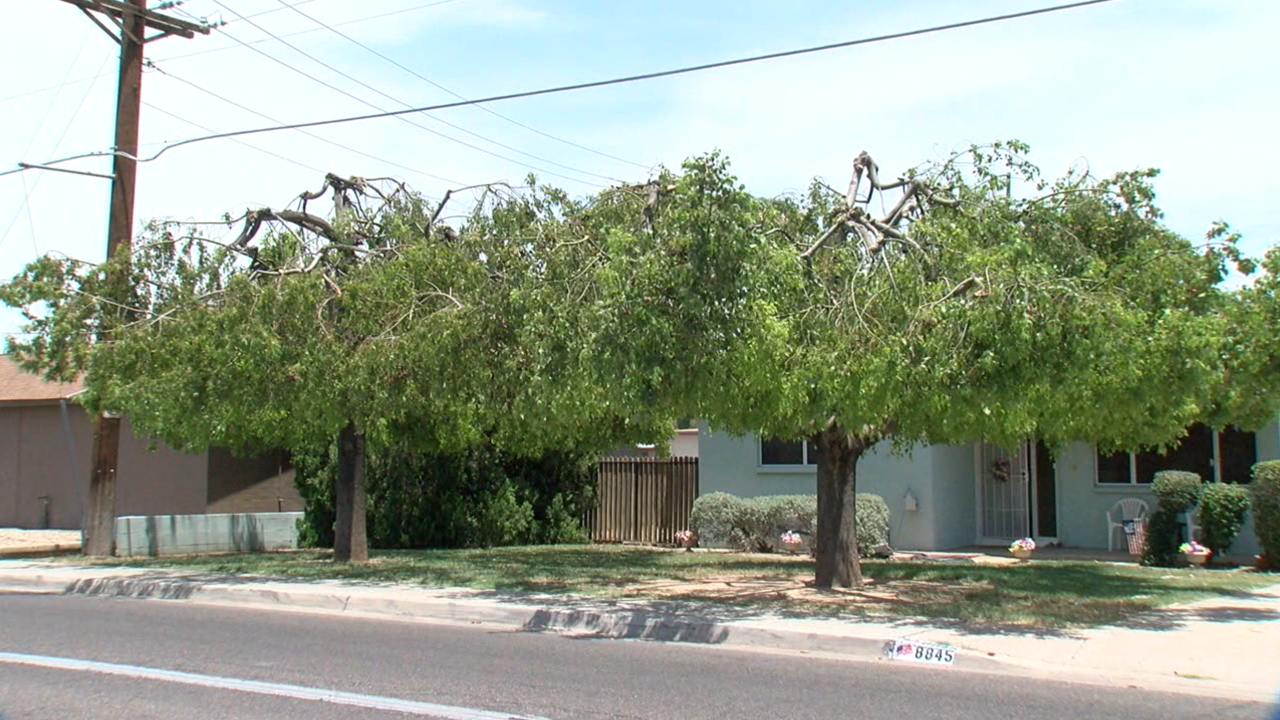 PHOENIX — For more than 50 years, Connie Baggesen has counted on trees in her front yard to provide much-needed shade to her west-facing house.

She says she came home one day in July to a couple of eyesores after tree trimmers with Salt River Project cut off more than ever before.

"I just couldn't believe that they had done them this extreme," she said. "They went down to trunks and big branches."

She's afraid the trees are dying, so she complained to SRP. They sent out an arborist.

"He agreed that it was extreme," she says.

SRP says it was doing its job.

The utility's website says it uses "directional trimming" to train trees to grow away from overhead lines.

A spokesperson tells ABC15 the arborist "determined that the trees are not in danger of dying..." but because of Connie's concerns he offered to cut them down and remove the wood.

Connie is not okay with that option.

"SRP should be responsible for at least giving me money to replace the trees," she says.

She's filed a claim for damages with SRP and sent them a quote for replacements.

"I realize I'm not going to get the shade and the size trees I have now but something that's a little more than just stick," she says.

She's waiting to hear a decision about the new trees.

Homeowners don't really have a say over how trees are trimmed when touching overhead lines, but Connie says she's usually home and talks with the people doing the work. This time she wasn't there and she's hoping not to let that happen again.

Click here to find out where SRP is trimming right now.