Despite error in billing, APS says Valley residents are responsible for $1,000+ bills 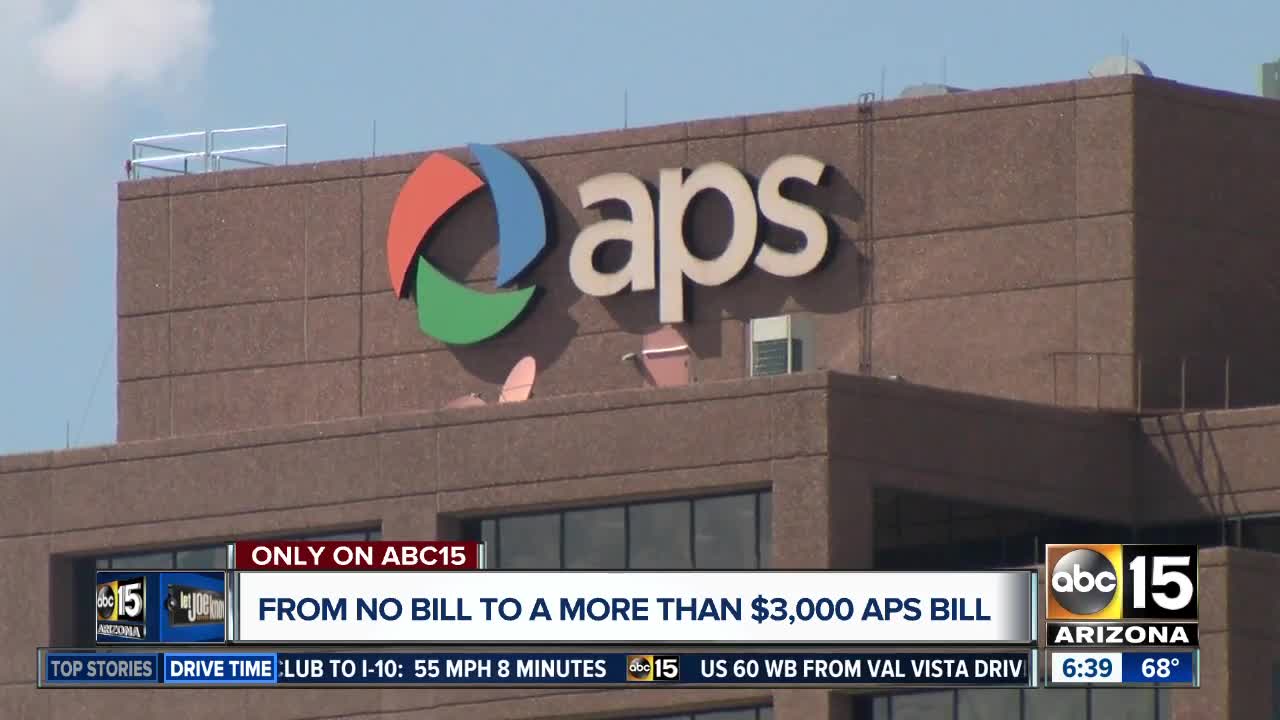 Electricity bills can soar here in the Valley, especially when temperatures hit record highs. Not one, but two Valley residents say they were blindsided when they each got a bill from APS for thousands of dollars. Turns out the two had not been billed for months, and APS just caught the error.

Not one, but two Valley residents say they were blindsided when they each got a bill from APS for thousands of dollars. It turns out the two had not been billed for months, and APS just caught the error.

Elyse Lohman says she received a letter in September 2019, stating she owed APS more than three thousand dollars. The letter stated the company had failed to send her regular bills each month, so a "larger than normal" balance had added up on her account. She says she had been calling APS for months, trying to sort out why she never got a bill. She says she was told her account had a zero dollar balance each time she called in.

Elyse said APS had given her two options; pay the more than $3,000 now or make payments for the next two years.

"You know we're already stressed about our summer APS bills, and this is quadruple, quadruple that!" said Elyse.

APS says they do not have any records of Elyse calling, but Elyse denies their claim.

While working with Elyse, the Let Joe Know Team learned she was not the only one with a problem. Mike got a similar letter in the mail.

In Mike's letter, it stated he had not been billed for a whole year. He says he had his bill set to auto-pay and didn't think to double-check it was paid.

In his case, though, it said he only had two weeks to come up with the money.

Both Mike and Elyse said when they reached out to APS, they were told to pay up.

"[It] makes me angry as well, because I know a lot of people in Arizona can't afford their APS bills," said Elyse. "So they want me to make payments, plus pay my regular [bill]."

APS says an error on their end resulted in these larger than normal bills. They say a new billing system was put into place in 2017, so that may be to blame.

They say the energy was used, so the bill has to be paid.

An APS spokesperson said per regulation by the Arizona Corporate Commission, the time the customer was not billed, is the amount of time they will have to pay it back. They will also work with the customers should they need longer, so in Mike's case, he has at least a year.