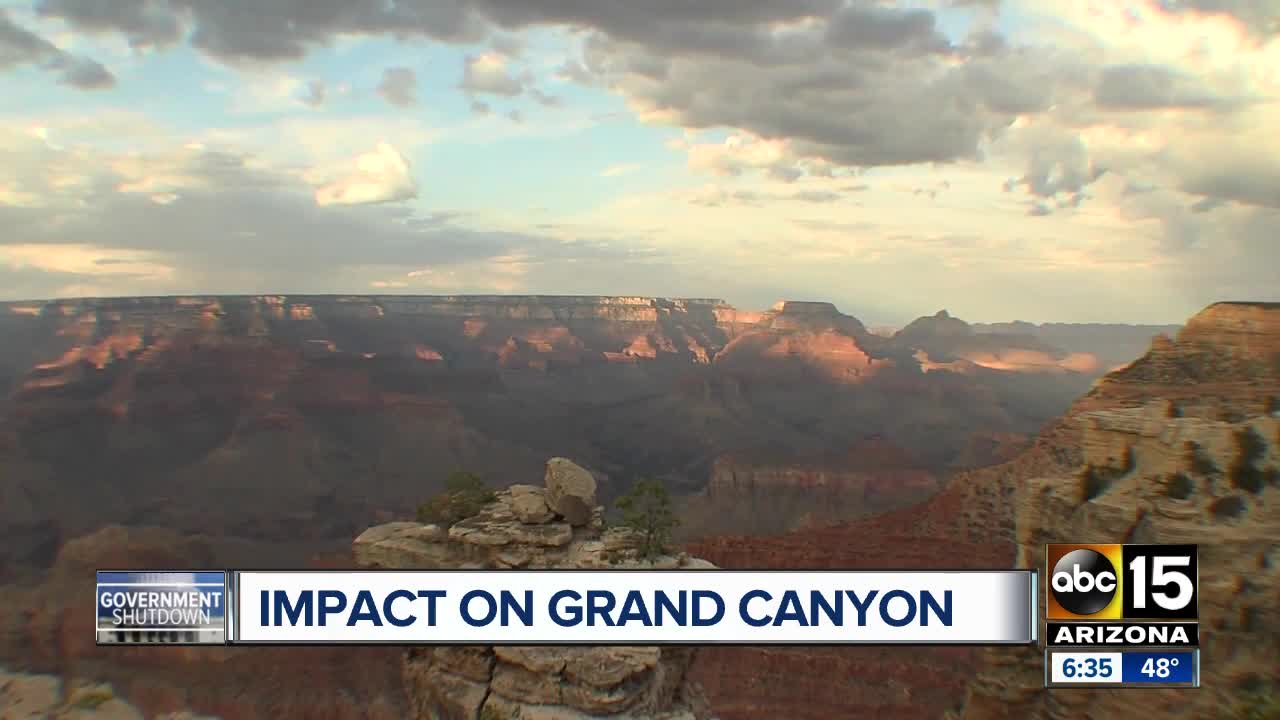 ABC15 takes a look at what steps are being taken to protect the Grand Canyon during the government shutdown. 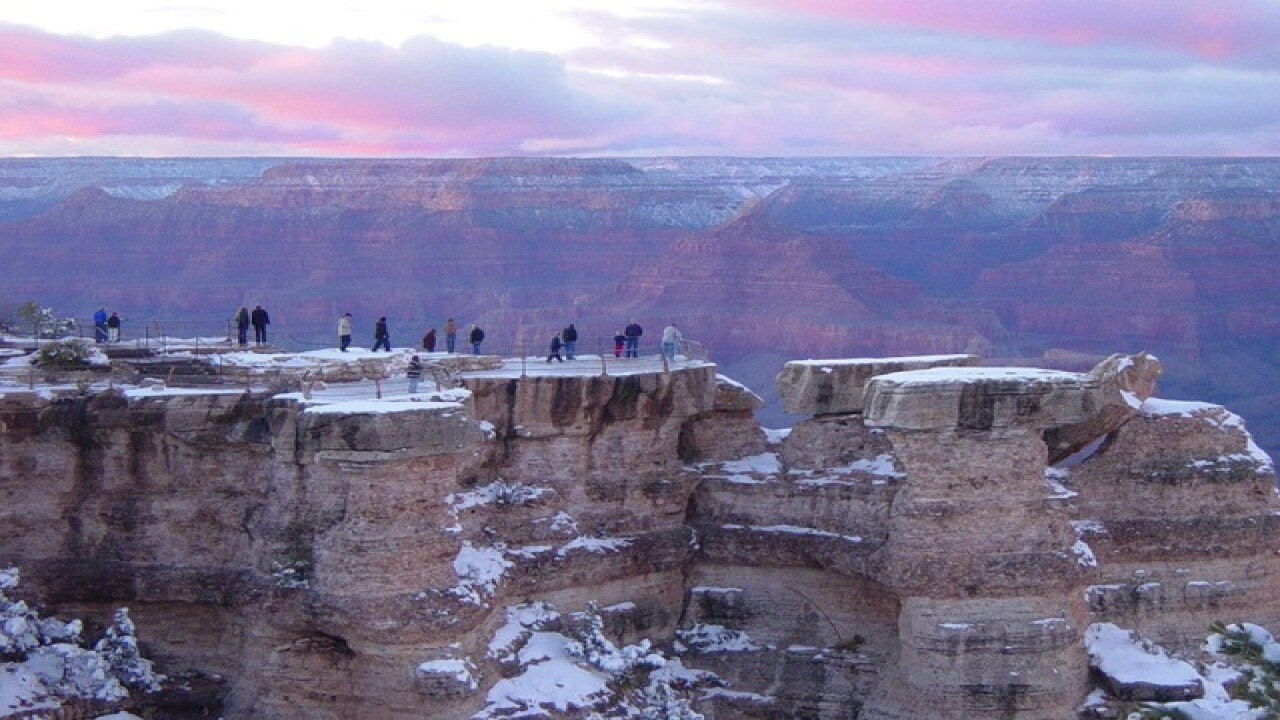 Across the country, national parks are taking a hit because of the government shutdown.

In California, Joshua Tree National Park was forced to shut down because toilets were overflowing. In Washington D.C., garbage is piling up outside the National Mall.

In Arizona, the view of the Grand Canyon is still spectacular and clean.

According to Erin Ford, a reporter at Williams-Grand Canyon News, visitors are respecting the property.

"The bathrooms are all open," Ford said. "The trash is not overflowing."

That's because Governor Doug Ducey issued an executive order last year allowing trash pick up and restroom maintenance to continue during a shutdown. The governor's office tells ABC15 those services are provided by National Park Service employees, being paid by funds contributed by the state.

However, not everything remains the same. Ford says people aren't paying at the entrance gate, because no one is there. The visitor's center is also closed.

"It's just a feeling that there's a really big crowd of people with a little bit less direction," Ford said.

Roger Clark, director of the non-profit Grand Canyon trust, says there are already parts of the park that need to be better maintained.

"If visitors who come to the state who want to visit the Grand Canyon can't have the experience that they're looking for, then everyone suffers," Clark said. "The Grand Canyon is underfunded and this really adds insult to injury."

*Some photos in the video above are provided by Erin Ford/Williams-Grand Canyon News at grandcanyonnews.com.