With Prop 207 passed in Arizona, how long will it take before you can buy marijuana? 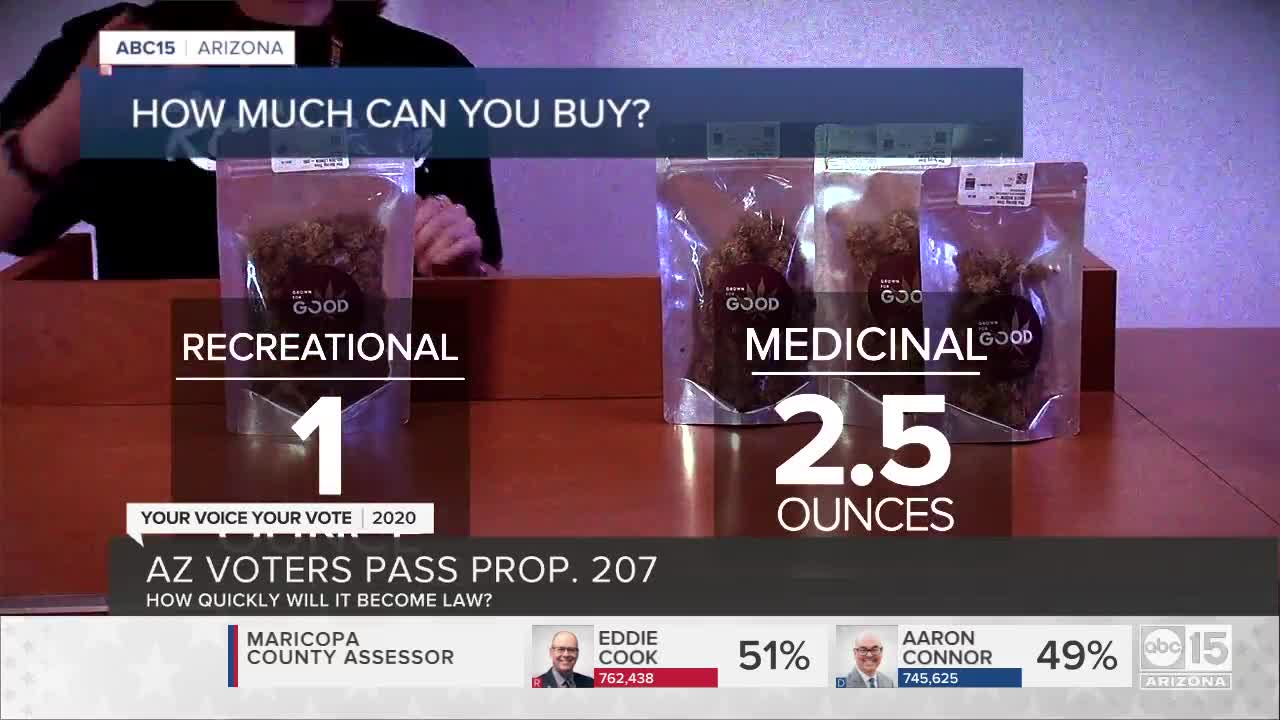 With Prop 207 passed in Arizona, what happens next? 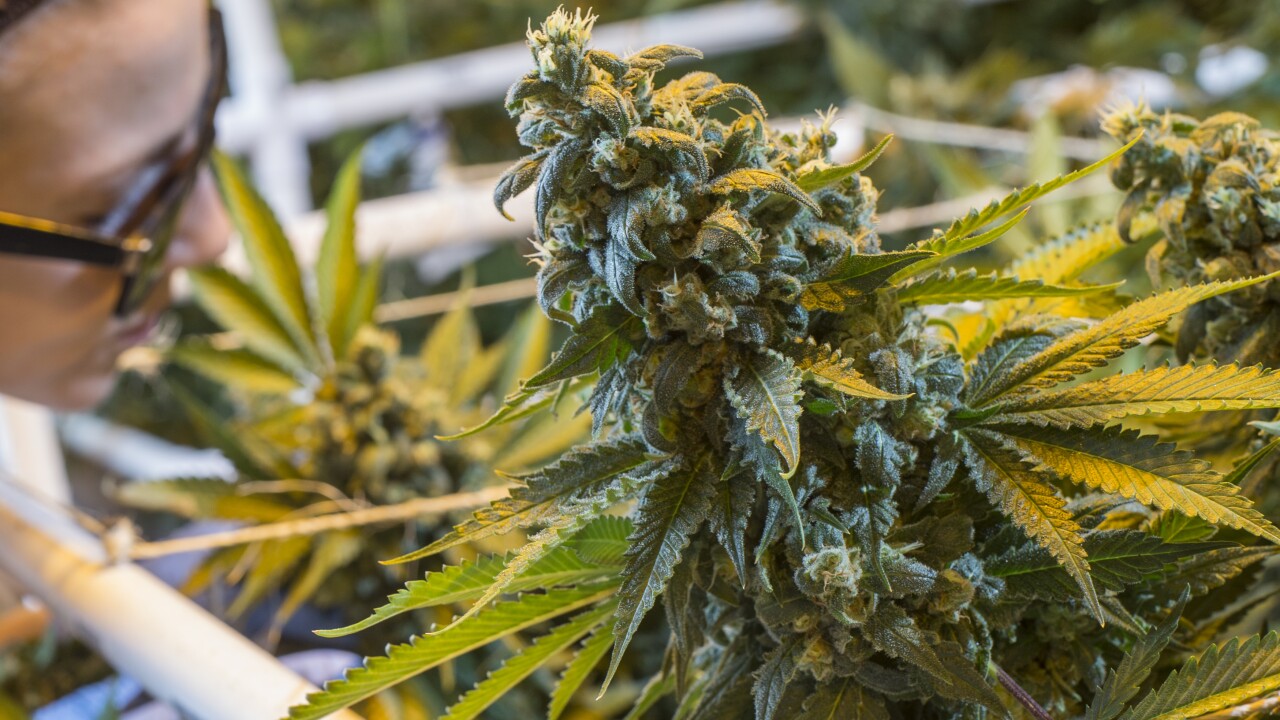 PHOENIX — According to a projection from the Associated Press, Arizona voters overwhelmingly passed Prop 207 to legalize recreational marijuana.

Under the proposal, adults 21 and older would be allowed to possess up to one ounce of marijuana, of which five grams can be concentrated.

Now, questions understandably remain. When will people be allowed to smoke marijuana recreationally? How soon will they be allowed to buy it? And from where?

The answer: not immediately. It is going to take some time to hash out the details.

Those behind the proposition told ABC15 that there is a lot of work that still needs to be finessed.

Chad Campbell, of Smart and Safe Arizona, and a supporter of Prop 207, told ABC15 that the results of the election have to be canvassed and certified -- otherwise, made official -- and then Arizona Gov. Doug Ducey will have to issue a proclamation.

From there, the details will be announced. Arizonans will be allowed to grow a set amount of marijuana plants in their homes for personal consumption.

Dispensaries will likely not be allowed to sell marijuana for recreational use until next year, possibly May, because the Arizona Department of Health Services, the agency that would be in charge of regulating the marijuana industry, will have to establish ground rules.

Currently, they have until May 2021 to do that.

Campbell said dispensaries could begin the process of applying for a license to grow and sell marijuana as soon as January 2021. Dispensaries that are already established in the state would receive the first issued licenses, he said.

That is because these facilities have already been in the business of selling marijuana for medicinal marijuana, and the state has already vetted, approved, and worked with them. Those dispensaries would also have to be in good standing with the state, he said.

However, while it may be eventually legal to smoke marijuana recreationally, there are restrictions that consumers need to know about, according to attorneys.

For example, people cannot smoke in public, including at public parks, on public sidewalks, nor inside restaurants. Employers also have the right to prohibit employees from smoking marijuana and from having it with them at the office.

Employers will also have the right to discipline or terminate employees who are found to have marijuana in their systems, when prohibited.

Landlords and property owners, such as apartment complexes, will also have the right to allow or prohibit marijuana use on their properties.

Under the proposal, possession of up to an ounce of marijuana will no longer be considered a felony.

Advocates who supported legalization said it's about time, saying as Arizona was the only state in the country that still treated marijuana possession as a felony crime.

The initiative also allows for those who have been previously convicted of possessing small amounts of marijuana to apply to have their criminal records expunged, or erased.

That is a move that the American Civil Liberties Union of Arizona highly praised. The ACLU said felony convictions for a non-violent crime was destroying peoples' lives, hampering their abilities to keep their jobs and then find a new job, obtain housing, and interfered with child custody cases.

Advocates told ABC15 that it will still take time for law enforcement agencies, prosecutors, and the court systems to figure out exactly how those expungement processes will work. It could be until summer 2021 before that process is in place, advocates said.

Those against Prop 207 argued that legalizing marijuana would increase its use among children and would lead to an increase in impaired driving and the illegal black market.