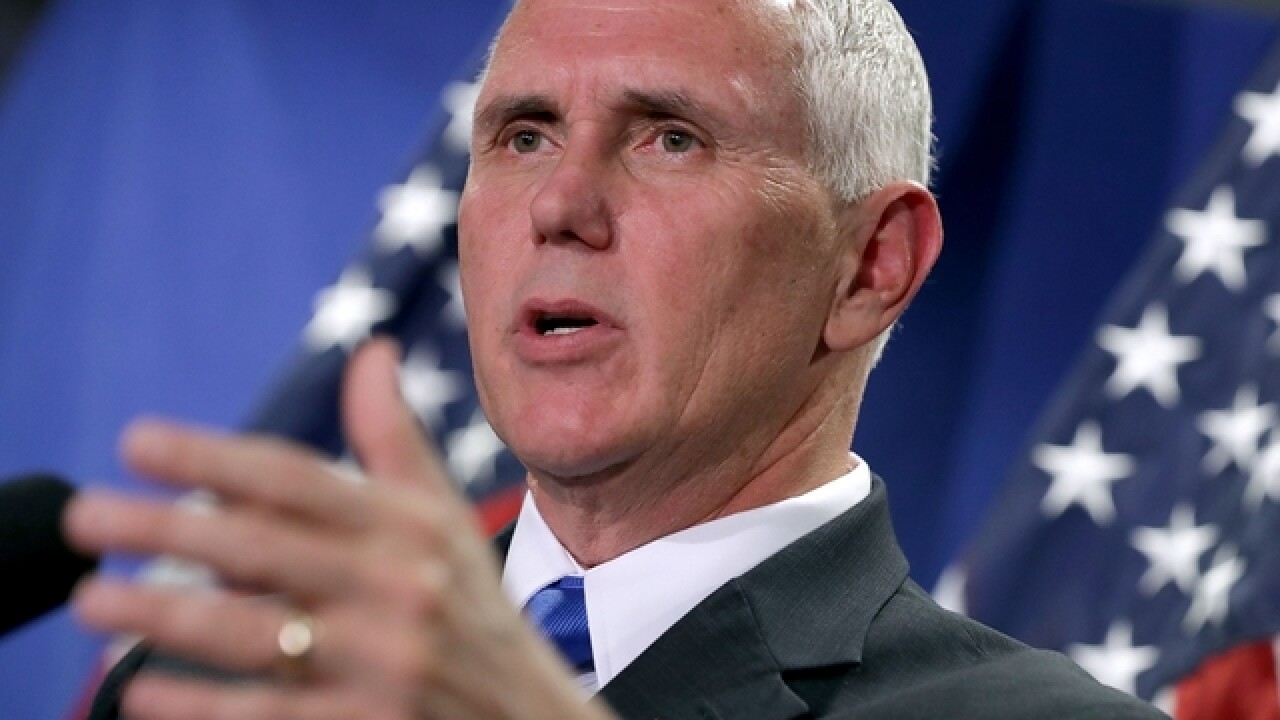 PHOENIX — Vice President Mike Pence made a stop in Arizona on Friday, capping off a week of Valley visits from the Trump campaign.

Vice President Pence headed to Phoenix to participate in a Libre Initiative Roundtable for Hispanic Heritage Month, according to White House officials.

He also joined a 'Veterans for Trump' event in Litchfield Park at The Wigwam Resort, before returning to Washington, D.C.

Watch live video from the 'Veterans for Trump' event below:

Vice President Mike Pence is in town, speaking at a Veterans for Trump event.

VP Pence gets standing ovations when talking about pro-life and pro-police stances.
“We’ve stood for the rule of law...with the men and women of the thin blue line.” pic.twitter.com/Qe1XVX8Ao4

The trip comes just days after President Donald Trump made a visit to Arizona where participated in a Latinos for Trump roundtable discussion. The Valley also saw stops from Ivanka Trump and Karen Pence this week, and will play host to Donald Trump Jr. next week.