President Trump campaign goes dark on local TV, but for how long? 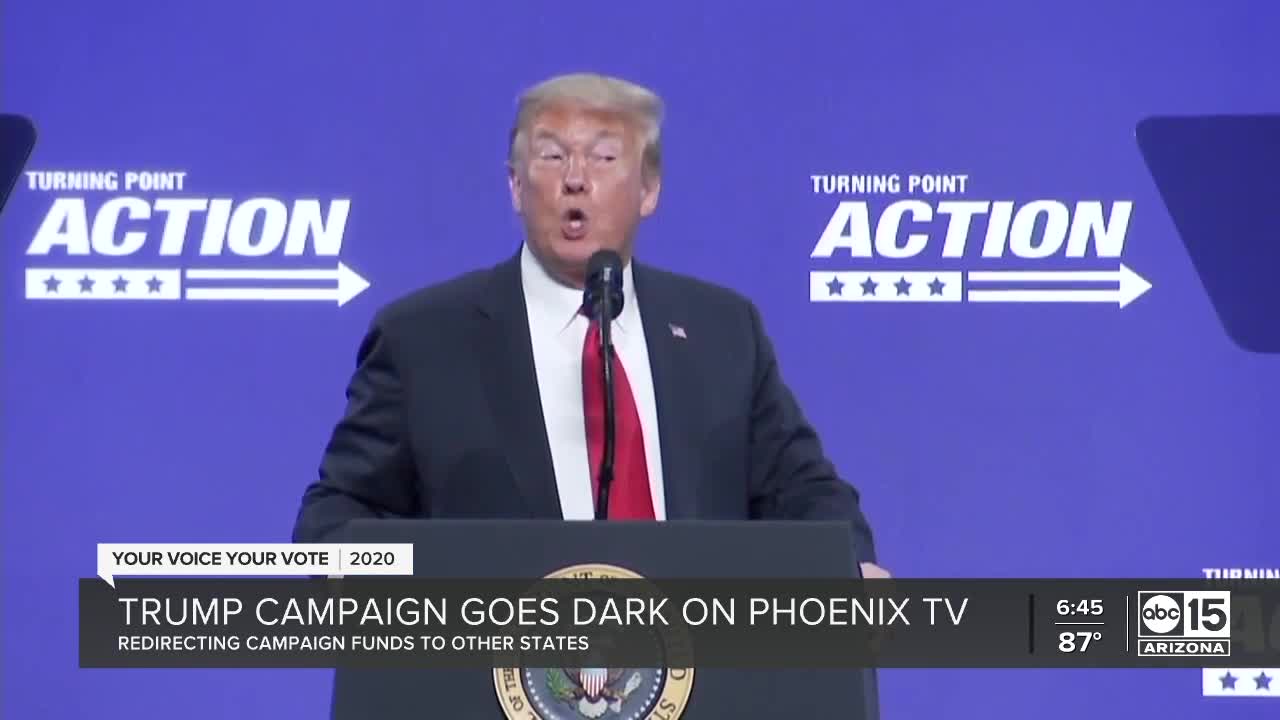 Campaign re-directing money to other states. 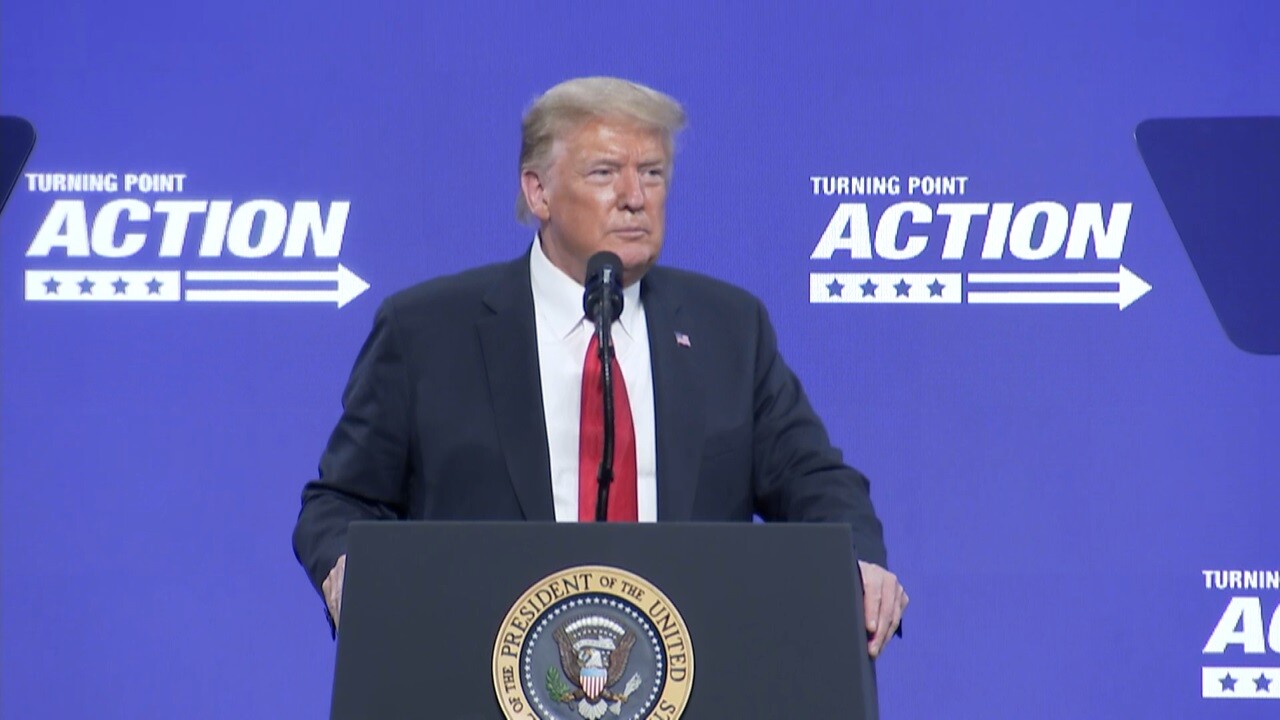 PHOENIX — President Trump’s re-election campaign has raised more money than any campaign ever, $1.1 billion dollars. But this week it’s removing more than a half-million dollars in TV ads from the Phoenix market.

“It’s hard to imagine that a presidential campaign spent over $1 billion dollars could run into cash trouble but evidently that’s part of the answer,” says Republican political consultant Stan Barnes.

The New York Times reported the Trump campaign actually spent $800 million so far. With contested races in battleground states, and Joe Biden close or ahead in states like North Carolina and Florida, the Trump campaign is going dark in Phoenix, pulling ad buys on ABC15 and other TV outlets this week.

On Wednesday, the campaign and the Republican National Committee announced it raised $210 million in August.

“With a permanent presence in the state since 2016, Arizonans have heard from the Trump campaign for years and know about the wins President Trump’s America First agenda has delivered for them in just one term,” Zager said. “Our team on the ground will continue to spread that message and talk directly with voters about Joe Biden’s nearly 50 year record of failed policies.”

Barnes said pulling ads for a week or two should not really have much of an effect, since Trump surrogates like the Republican National Committee and Conservative Political Action Committees will fill the void with anti-Biden commercials.

“My understanding is the Trump Campaign will come back when we have ballots on the kitchen table,” Barnes says. “Then they will advertise about turning out. That’s not a bad strategy.”

Currently, the Trump campaign is targeting states like North Carolina, which began mailing out ballots this week. While there is a possibility the campaign will hold off running ads for the remainder of September, as of now there have been no further cancellations.

According to a CNN report, the campaign for Democratic candidate Joe Biden spent $20.2 million in paid digital, television, and radio advertising through August 1 in Arizona.

For the week of September 8 alone, the Biden campaign has reportedly spent $1.7 million dollars on campaign advertising in Arizona.

According to a report from Politico, the Biden campaign reportedly has $17 million reserved between now and November 3 in the Phoenix media market alone.