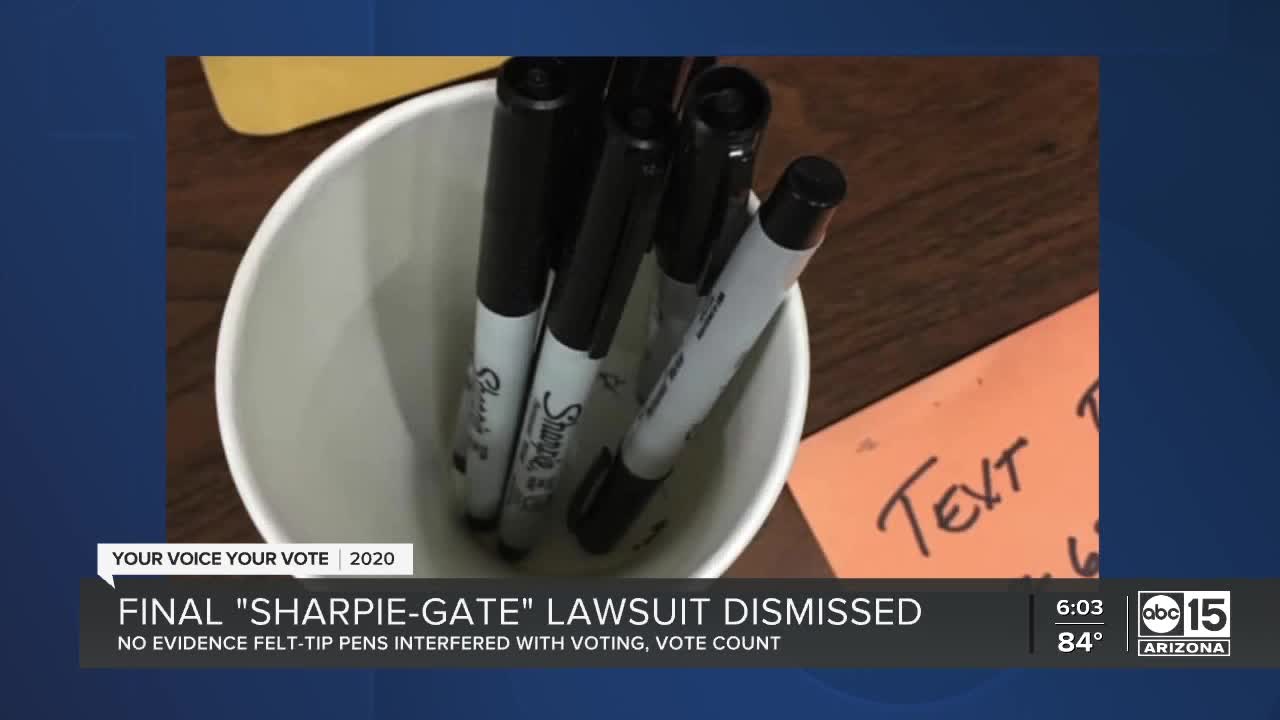 The final "Sharpie-gate" lawsuit in Arizona has been dismissed, the same day Maricopa County voted to certify its election results. 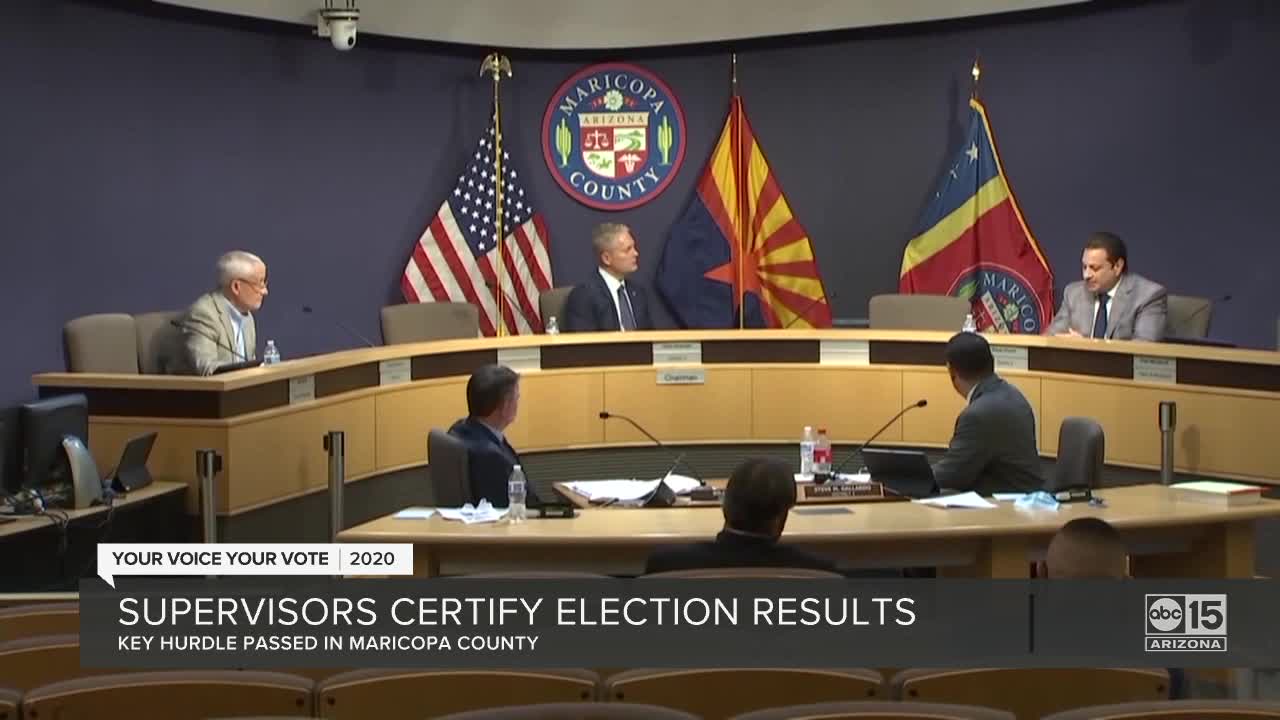 Another Arizona lawsuit claiming there were issues with the 2020 election has been dismissed by a judge Friday.

The lawsuit filed by Laurie Aguilera has been dismissed with prejudice after she claimed her vote was thrown out because it was marked with Sharpie marker.

Aguilera says she was given a Sharpie to vote with and when the ink bled through her ballot, it was denied.

Despite, the Secretary of State's Office and County Recorder's Office saying Sharpies would not affect the vote, other voters became enraged and misinformation swarmed the internet, sparking the 'Sharpiegate' controversy.

This is the third and final lawsuit the state of Arizona was facing from the Arizona Republican Party, the Trump campaign, and voters in regard to the election outcome that has been dismissed by a judge.

The news of the case being dismissed was followed by the Maricopa County Board of Supervisors unanimously voted to certify 2020 general election results.

IT'S OFFICIAL: The @MaricopaCounty Board of Supervisors certified the November General Election! The canvass certified the accuracy of the election results and provided the final accounting of all ballots cast in the #GeneraElection. https://t.co/9g5xATFDJx https://t.co/qdvi17MnVf pic.twitter.com/Hl6q6k0fTG

Here is the breakdown of votes cast in Maricopa County according to the board of supervisors:

"In the face of a pandemic, we expanded access to ensure voters had safe and secure voting options," said Maricopa County Recorder Adrian Fontes said in a statement following the vote. "It's incredible to know that more than 1.9 million voters were able to cast a ballot early in person at a Vote Center, by mail, or by dropping off their ballot. I'm proud to say we were able to pull off the most successful election in the county's history, building a model for the future of Maricopa County."