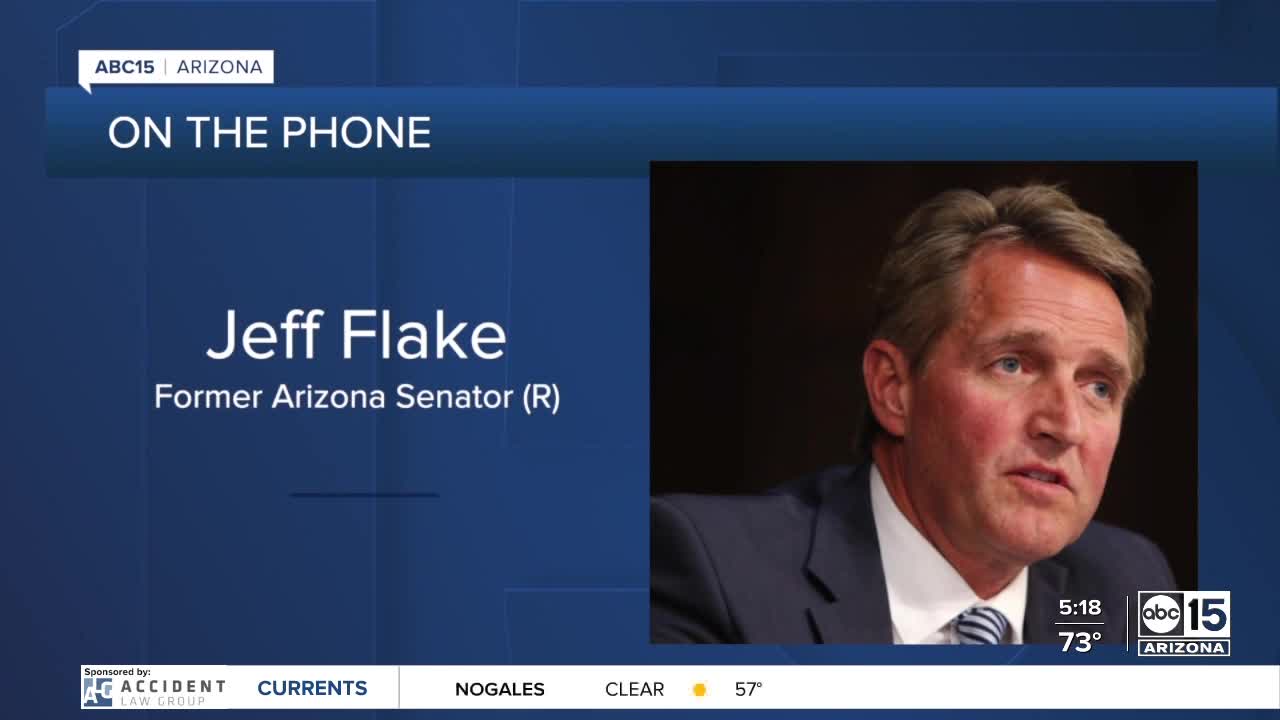 But this election comes with uncharted territory - for the first time ever, Flake, who is a Republican, will vote for a Democrat at the top of the ticket.

Watch the first part of our interview with former Senator Flake here.

"I think for the good of the country, we need to vote for the better man and I think the better man is Joe Biden," explains Flake, who endorsed Biden last month.

Flake also believes Arizona will go blue for Biden, even though State 48 hasn't voted for a Democrat since Bill Clinton in the 1996 presidential election.

But Flake also says all this talk about Arizona being a "purple state" may still be somewhat of a political mirage.

Currently, President Trump is trailing in most polls, both here in Arizona and nationally. But his team refutes this argument, referencing the amount of enthusiasm among his supporters, including the ones that gathered outside of Walter Reed this weekend, while the President was still hospitalized with COVID-19.

As for Flake's old stomping grounds, the U.S. Senate, he's not weighing in on who he's voting for in the race between Martha McSally and Mark Kelly.

He is choosing to open up about the current battle over President Trump's newest Supreme Court nomination.

"I think Republicans have made a mistake with pushing this nomination forward," explains Flake, referencing what happened in 2016, when Senate Majority Leader Mitch McConnell refused to move forward with President Barack Obama's nomination of Merrick Garland. At the time, Flake, who sat on the Senate Judiciary Committee, sided with Leader McConnell but says it's a decision he regrets.

"And if I had to do it over again, I have said many times since, I would have like to have moved forward with Merrick Garland. I met with him. He was a good jurist. He wasn't somebody far out of left field and would have made a good justice."

Flake goes on to say he supports Judge Amy Coney Barrett and sees eye to eye with President Trump on her qualifications.

ABC15's Nick Ciletti asked Flake to discuss how he thinks the Republican Party has changed since he entered the political arena.

"I'm very concerned about where our party is going. Anger and resentment are not a governing philosophy, and it's kind of run its course."

Another concern for Flake? He says the Republican Party needs to expand its reach and include more voters. He says if not, the party will head towards a "demographic cul de sac."

According to the latest numbers from the Arizona Secretary of State's office, the GOP still has the advantage, outnumbering Democrat-registered voters by more than 100,000.