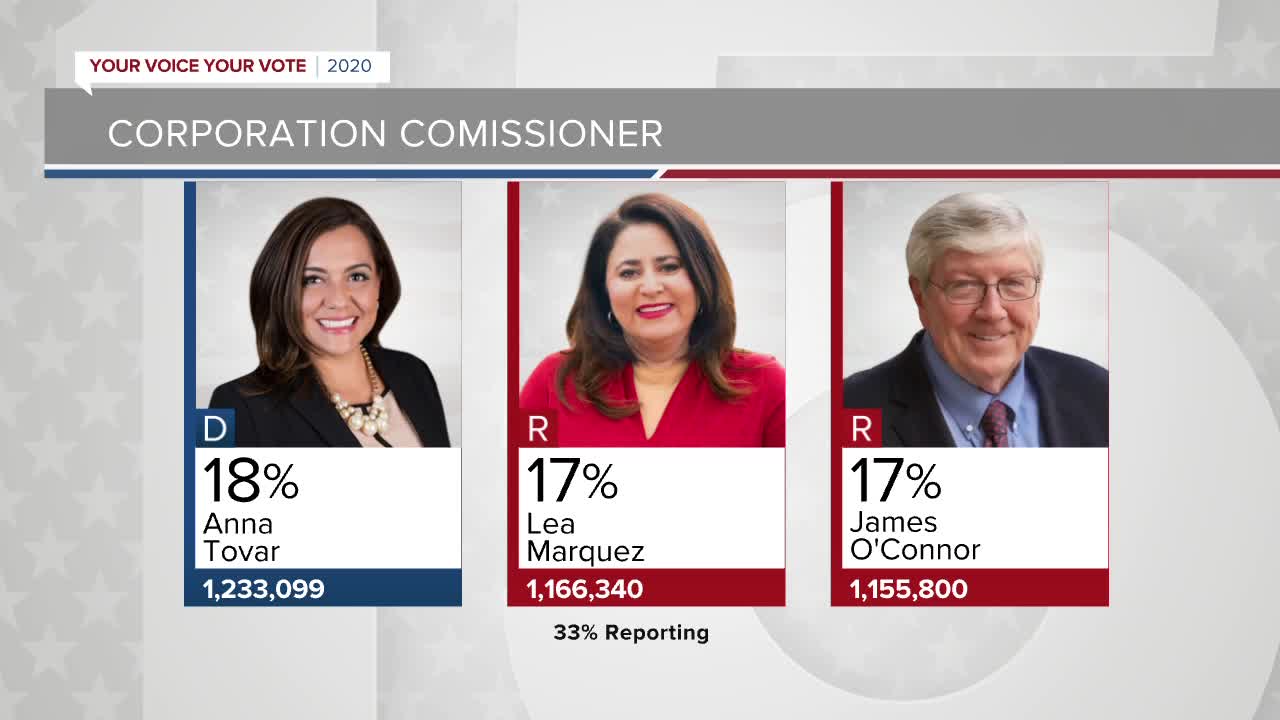 PHOENIX — At least two new members are set to join the Arizona Corporation Commission (ACC), which could change whether or not the newly-passed clean energy rules become permanent.

The ACC, a five-member commission, regulates investor-owned and private electric, water, and gas utilities in Arizona. Currently, there are three seats on that commission available.

Last week, in a bipartisan 3-2 vote, commissioners approved a long-delayed update to energy rules that would require regulated utilities in Arizona to be completely carbon-free energy sources by 2050, which is 30 years away.

The measure also included incremental targets, including reaching a 50% reduction in carbon energy sources by 2030 and a 75% reduction by 2040.

Chairman Bob Burns and Boyd Dunn, both Republicans, and Sandra Kennedy, a Democrat, voted in favor of the new clean energy standards. Republicans Justin Olson and Lea Marquez Peterson, who is running for re-election, voted against those standards.

However, the amendments and rules that would boost renewable energy standards, solar energy storage, and energy efficiency still require a final vote. An additional period of public comment must also happen before a formal rule-making process with the Arizona Secretary of State.

A new commission with new commissioners is expected to be seated before those final processes are completed, which could cause complications.

Brett Fanshaw, director of Solar United Neighbors of Arizona, who helped craft portions of the energy rules, is hopeful that the new commissioners with honor the former commissioners' decisions.

As of Wednesday evening, Marquez Peterson trailed challenger Democrat Anna Tovar in her re-election bid. Peterson is on record of being in favor of clean energy, but is opposed to renewable energy requirements for utilities to get there.

Republican Jim O'Connor, who was in third place in his election bid, has also expressed opposition to mandates.

If both Republicans win, the Arizona Corporation Commission would have a 3-2 advantage, over Democrats Tovar and Commissioner Kennedy.