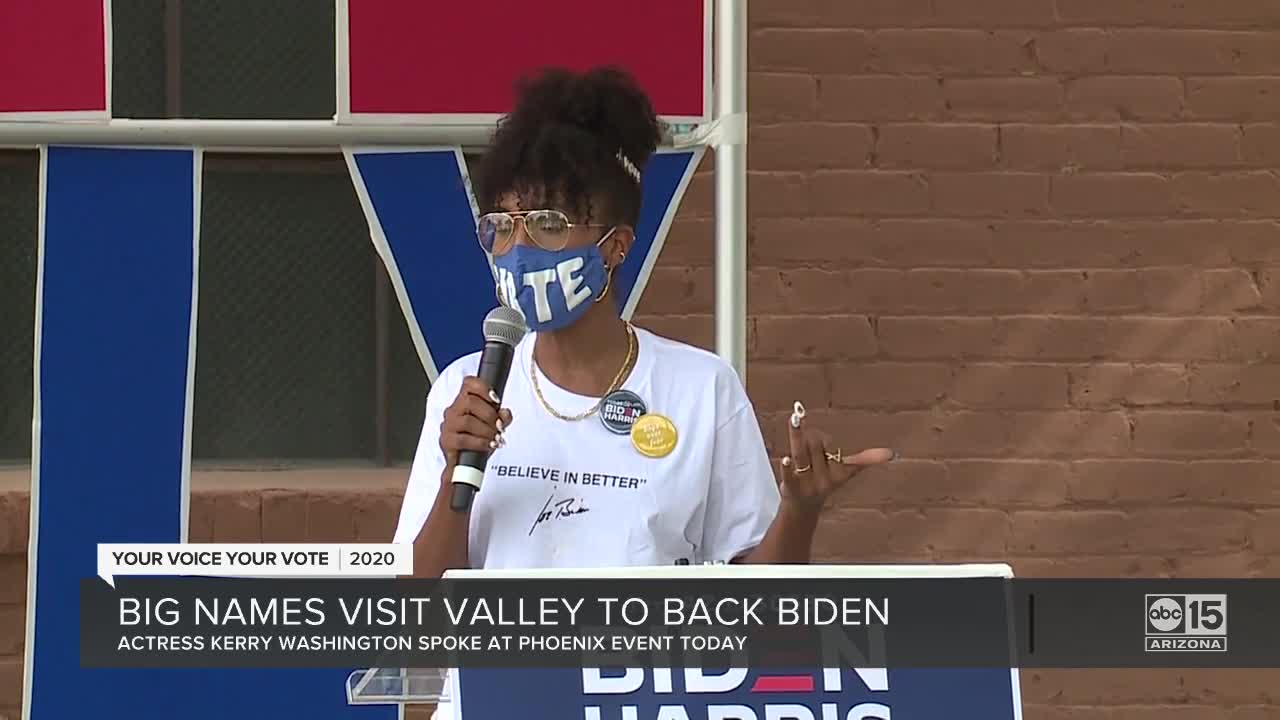 Democratic nominee Joe Biden is getting some help from some big names coming to Arizona this weekend. 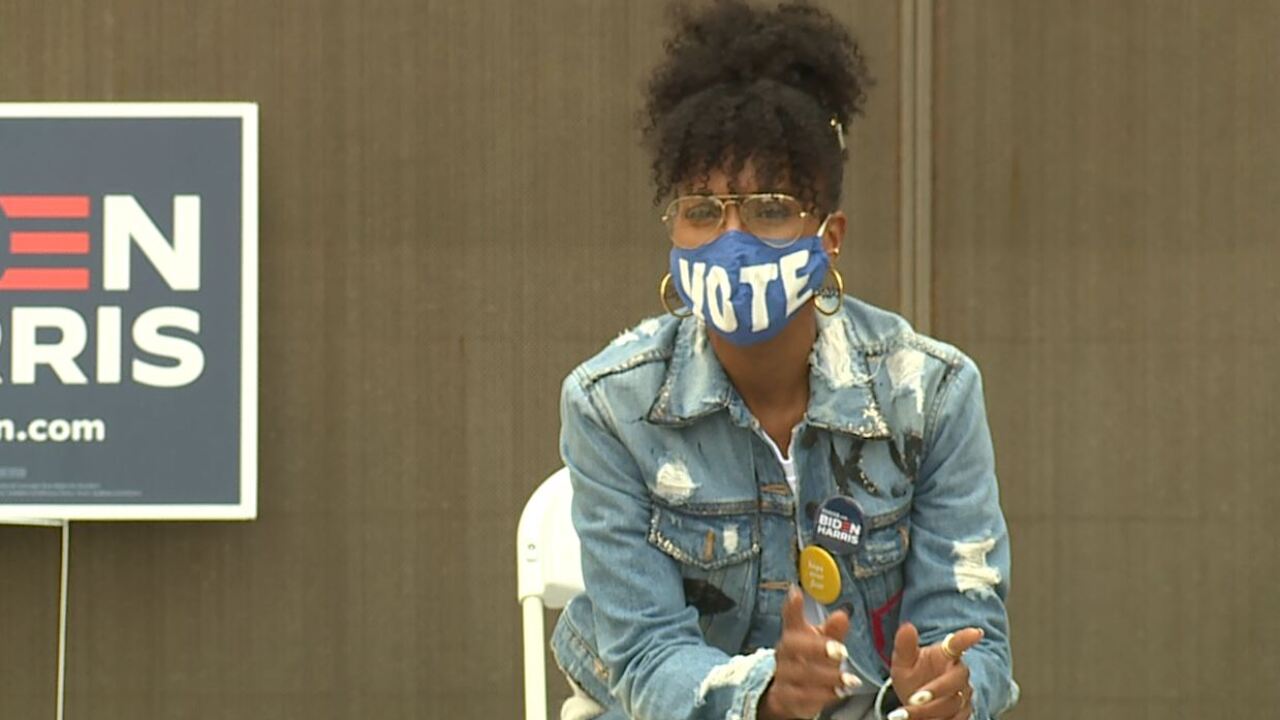 PHOENIX — Democratic nominee Joe Biden is getting some help from some big names coming to Arizona this weekend.

Kerry Washington was accompanied by her husband and former All-Pro NFL player and actor Nnamdi Asomugha.

She began her today meeting with a group of early voters then spoke to a socially distant crowd at Civic Space Park in downtown Phoenix.

"I'm here is to remind every single person that we meet that they have more power than I do because they live in Arizona," says Washington. "But also, the best person to influence your friends and family when it comes to voting behavior is you. It's not me. So it's to remind people that we need to step into our power and not to just be a voter but to be an advocate."

Washington isn't the only person lending their star power to the Biden campaign in Arizona. Singer Cher will be in the Valley Sunday and Monday.