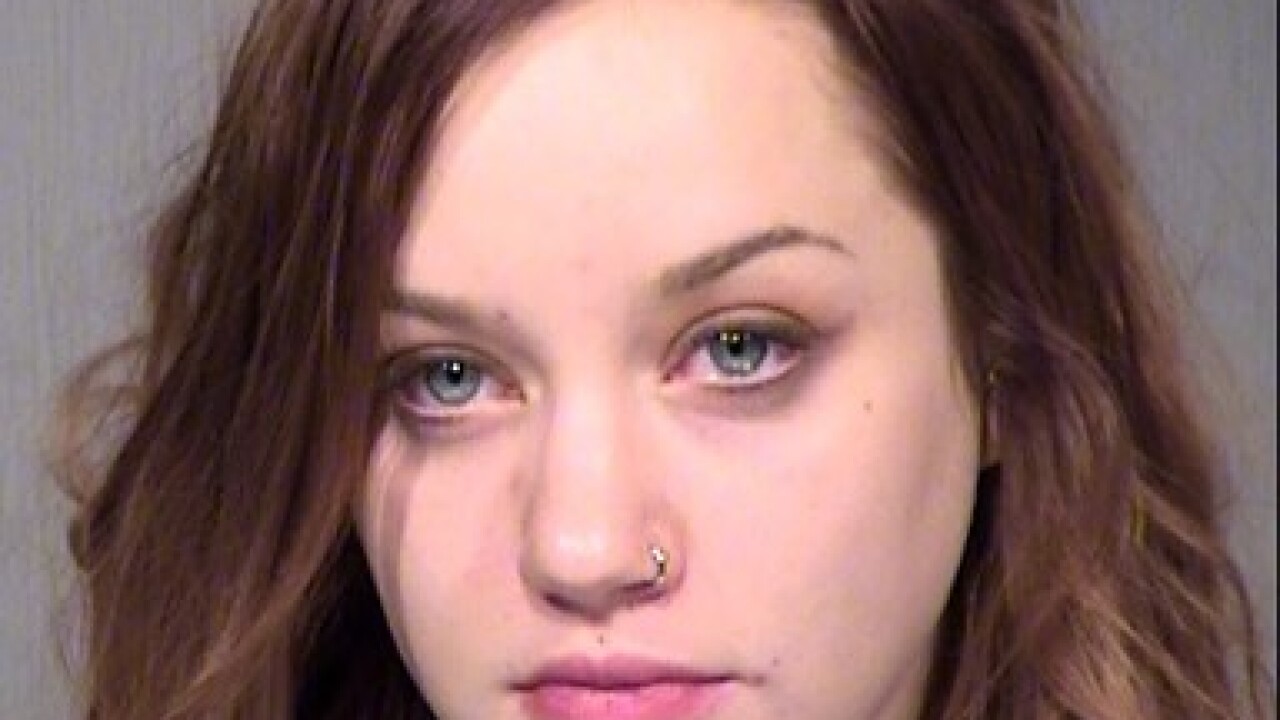 A Chandler woman who caused a deadly five-car crash on Interstate 10 while driving drunk has been sentenced.

Lauren Marie Tamburrelli pleaded guilty in September to two counts of manslaughter and was sentenced to 14 years in prison.

The Arizona Department of Public Safety responded to a multi-vehicle collision on I-10 near Wild Horse Pass around 9 p.m. on October 21, 2017.

A DPS spokesperson said witnesses identified Tamburrelli as the driver of the car that caused the accident.

The witness told DPS, “She is holding a child and smells like alcohol.” Tamburrelli also slurred her speech and "almost vomited while she spoke to herself with incoherent sentences," DPS said.

Witnesses said Tamburrelli's car rear-ended an SUV causing it to roll through the cable barrier landing in the opposite lanes of I-10.

The two people in the SUV were killed in the crash; one was thrown from the vehicle.

Court paperwork showed that both victim’s families were dissatisfied with the plea agreement.