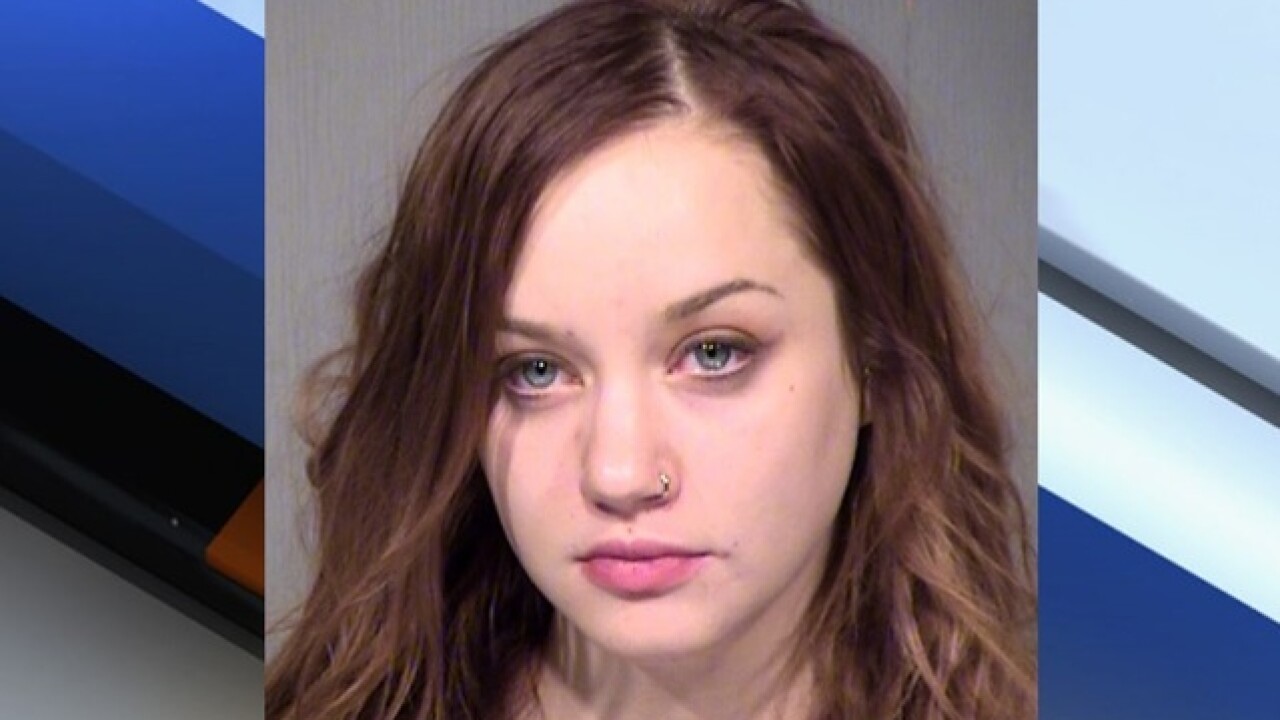 Copyright 2017 Scripps Media, Inc. All rights reserved. This material may not be published, broadcast, rewritten, or redistributed.
MCSO
<p>Lauren Tamburrelli</p>

A Chandler woman is accused of causing a deadly five-car crash on Interstate 10 while allegedly driving drunk.

The Arizona Department of Public Safety responded to the multi-vehicle collision around 9 p.m. on Saturday.

A DPS spokesperson said 26-year-old Lauren Tamburrelli was identified by witnesses as the driver of the car that caused the accident.

Tamburrelli was reportedly holding her 3-year-old daughter after removing her from her car seat. Witnesses say she was trying to walk away from the scene and was yelling at witnesses.

According to officials, Tamburrelli was staggering and witnesses were attempting to hold her up. She had a strong odor of alcohol on her breath and was experiencing "mood swings after being placed under arrest."

The suspect also slurred her speech and "almost vomited while she spoke to herself with incoherent sentences," DPS said.

Witnesses told authorities that Tamburrelli's car rear-ended an SUV causing it to roll through the cable barrier, landing in the opposite lanes of I-10. The two people in the SUV were killed in the crash; one was ejected.

Another vehicle was also hit by Tamburrelli's car, causing another injury. DPS says two more vehicles were hit by debris from the collisions.

Tamburrelli is being held on a $500,000 bond on charges of DUI, second-degree murder and nine counts of endangerment.