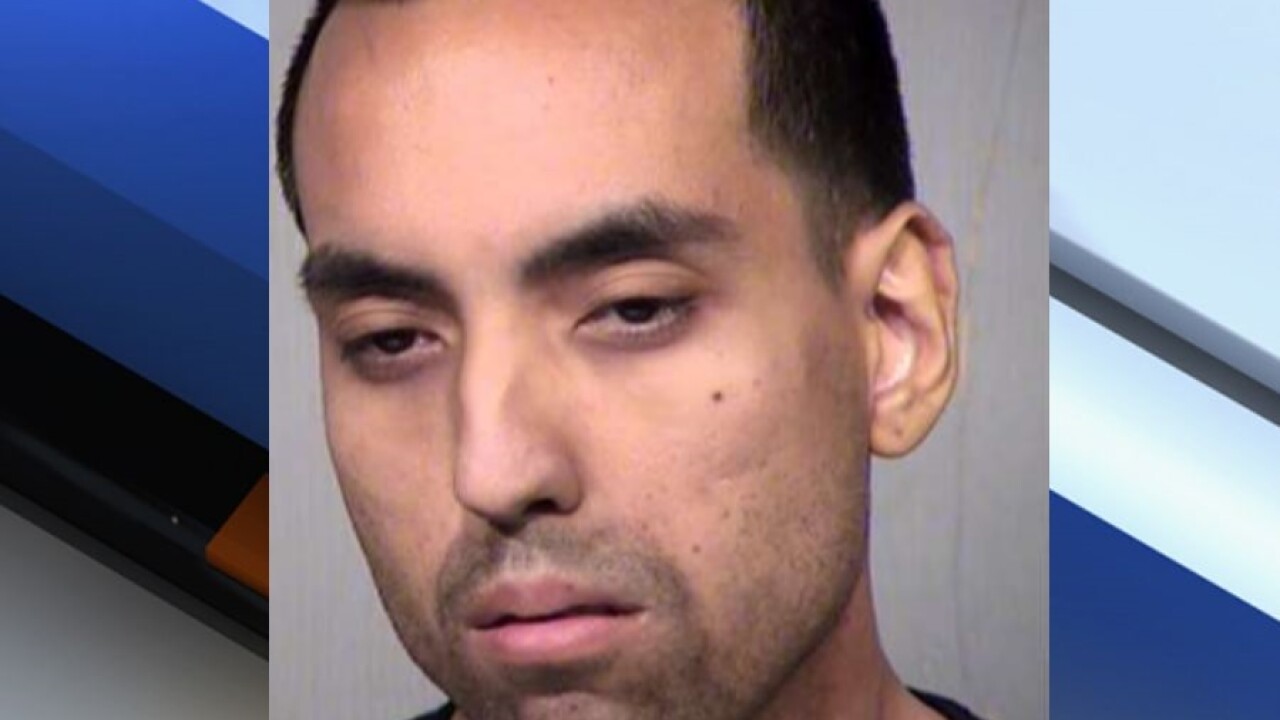 PHOENIX — A north Phoenix man has been given probation after pleading guilty to child abuse charges involving his young son who was found in a roach-infested apartment covered in feces.

Late last month, Jesus Andres Garcia, 26, pleaded guilty to misdemeanor child abuse. He was given supervised probation and cannot see the victim without approval from the Department of Child Safety.

Phoenix police report that on June 21, 2018, maintenance workers at an apartment complex near 7th Street and Bell Road contacted them after finding a 2-year-old boy alone in the apartment.

The workers entered the apartment to fix a water leak when they found the boy in a back room covered in his feces.

Police also say the air conditioner was turned off despite being operational.

Garcia returned home and told police that he left to get money, food and diapers. He said it was too hot outside to bring the child on his errands.

Doctors told police that the child suffered from malnutrition and weighed only 19 pounds. He was also unable to walk or talk.

Garcia will be formally sentenced on April 1.