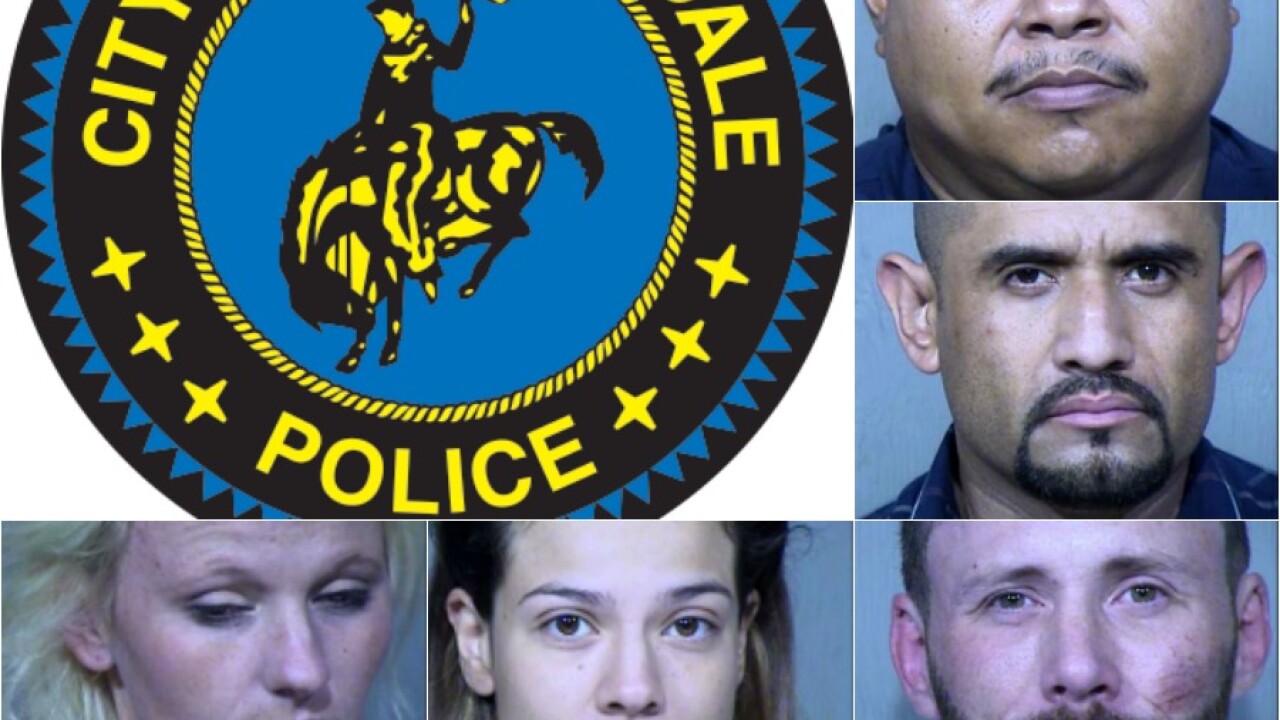 SCOTTSDALE, AZ — Scottsdale police have busted a 5-person identity theft crew and in the process found hundreds of altered credit cards and the equipment to make them.

Police say that on August 15 they arrested 4 of the five people working out of Scottsdale and Phoenix hotels. Police arrested Katrina Six, 32, Jose Ramirez, 37, Adam Hall, 39, Tamara Ochoa, 26 on August 15 and Ivan Martinez on August 27.

Police began to identify the crew after the burglary of a home near Hayden Road and Shea Boulevard on July 24. Police say property valued at $40,000 was stolen from the home. The house was for sale at the time when Jose Ramirez contacted the realtor to view the home. Phone records show that Ramirez contacted Martinez several times during the robbery.

During police surveillance of Ramirez and Martinez, police saw them interacting with the other crew members in crimes related to identity theft.

They have been charged with 50 counts of identity theft, fraud, vehicle theft, forgery, and drug-related crimes.