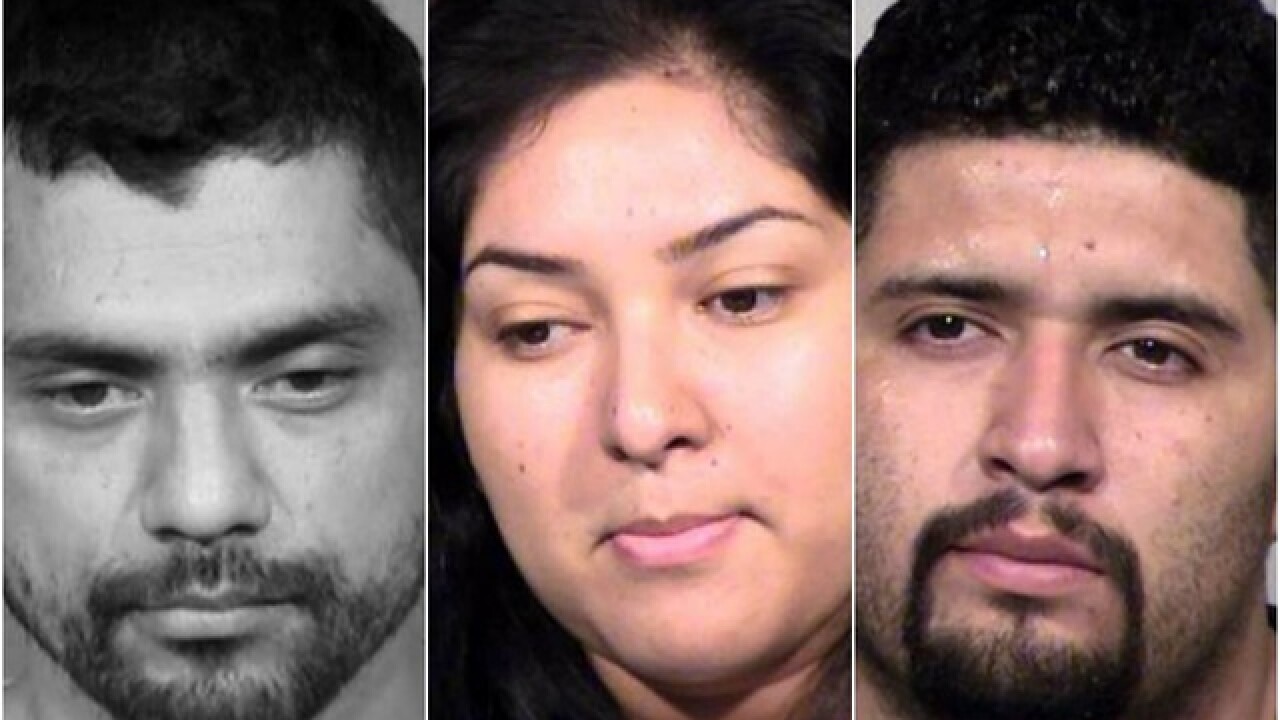 A trio was caught after reportedly stealing money and cigarettes from nine Circle K stores in Glendale and west Phoenix.

According to court paperwork, Daniel Galvan, 29, Homar Moreno, 34 and Daniella Garcia, 28, worked together to steal money and cigarettes from the stores.

Police say from August 4 to September 1 they robbed nine stores, 5 in Glendale and 4 in Phoenix.

On September 4, a detective spotted Moreno after another robbery near 59th and Glendale avenues. Moreno reportedly sped away in his car.

In another text, he warned her to, "make sure you're not being followed."

Garcia reportedly met Moreno in the parking lot of the Desert Diamond Casino, where he abandoned his car and got into hers.

Police stopped her vehicle and arrested Moreno near 83rd and Glendale avenues.

Police say surveillance video placed Moreno and Galvan at the scene of each of the crimes.

They've all been charged with burglary.

Burglaries
Infogram
Copyright 2018 Scripps Media, Inc. All rights reserved. This material may not be published, broadcast, rewritten, or redistributed.