PD: Suspect wanted for stealing from man in wheelchair 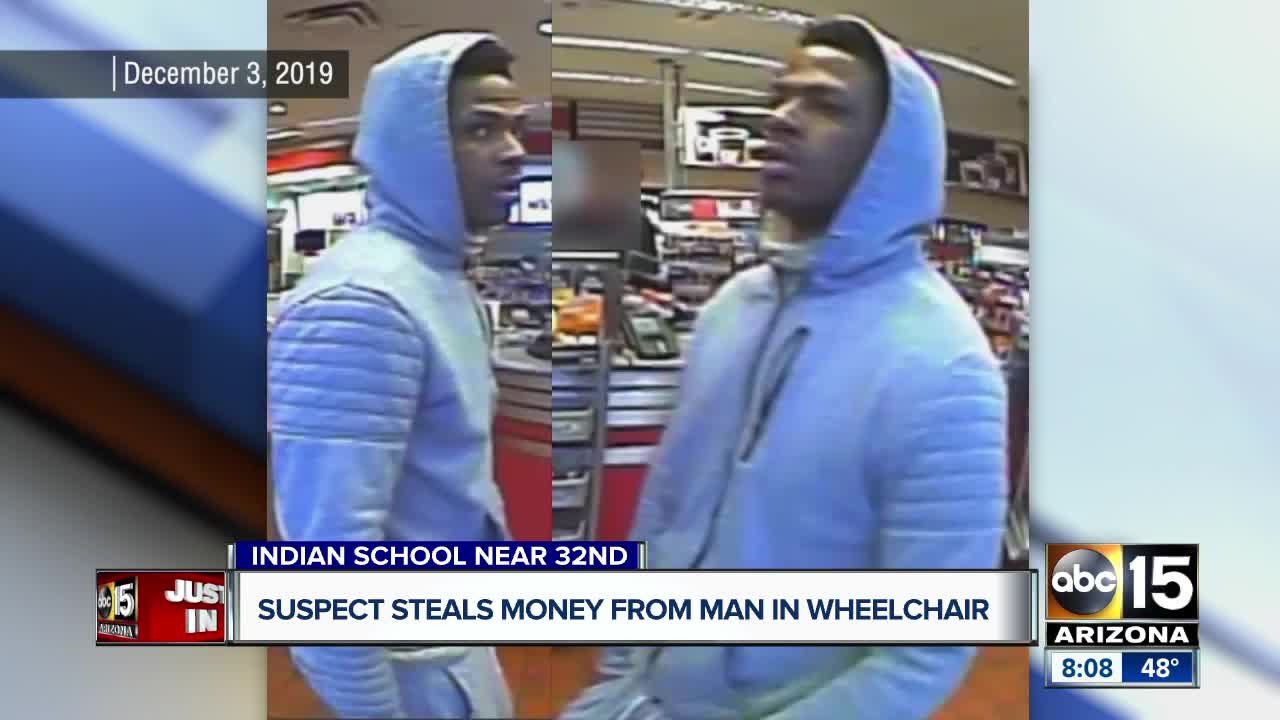 The Phoenix Police Department is asking for the public's help identifying a suspect who reportedly stole from a man in a wheelchair on December 3. 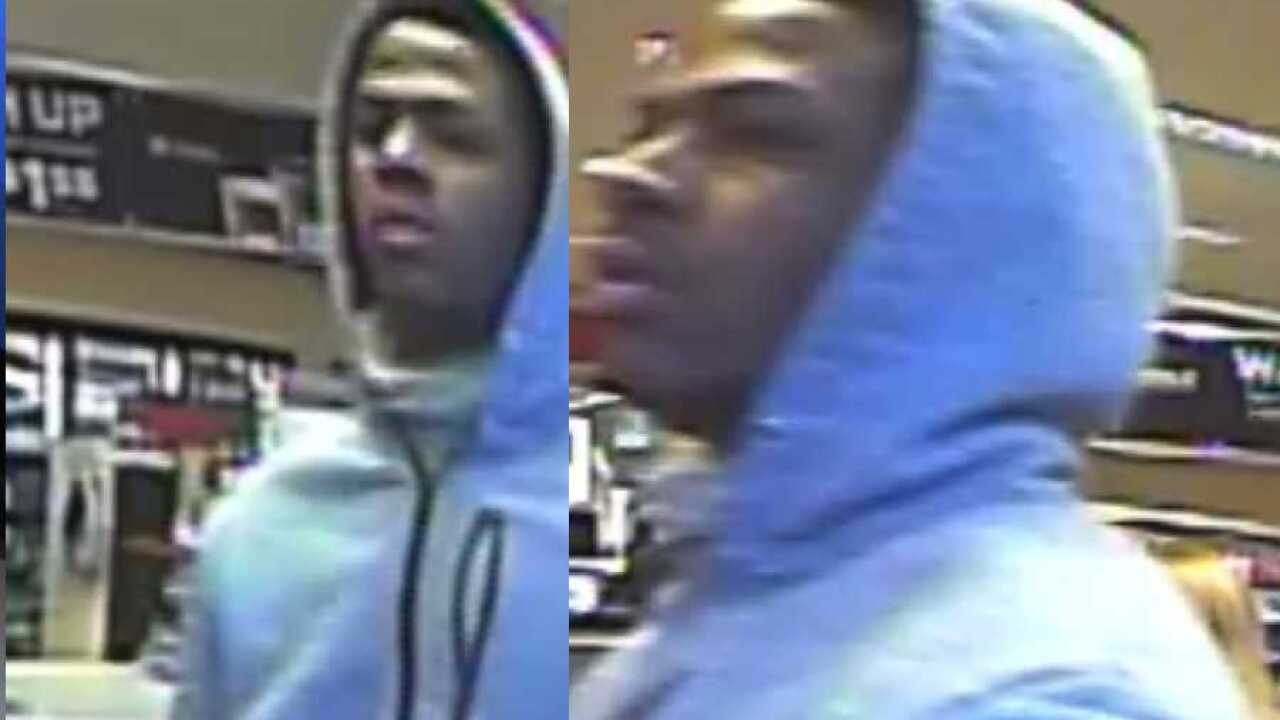 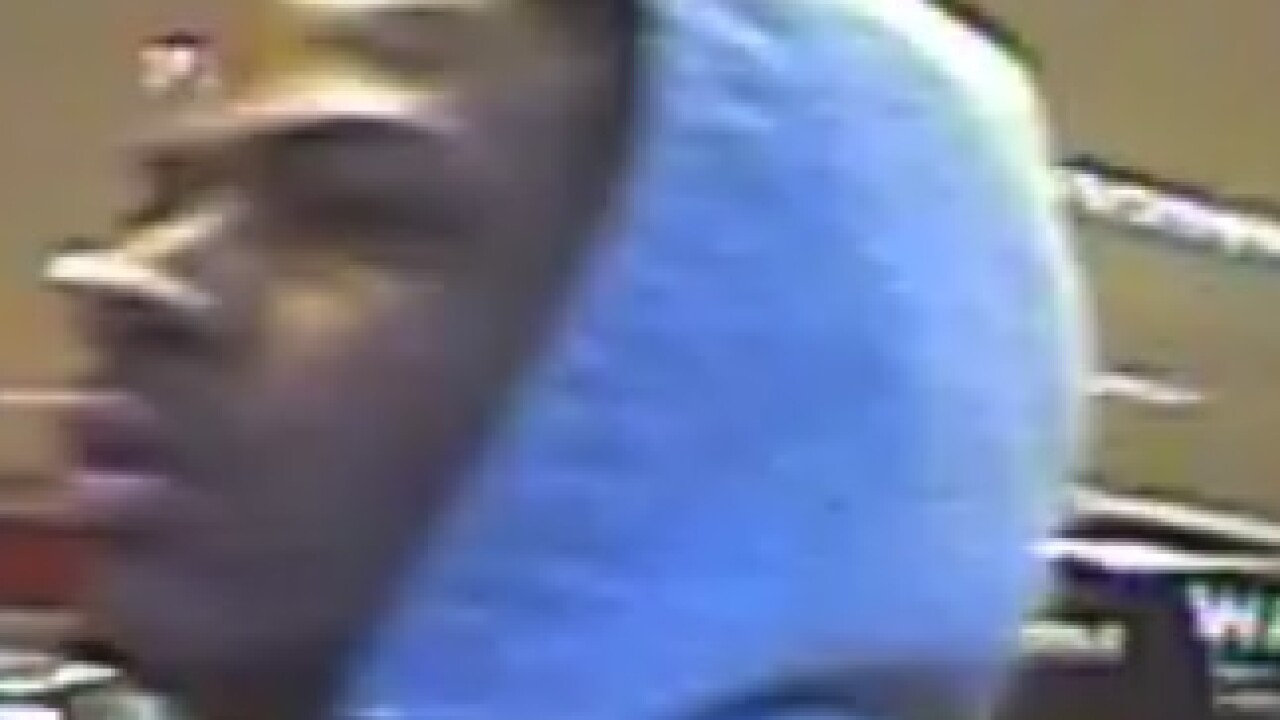 PHOENIX — The Phoenix Police Department is asking for the public's help identifying a suspect who reportedly stole from a man in a wheelchair on December 3.

According to police, a 63-year-old man in a wheelchair was inside a QuikTrip, located near 30th Street and Indian School Road, withdrawing money from an ATM around 7:20 p.m. on December 3.

Police say a suspect walked about behind the man and stole the money from him after a brief struggle.

SHARE TO CATCH HIM: Criminal targets wheelchair bound man at ATM on 30th St. & Indian School. Grabs the money and gets away in a blue Kia Sportage. Tips: 480-WITNESS or https://t.co/hF4eXIMuNA pic.twitter.com/x1N4RE8pWY

Police describe the suspect as a black male between the ages of 18 to 25. He is approximately 5'9" and weighs roughly 155 pounds, police say.

After stealing the victim's money, the suspect fled the convenience store in a Blue Kia Sportage, according to police.

Silent Witness is offering a $1,000 reward for the first person who comes forward with the suspect's identity.

Anyone with information regarding the robbery is asked to contact Silent Witness anonymously at 480-WITNESS or 480-TESTIGO for Spanish speakers.