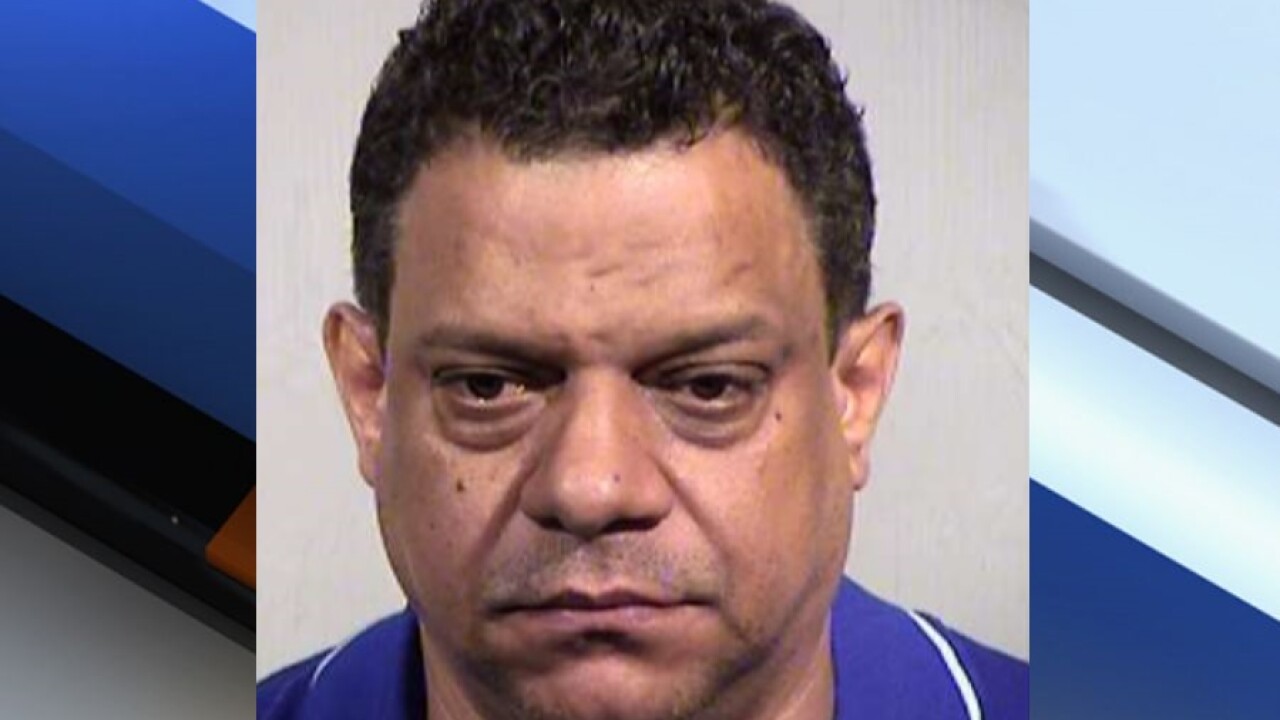 PHOENIX — A couple of shrines to the 'saints of drug trafficking' were found during a meth bust at a west Phoenix apartment.

On August 9, Phoenix police detectives were in the area of 67th Avenue and Thomas Road when a silver-colored Ford Escape entered an apartment complex parking lot.

Police say the car had an Idaho license plate and was registered to 50-year-old Fermin De Jesus Batista. Several people got out of the vehicle and entered an apartment that police suspected was involved in drug trafficking.

Detectives say they were allowed into the home, and spoke with the people inside. After getting permission to search the home, detectives allegedly found numerous "empty kilo sized drug packages" with "10,000" written on them, and a bundle of currency.

They also reportedly found a shrine dedicated to Santa Muerte, and a statue of San Simon. According to court records, "these saints are worshipped for protection from law enforcement and protection from rivals."

Police note that neither of these are documented as saints by the Catholic church.

After getting a search warrant, Batista's vehicle was searched. Police reportedly found 25 bundles of meth inside a door, another six packages in the wheel wells, and 13 more inside the tailgate.

Batista has been charged with narcotics possession for sale.