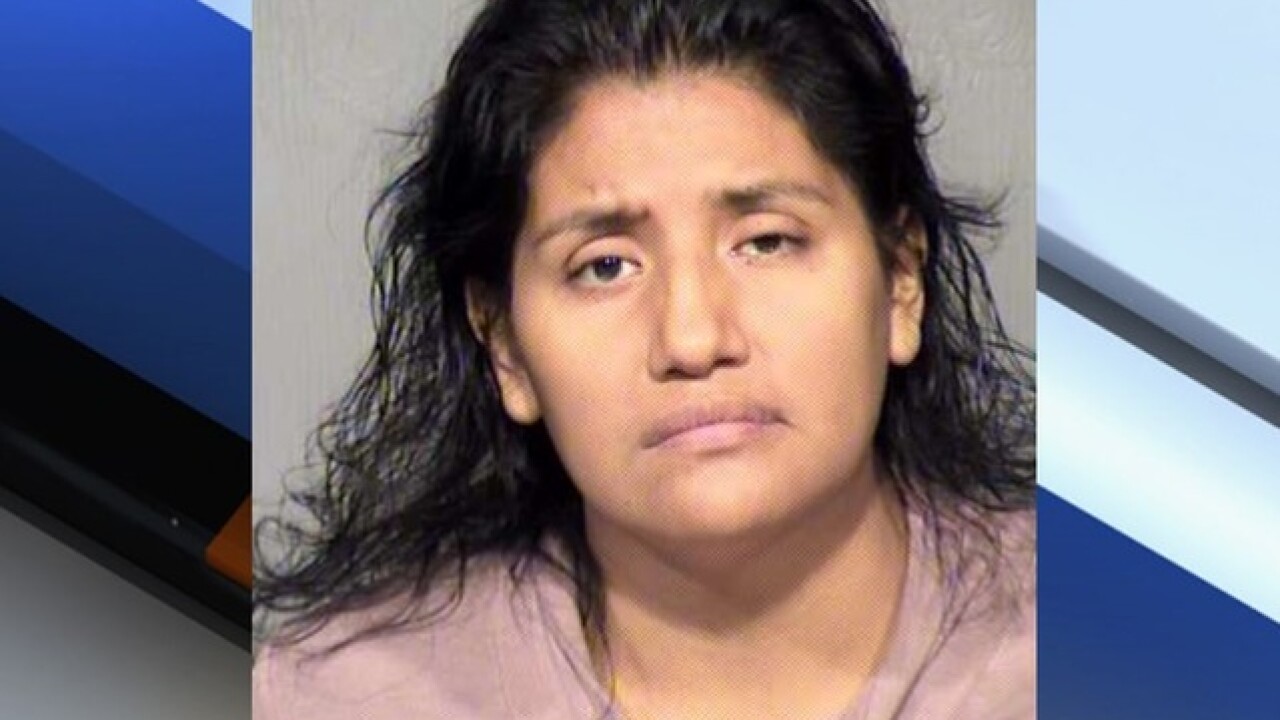 Copyright 2018 Scripps Media, Inc. All rights reserved. This material may not be published, broadcast, rewritten, or redistributed.
MCSO
<p>Jaqueline Cantor</p>

In November of 2017, the mother of a one-year-old girl found scratches under her daughter's eyes. Cantor reportedly told the woman that the child scratched herself.

However, the mother also noticed bruising in her daughter's pelvic area.

In February of this year, another mother saw bruising in the genital area of her 2-year-old son, who was also in Cantor’s care.

Cantor denied inflicting the injury but agreed to a polygraph. Under polygraph, she allegedly admitted to squeezing the boy’s genitals.

She reportedly told police that she became upset when the boy urinated on the bathroom floor.

In both cases, Cantor, who also admitted to being in the U.S. illegally, has been charged with child abuse.