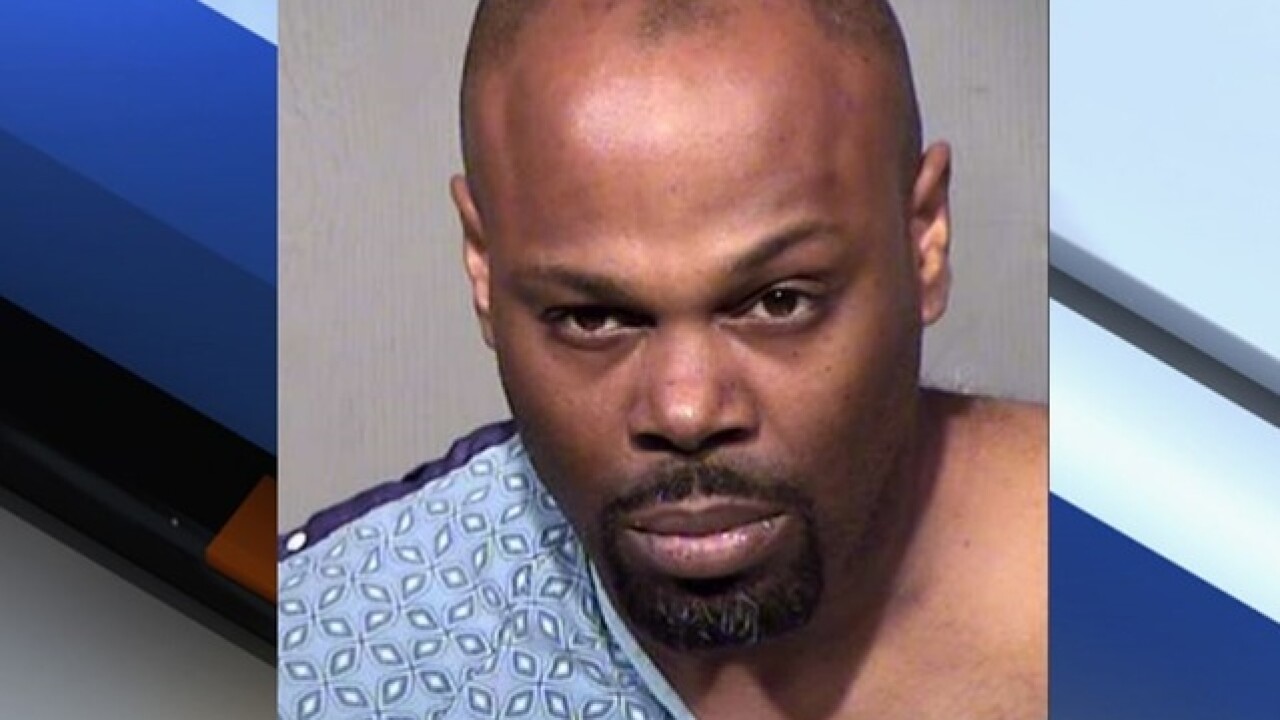 A naked man was arrested after allegedly breaking into a Laveen home and hiding in a closet.

Phoenix police report that on March 1, Al Hakiem Sabir Towns allegedly attempted to break into multiple homes in a neighborhood near 67th Avenue and Baseline Road.

Police say one resident scared off Towns who was in their backyard. The victim described the suspect as a "naked black male with a large tattoo on his back."

Towns then reportedly jumped the back fence and entered another home and ran to an upstairs bedroom.

The homeowner gathered his family and got them out of the house and called the police, officials said.

A police K-9 officer located Towns in the closet of an upstairs bedroom. After refusing to come out the K-9 bit Towns on the arm.

Towns reportedly fought with the dog and was Tased and bit again on the leg before being taken into custody.

Towns was arrested for criminal trespassing, burglary, and resisting arrest.

One of the homeowners, Patrick Brown, wasn't home when it happened, but wishes he was there to protect his family.

Patrick's wife, Cherrie Brown, was home during the break-in and says the suspect was opening and closing doors in the house.

"He backed out, shut the door and went upstairs," Brown said.

And the family is still shocked that the suspect was completely nude.

ABC15 did some digging and found out Towns has a long rap sheet for burglary, robbery, and voyeurism. And according to the Arizona Department of Corrections website, Towns was punished in prison for four separate incidents of indecent exposure.