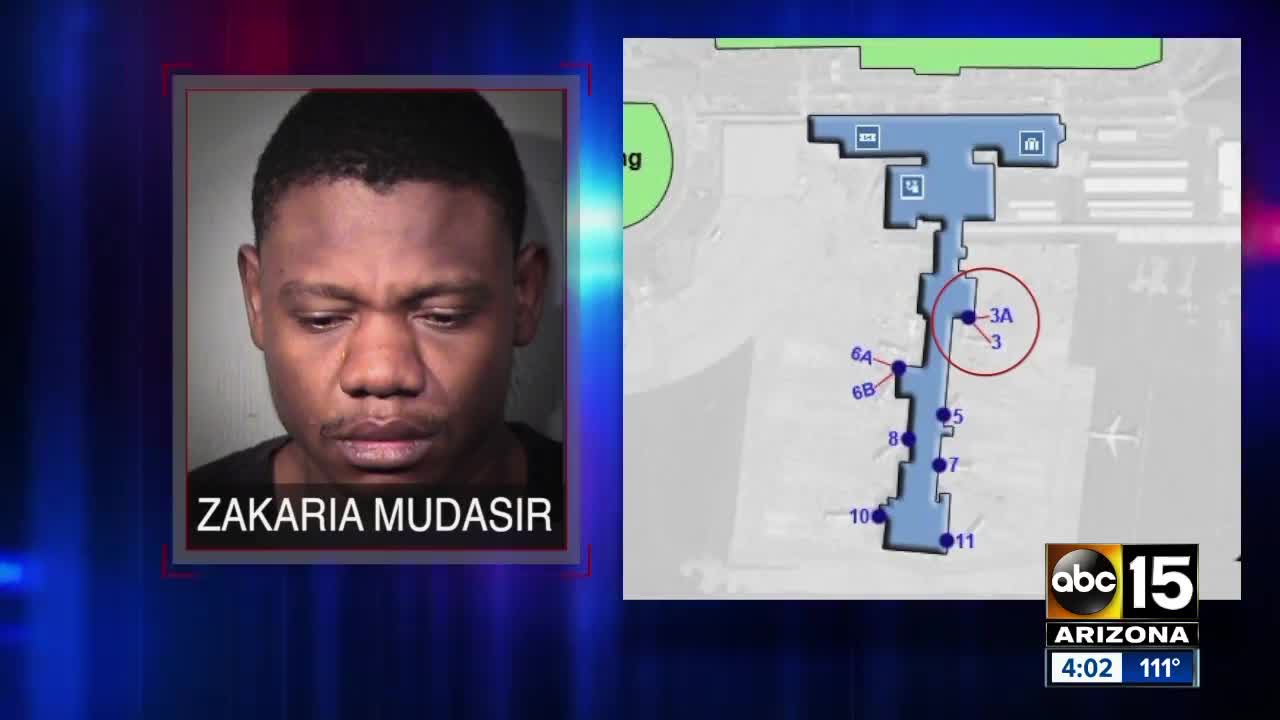 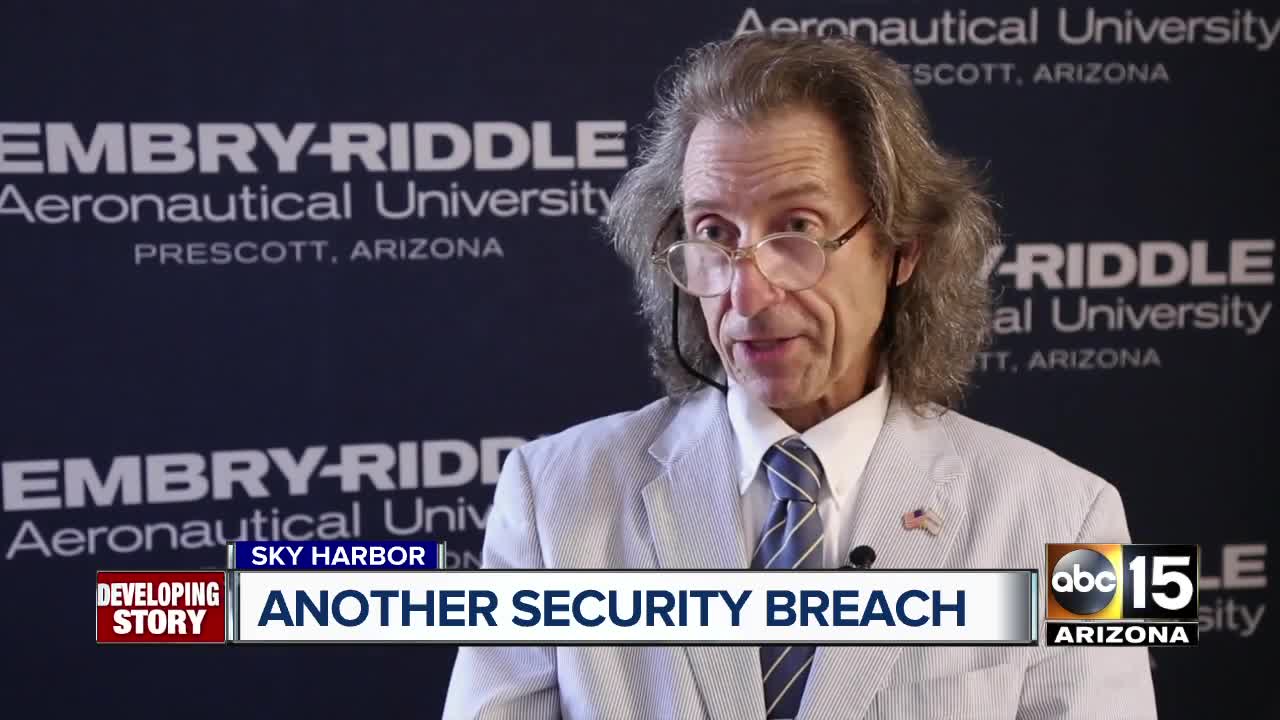 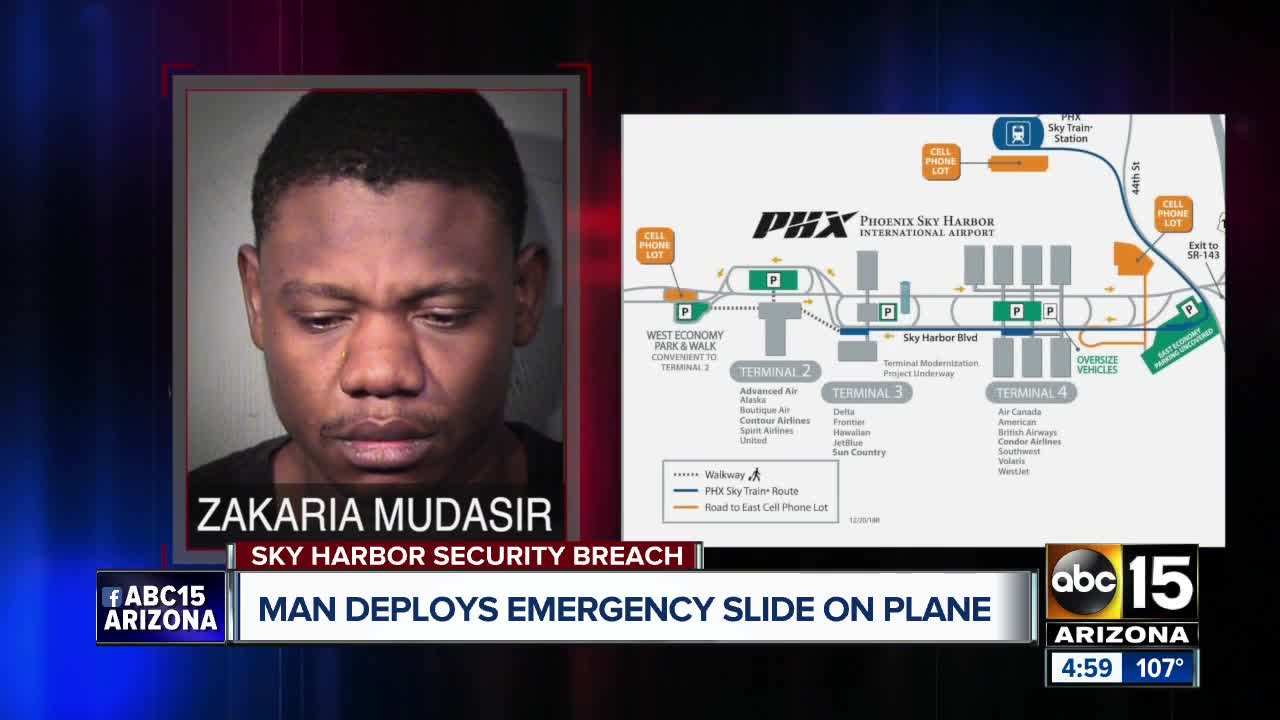 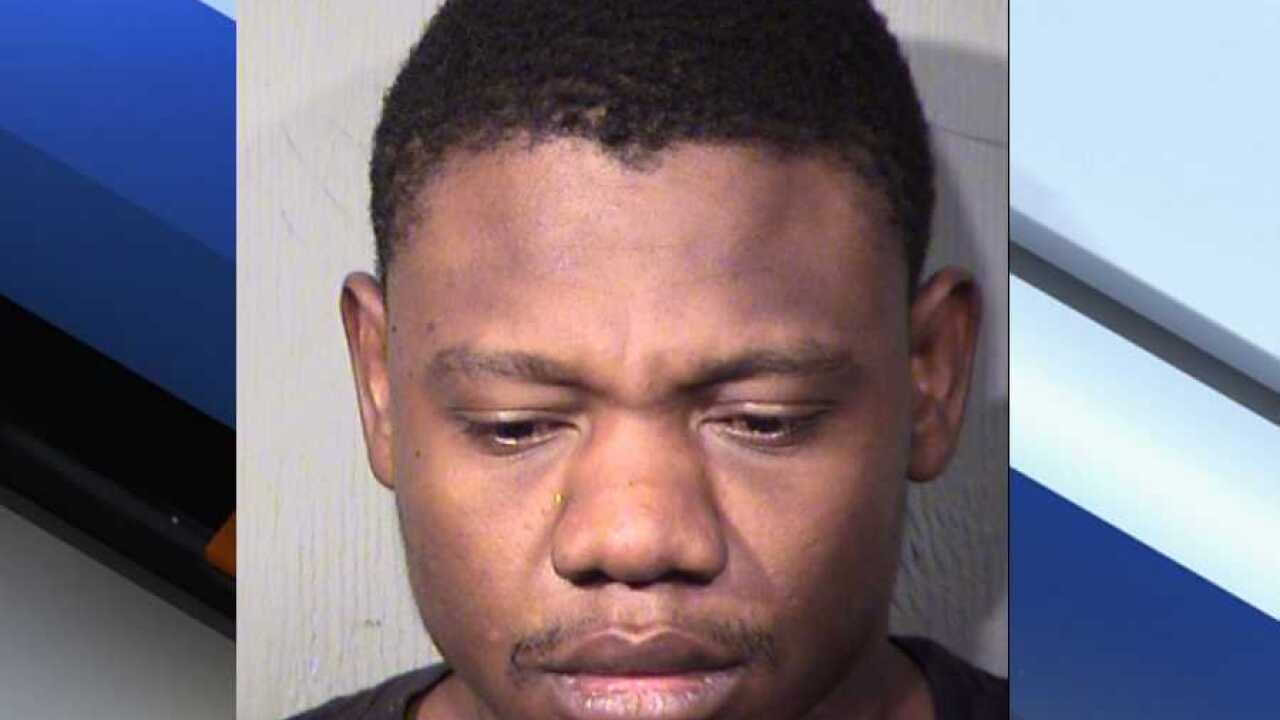 PHOENIX — A man has been arrested, accused of activating an escape slide on a plane at Sky Harbor Airport after "breaching a fence" to enter the property.

The incident happened Tuesday around 2:15 a.m.

Police say 39-year-old Zackaria Mudasir was seen entering a secure area of Terminal 2 at Sky Harbor from the closed jetway on the airfield of Gate 3.

Mudasir allegedly was able to enter a plane without a ticket and activated the escape slide.

According to TSA, Mudasir breached a fence to enter airport grounds.

Police say the area clearly displays “no trespassing” signs in the area.

#NEW the TSA tells me the incident with a man who somehow made it onto a plane at Sky Harbor Airport without a ticket early yesterday morning and deployed the emergency slide involved a "fence breach" and did not involve a TSA checkpoint. @abc15

Mudasir was taken into custody and allegedly admitted to activating the slide on a United Airlines plane.

Police say details on how Mudasir accessed the secure area is confidential TSA information and will not be released.

"We are aware of this issue which happened early in the morning of August 13th at Phoenix Sky Harbor International Airport involving one of our aircraft, and are working closely with local authorities. We will provide any assistance necessary as this investigation continues."

Mudasir was arrested and faces charges of criminal trespassing, criminal damage and refusing to provide a true and lawful name.

Officials from Sky Harbor denied multiple requests to give an interview on this incident but agreed to take questions by email. Below are the questions we asked, and the answers provided by Sky Harbor.

- Has it been determined how Mudasir accessed a plane?
A: This information is considered security sensitive.

- I.e. did he get past terminal security, past a fence and onto the airfield, etc?
A: This information is considered security sensitive.

- Any idea how long Mudasir was within the secure area of the airport before he was caught?
A: This information is considered security sensitive.

- Were any passengers on board the plane he accessed at the time?
A: No.

- What is Sky Harbor doing now to ensure this does not happen again?
A: We continue to employ multiple levels of security and are vigilant about security. We encourage our travelers to report suspicious behavior to law enforcement personnel.

- What changes, if any, is Sky Harbor making to its security plan?
A: Details of our security plan cannot be discussed because it is considered Security Sensitive Information.

- What, if any, security upgrades have taken place at Terminal 2 in recent years?
A: We cannot speak to security procedures and processes, but we exceed TSA requirements when it comes to perimeter security.

- How does Sky Harbor respond to travelers who feel the airport dropped the ball in this incident?
A: Safety and security are Phoenix Sky Harbor’s top priorities. We have multiple layers of security. Some are obvious such as security and Operations staff along with Police patrolling the entire perimeter 24/7. We also always look for ways that we can improve our security.

- How does Sky Harbor respond to travelers who are now concerned about safety at the airport?
A: Travelers should know that safety and security are our top priorities. We also encourage employees and our travelers to report any suspicious behavior to law enforcement personnel. We take every report very seriously.

- Are any employees going to be held accountable, reprimanded, etc?
A: This is an ongoing investigation, and we will ensure the appropriate action is taken.

- While I realize specific security details are not released, was the security staffing at 100% at the time of the incident?
A: This information is considered security sensitive, but as mentioned above, we have multiple layers of security.