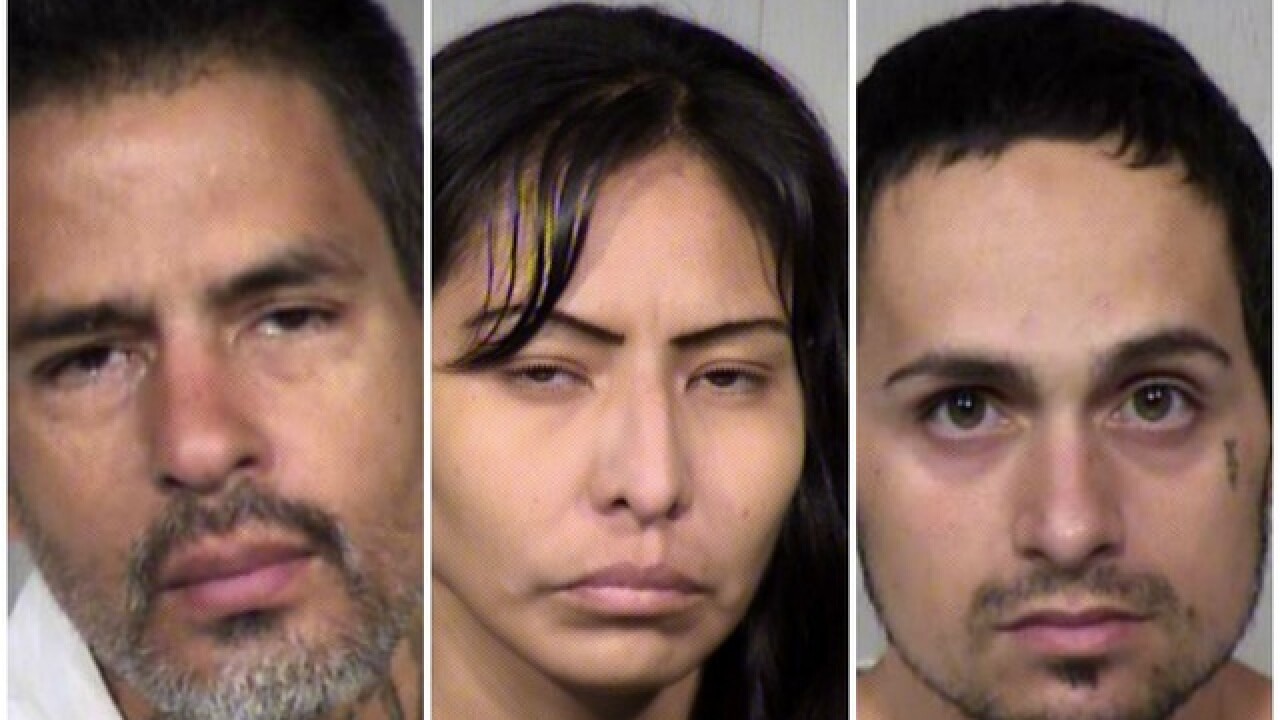 Three people have been arrested in a lottery ticket theft ring that extends to six Valley cities.

A total of eleven thefts involving lottery tickets occurred across Tempe between July and September of this year.

On September 22 and 23, Dustin Thomas Hochevar, 29, Krystal Dawn Tom, 36, and Blair John Daehling, 48, were arrested for their part in eleven thefts of lottery tickets at 9 convenience stores in Tempe.

In total, they reportedly stole about $4,700 worth of tickets and redeemed nearly $2,000 in winnings.

Take a look at the map below for each known lottery ticket theft location in Tempe.

Court documents show that all three have prior criminal histories.

Police say the trio may also be linked to Arizona lottery thefts in five other cities in Maricopa County. In August, a Mesa police detective working a lottery theft got a fingerprint belonging to Daehling.

His image was then reportedly seen in surveillance video at some of the stores that were robbed. During their investigation, police were able to link Tom and Hochevar to the theft ring, as they redeemed the winning tickets.

All three have been charged with burglary and trafficking in stolen property.