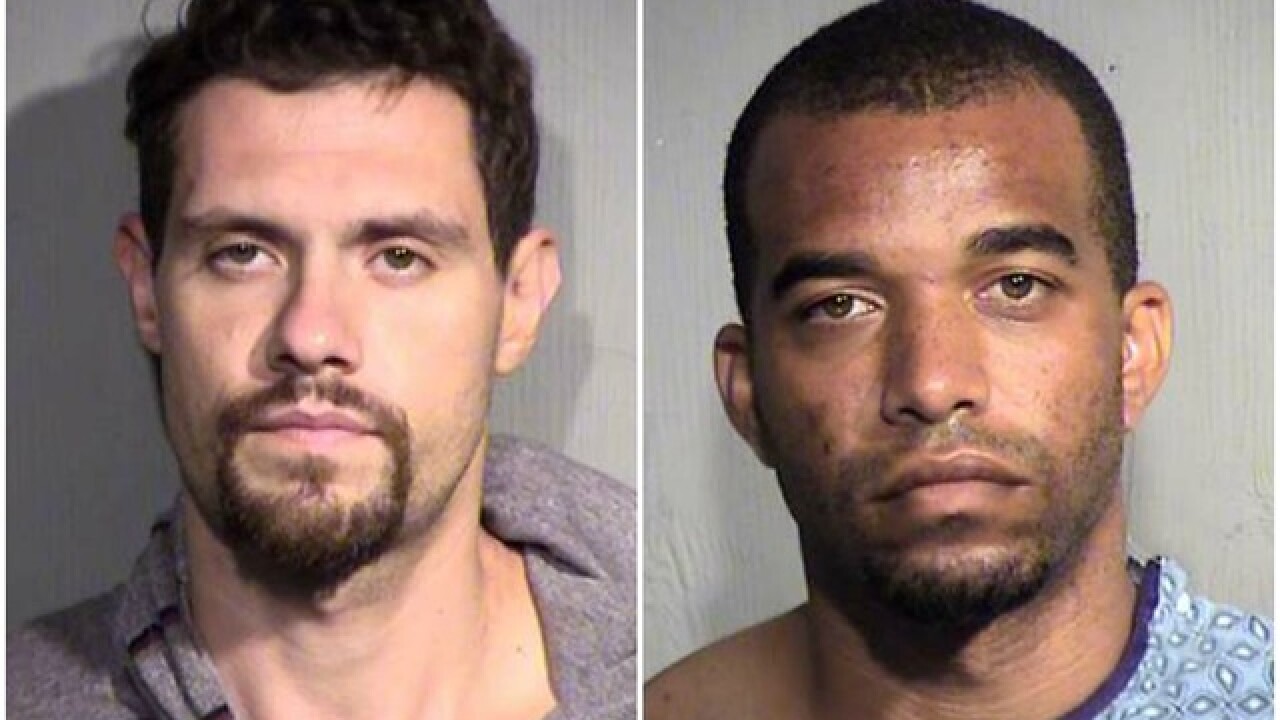 A Goodyear man was stabbed and robbed after an online hookup turned violent.

Goodyear Police report that on October 23, they responded to a home near Cotton Lane and Lower Buckeye Road. The homeowner called police saying he was "naked, tied up and bleeding."

When police arrived, the victim came out of the home wearing only a bath towel. He allegedly told police that one of the two suspects involved in the incident was still in the house, sleeping.

Police arrested 31-year-old Jeremi Philip Taylor after a struggle with a K-9 officer.

The victim told police that he and a friend found Taylor and the second suspect, 29-year-old William Huffman, on a dating site called 'HookUp.'

The four spent the evening together while they smoked meth.

At one point, the victim was tied up as part of a sexual act -- but that's when things reportedly turned violent.

The victim was held down on the bed and stabbed in the neck. He was then forced by knifepoint to give the suspects the code to his safe. The victim was eventually able to push Huffman away, take control of the knife and stab Huffman in the arm, chest, and groin.

However, the victim was subdued by both Huffman and Taylor, who then took items from the victim's house. Police say Huffman fled the scene in the victim’s car.

Police arrested Taylor on October 23, the night of the stabbing. Huffman was located in Phoenix and arrested by police six days later.

Both Taylor and Huffman have been charged with multiple crimes including armed robbery, aggravated assault, and kidnapping.