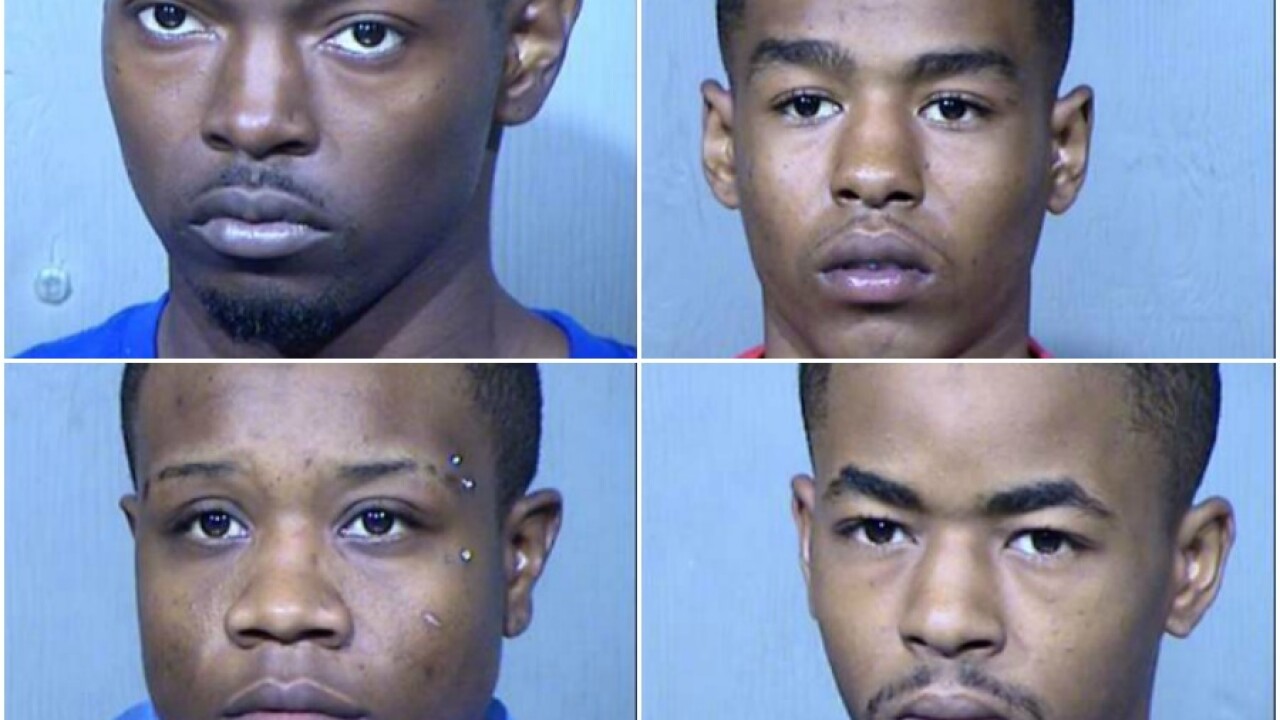 GOODYEAR, AZ — A four-person ink cartridge theft crew from California is allegedly responsible for over $200,000 worth of thefts in three states.

Goodyear police report that on September 11, they received information from Target employees that four suspects involved in a previous theft had just arrived at the national retailer located near Litchfield and McDowell roads.

The suspects were driving in a red Honda with California plates when police located and stopped them. According to police, they reportedly found four large canvas bags filled with printer ink cartridges.

Authorities allege the crew robbed three stores in the west Valley of ink cartridges, including two Target stores, and a CVS near Dysart and Thomas roads. In total, the group allegedly stole over $6,000 in printer ink cartridges.

Target loss prevention officials say the group is responsible for stealing over $200,000 worth of ink cartridges in Arizona, Nevada, and California.

Upon their arrest, the driver, Marcus Smith, reportedly told the police, "It's all in the trunk."

DaShawn Davis allegedly told police the group planned to take the items back to California to sell on OfferUp.

The four men have all been charged with organized retail theft.