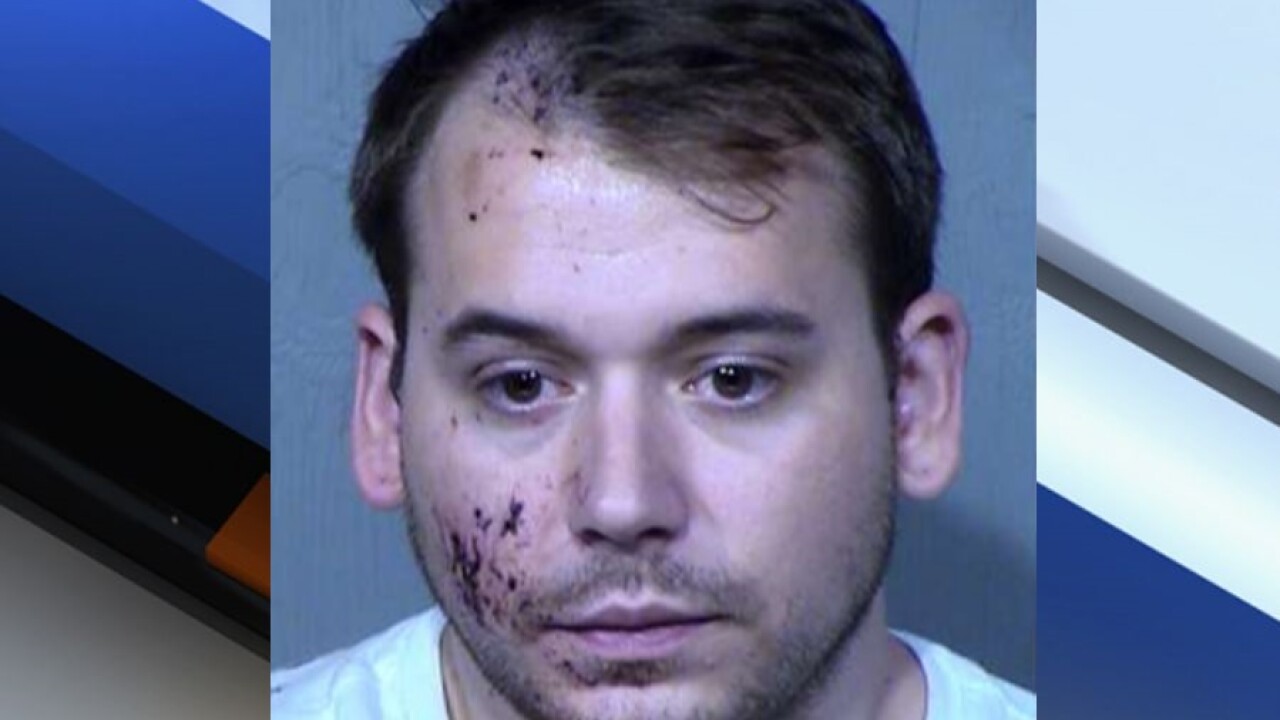 PHOENIX — Police say a DUI suspect was found in the passenger seat of a car without a driver.

Phoenix police report that about 3:30 a.m. on October 4, officers responded to 19th Avenue and Deer Valley Road for a two-vehicle collision.

Police say a car ran the red light and collided with an SUV. The driver of the SUV was taken to the hospital in critical condition with a skull fracture, brain bleed, and broken ribs.

When a witness to the crash approached the car, he found 26-year-old Evan Patrick Larson in the passenger seat, but no one in the driver's seat or anywhere else inside or outside the vehicle.

Police say the driver's side airbag deployed, but not the passenger side airbag.

Court records show that surveillance video from a nearby McDonald's drive-thru taken just before the crash shows Larson driving the car. It also allegedly shows him "discarding a six-pack of bottles onto the ground."

A blood-alcohol test on Larson's blood is pending.

Larson has been charged with aggravated assault.