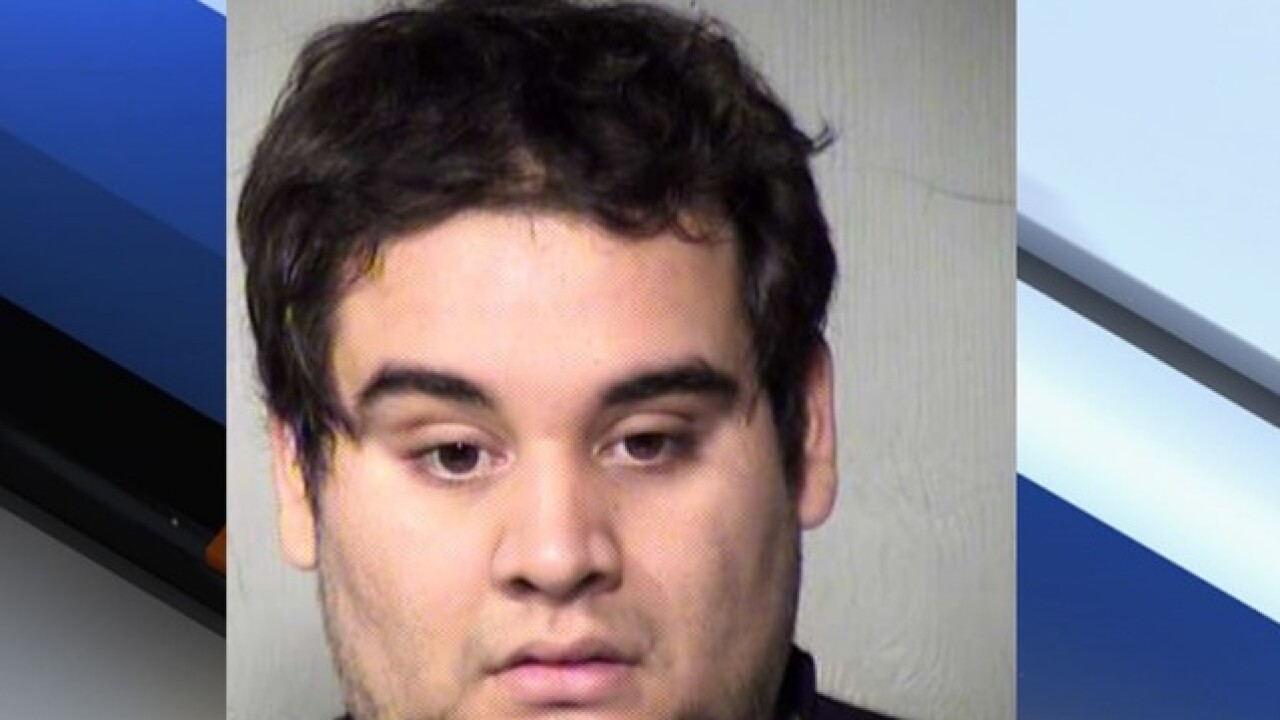 Copyright 2018 Scripps Media, Inc. All rights reserved. This material may not be published, broadcast, rewritten, or redistributed.
MCSO
<p>Saul Nevarez</p>

Co-workers detained a man after he stabbed a worker with a screwdriver.

Glendale police report that on September 14 they responded to a business near 51st Avenue and Camelback Road for a reported stabbing.

There they found a woman stabbed with a screwdriver in the arm and abdomen.

Workers at the facility reportedly told police that 21-year-old Saul Nevarez came to work and was "acting strangely." They said Nevarez would spend a long time in the restroom, then come out talking to himself.

He later sat down at his workbench, grabbed a screwdriver and stabbed a female co-worker several times in the arm and abdomen.

Other workers jumped in to assist the woman and held Nevarez down until police arrived. One of the co-workers was also stabbed when trying to restrain Nevarez.

The woman was transported to the hospital, but neither injury is considered life-threatening.

Nevarez has been charged with aggravated assault.