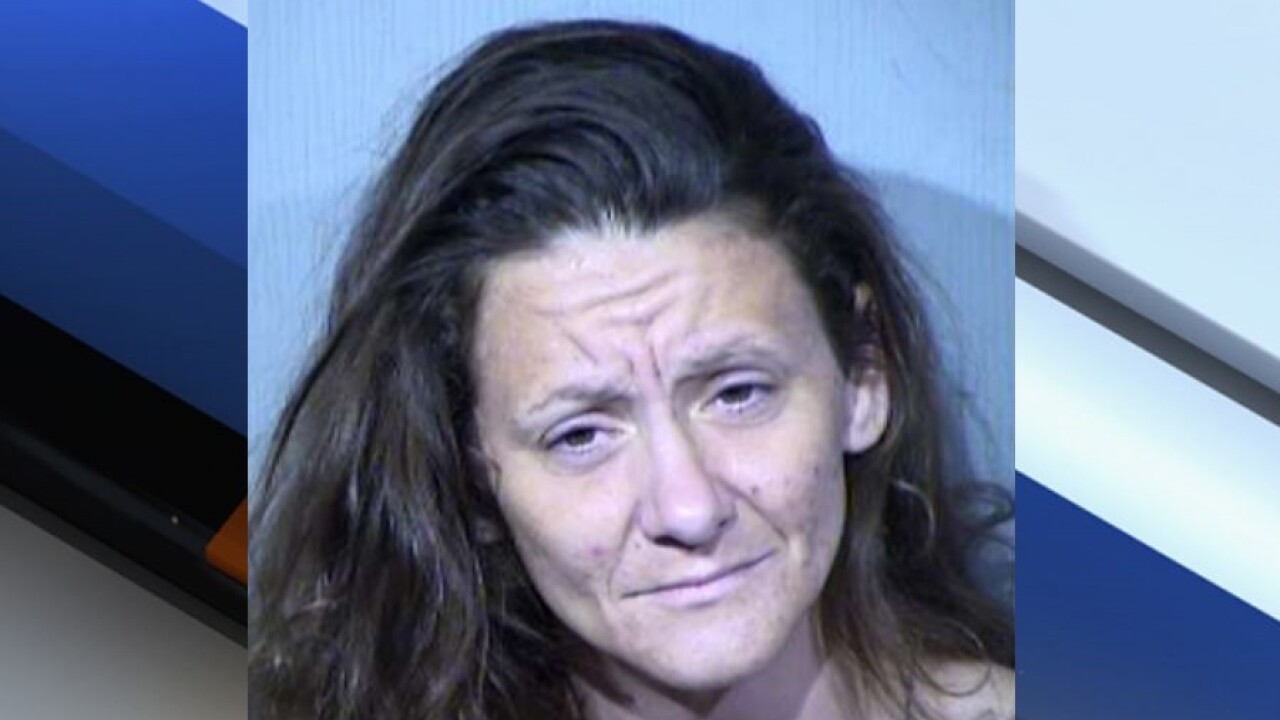 MESA, AZ — A woman impaired by methamphetamine and heroin is responsible for a fatal motorcycle crash, according to Mesa police.

Investigators say Rachel Ann McKinley, 38, failed to yield as she exited a private drive on September 5 near Country Club Drive and Broadway Road. She collided with a motorcyclist, who suffered a brain bleed, broken ribs and broken facial bones. He later died from his injuries.

Witnesses told officers they saw McKinley throw a pipe after getting out of her car. She was also seen concealing drugs in her shorts as she walked around the crash scene, police say.

Court records show that McKinley admitted to using heroin and meth. Police say they found amounts of both drugs in her possession.

McKinley has been charged with narcotics possession and manslaughter.