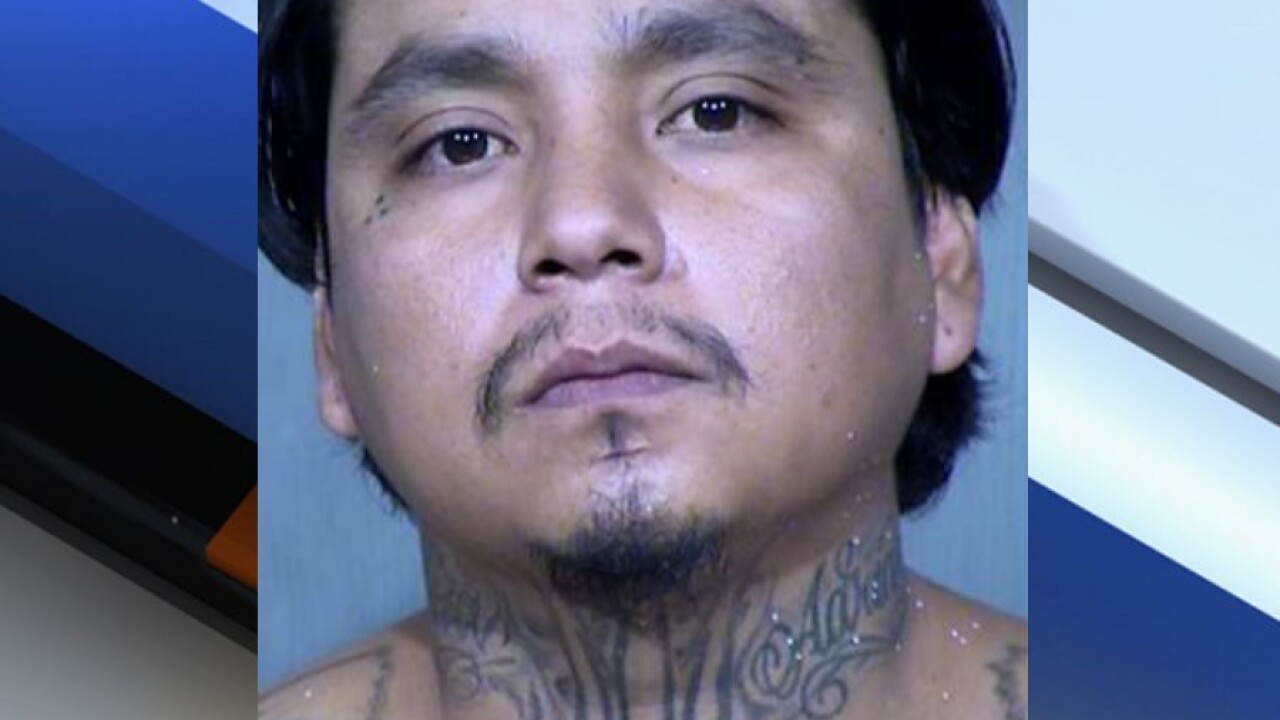 FOUNTAIN HILLS, AZ — A Fountain Hills man was tasered multiple times after threatening his girlfriend by holding a fork to her throat officials say.

The Maricopa County Sheriff's Office reports that on the evening of November 2, deputies responded to a home in Fountain Hills after residents complained of hearing loud banging and glass breaking.

Responding deputies reportedly saw an apartment front window broken out and blood on the window frame. After getting no response from anyone in the apartment, they entered the home through the window.

In the master bedroom, they allegedly found a woman and her boyfriend, 32-year-old Patricio Joe Carranza. MCSO said Carranza was asleep on the bed with a towel wrapped around his arm.

Carranza refused medical attention and was agitated and angry, according to deputies.

At one point, he made his way to the kitchen, where he allegedly grabbed a fork and held it to his girlfriend's throat. Carranza was tased as deputies tried to apprehend him.

He has been charged with aggravated assault and resisting arrest.