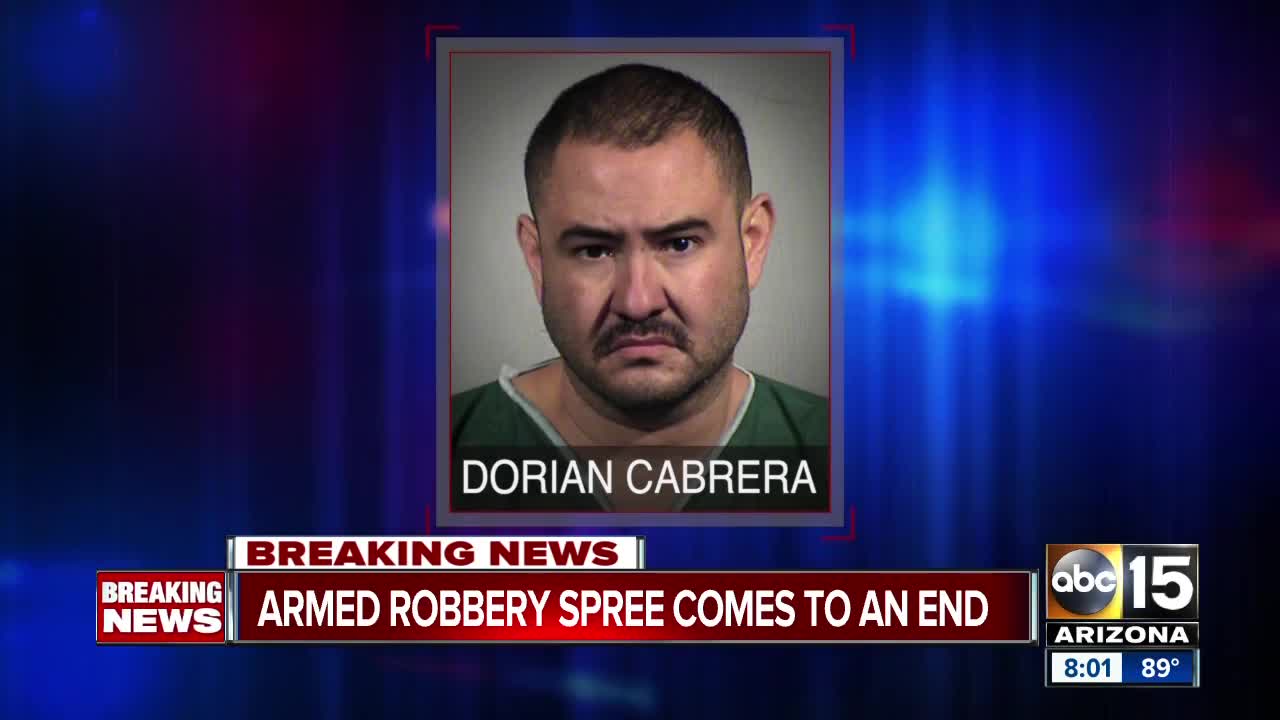 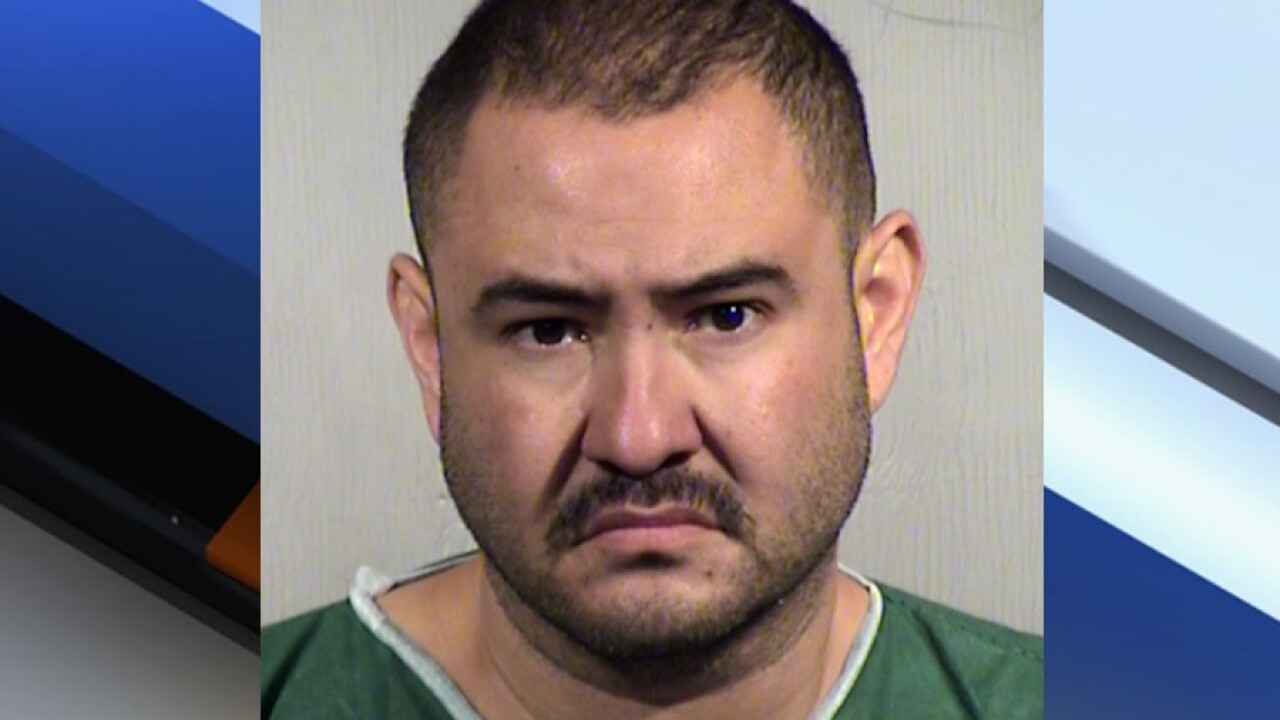 GOODYEAR, AZ — Additional information has been released regarding a man police believe is responsible for eight Valley-wide armed robberies between April and July 2019.

Police say he "pointed a handgun at multiple employees, forced them to the back of the store and used zip ties to detain the employees while he stole property from the victims and money from the store."

Cabrera allegedly used similar tactics in the other robberies including the Justice Just for Girls store near 99th Avenue and McDowell Road.

There he reportedly pointed a gun at the manager and forced the other employees into the restroom where he had the manager zip-tie their hands. After using the manager to rob the store, he restrained her hands as well.

Upon his arrest, police say they found gloves and zip ties in the trunk of his car.