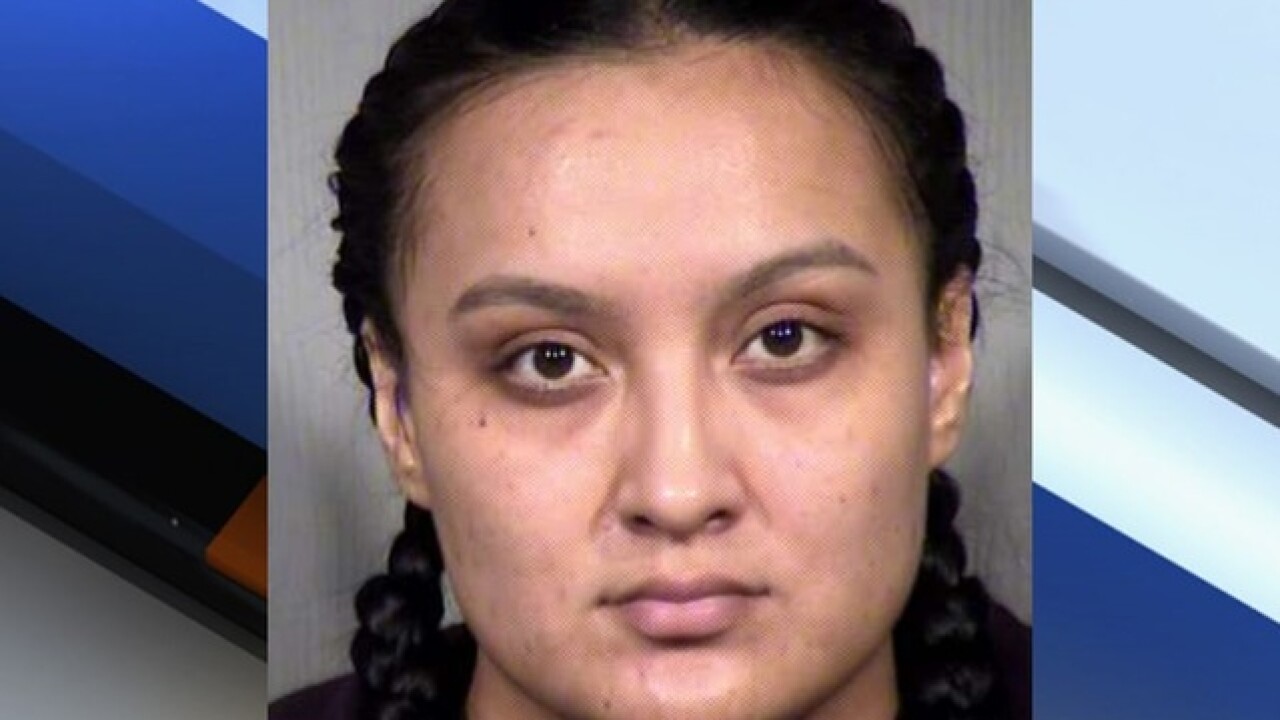 A motorcyclist is in the hospital after crashing into a car making a U-turn on a valley freeway, as his fiancée watched.

DPS reports that just before midnight on August 3 they responded to multiple calls regarding a motorcycle-car crash on the Loop 202 near 24th Street.

DPS troopers saw a vehicle parked perpendicular to the flow of traffic, with substantial damage to the driver’s side.

They also found a man with severe head trauma lying on the freeway.

Witnesses allegedly told DPS that the car was making a U-turn on the highway.

Police later learned the victim’s fiancée was traveling behind the motorcyclist and witnessed the collision. She reportedly told DPS that they were going eastbound on Interstate 10 through the flyover ramp to the eastbound Loop 202.

The victim’s fiancée saw the vehicle, driven by 28-year-old Jacquelynia Raquel Willie, parked perpendicular on the highway and blocking the HOV lane. The victim attempted to swerve around the car, but the car went into reverse and was hit.

The victim was transported in critical condition with severe head trauma.

Witnesses reportedly told DPS that Willie threw a cup over the retaining wall. Investigators recovered the cup which appeared to have alcohol in it. During treatment Willie allegedly said, "I'm sorry for getting drunk and causing all this."

She has been charged with aggravated assault.

There have been 25 major wrong-way incidents in the Valley in 2018.

RELATED: Wrong-way driver involved in crash on I-17 near Dunlap Avenue in Phoenix, DPS says