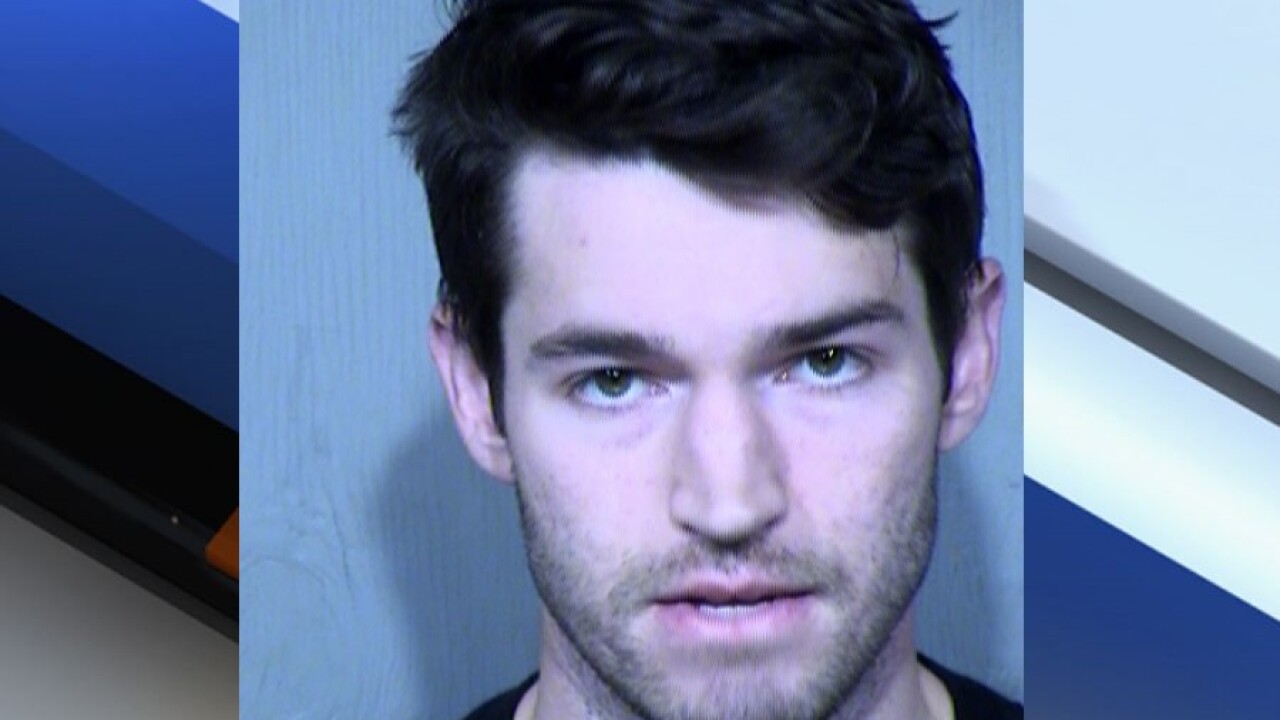 The Department of Public Safety reports that on late Monday night, a Jeep Wrangler was pulled over near 107th Avenue and McDowell Road. DPS says the driver, Joshua Mykel Edwards, 31, was traveling 81 mph in a 55-mph zone and was driving erratically.

Troopers reportedly found a 21-month-old child in the backseat of the SUV.

The child's mother was notified and came for him.

He was arrested for extreme DUI, endangerment, and driving with open liquor containers.