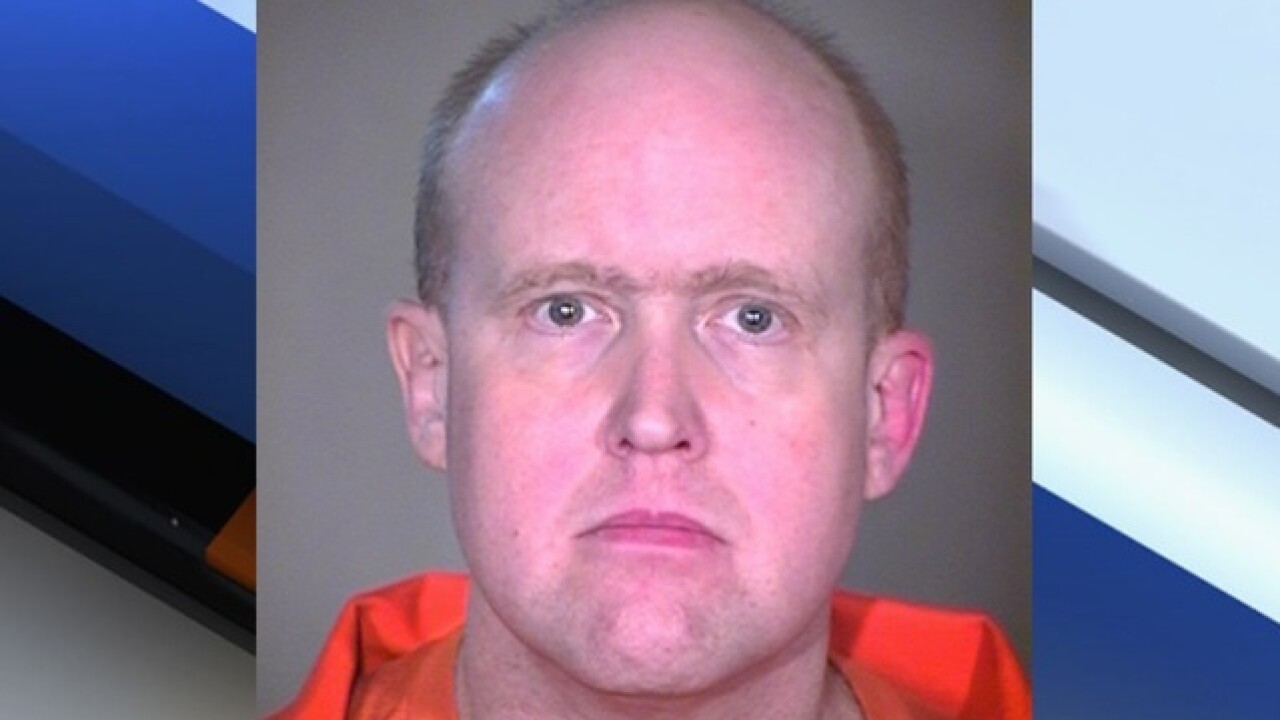 Arizona’s most notorious death row inmates past and present have incredible stories, including this one where a man kills four women, then leads police on a high speed chase in a van belonging to a local radio station.

It was a Sunday morning when resident Pete Carl Rogovich spoke with a maintenance worker at his Phoenix apartment complex, commenting how upset he was with his girlfriend, and how he was going to get even with her.

What people didn’t know is that on this day, March 15, 1992, Rogovich had already killed his first victim, a 24-year-old Ethiopian immigrant working as a clerk at a nearby market. He shot the man through his eye at point blank range.

When Rogovich emerged from his apartment later that same day, he began firing randomly into the parking lot of the complex, hitting the back tire of a car with people inside. When the two got out to inspect what had happened, Rogovich began to fire at them, nearly missing before jumping the fence and entering the Palo Verde Trailer Park next door.

He went on a 'homicidal rampage'

After murdering the three woman Rogovich fled the trailer park into an open field.

Rogovich was spotted later that day in a restaurant parking lot where he confronted local disc jockey Kelly Urich at gunpoint and stole the Y-95 radio station’s van.

"Give me some money”

Around 5 p.m. that evening Rogovich re-surfaced at a convenience store in Goodyear where he grabbed a 12-pack of beer, and placed his gun on the counter and told the clerk to, “give me some money.”

Goodyear police responded to the robbery and quickly spotted the Y-95 van Rogovich was driving. A long pursuit ensued, with Rogovich reaching up to 100 miles per hour.

Police were eventually able to stop the van using a roadblock.

”I know it was wrong. I know I'll burn in hell"

Following his arrest Rogovich told police, "I did it. I know it was wrong. I know I'll burn in hell."

When asked if he was sorry for the murders Rogovich responded, "Of Course, I'm sorry. It was wrong. I know it, but I just snapped. I was so angry. I just couldn't stop. I was full of anger." He told investigators that the death of his step father in 1986 and a recent breakup with his girlfriend, "really bothered him."

The final expert from the state claimed Rogovich was suffering from PCP intoxication.

In June 1994, after only five hours of deliberations, the jurors found Rogovich guilty on all four counts of first degree murder. The judge sentenced him to death for three out of the four charges.

While Rogovich has used up all his appeals, his execution remains on hold along with all other Arizona executions, since the execution of Joseph Wood in 2014.

During Wood’s execution, Arizona used a two-drug cocktail of Midazolam and Hydromorphone; it took two hours for Wood to die. After that, a federal judge issued a stay of all executions in Arizona.