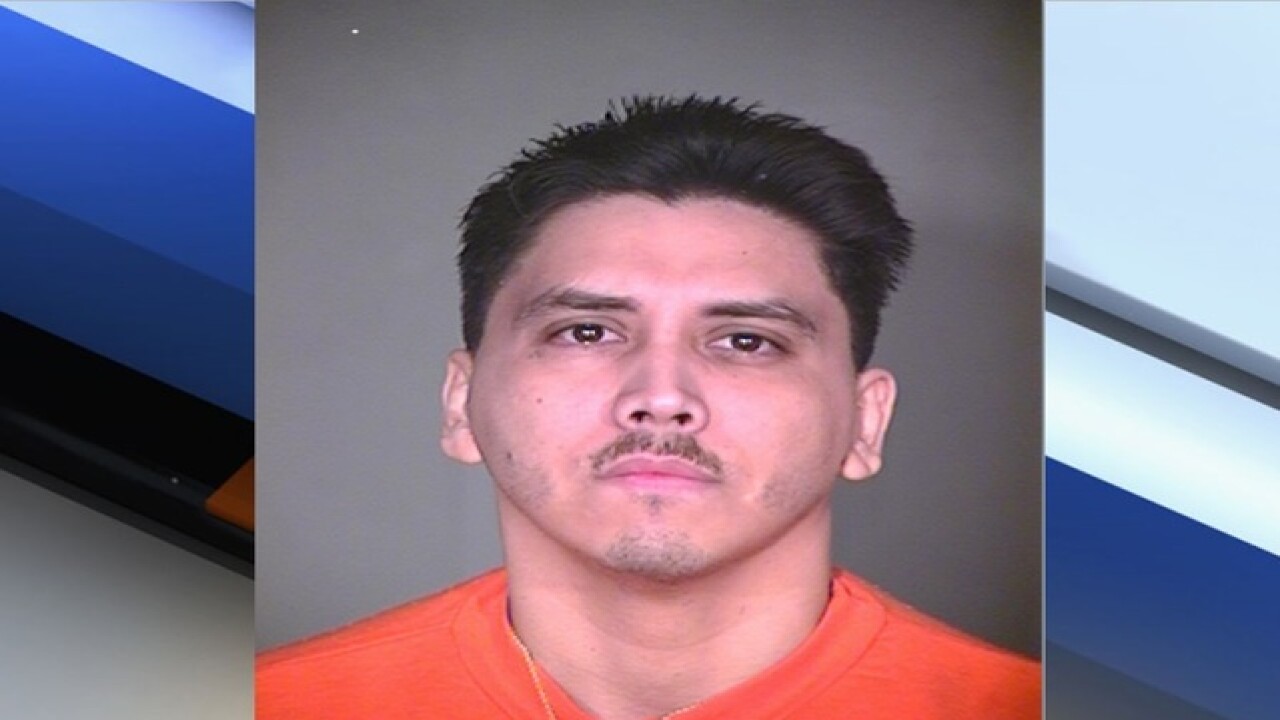 Arizona’s most notorious death row inmates past and present have incredible stories, including this one where a couple's intuition prompted them to follow a cop killer and get information vital to his capture.

In July 1995, Ernesto Salgado Martinez stole a blue Chevrolet Monte Carlo in California and drove to Globe, Arizona searching for his family.

Martinez told his friend he "was not going back to jail."

The 19-year-old had recently been released from prison and was interested in visiting family and friends. He learned from a friend that his family had moved to Payson.

While talking with his friend, Martinez showed him a .38 caliber handgun and mentioned to his friend that he was still on probation, and there was a warrant for his arrest. Martinez told his friend he "was not going back to jail."

Around 11:30 a.m. on August 15, he gassed up at a Circle K in Payson and headed for Phoenix. Martinez was traveling on the Beeline Highway at a high rate of speed passing several motorists.

Soon after, a couple who was in a car that Martinez had passed saw that Highway Patrol Officer Robert Martin had pulled Martinez over as he was doing over 100 mph.

After the couple passed, Martinez shot Officer Martin four times, took his gun and drove away. Martin was barely alive when another motorist tried to assist him, but died soon thereafter.

"He just ran that red light. Something is up here."

Martinez continued driving down the highway, continuing to travel at speeds of about 100 mph. He soon passed the same couple that he had passed before. Thinking that there wasn't enough time for Martinez to get a speeding ticket and pass them again so quickly, the couple followed him.

As they watched him run through a red light near the Fort McDowell turn off, the husband commented to his wife, "He just ran that red light. Something is up here." The pair continued to follow Martinez, gathering a license plate number and a physical description which they reported to police.

Later that night, Martinez made it to Blythe, California, where he robbed a Mini-Mart, shooting and killing the clerk with Officer Martin's gun.

The next day, Martinez made it to his cousin's home near Indio, California, where they went out to eat. After leaving the restaurant, Martinez realized he was being followed by police.

They went to his cousin's friend's home, where they tried to hide the guns.

"I have the murder weapon."

The friend found one of the guns and came out with it, only to see that police already had the home surrounded. The friend told police, "I have the murder weapon," and gave it over to police.

After first telling police, "I am not coming out, you will have to come in and shoot me," he later surrendered to police.

Officer Martin's gun was found in the home, under a mattress.

Martinez's trial began on September 4, 1997. He was convicted 22 days later and sentenced to death the following August.

However, in 2010 Martinez was sent to California to face trial for the murder of the Mini-Mart clerk. He's representing himself in the ongoing trial, staying in a California jail.