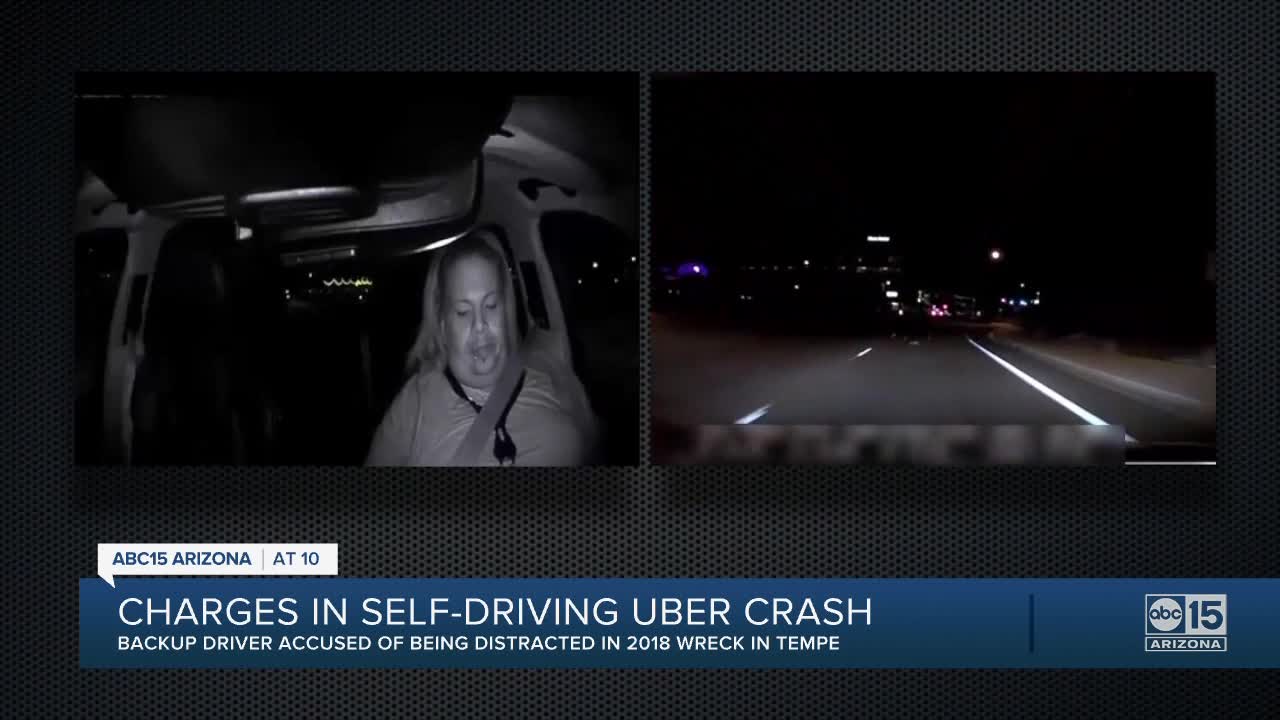 Backup driver accused of being distracted in 2018 wreck in Tempe. 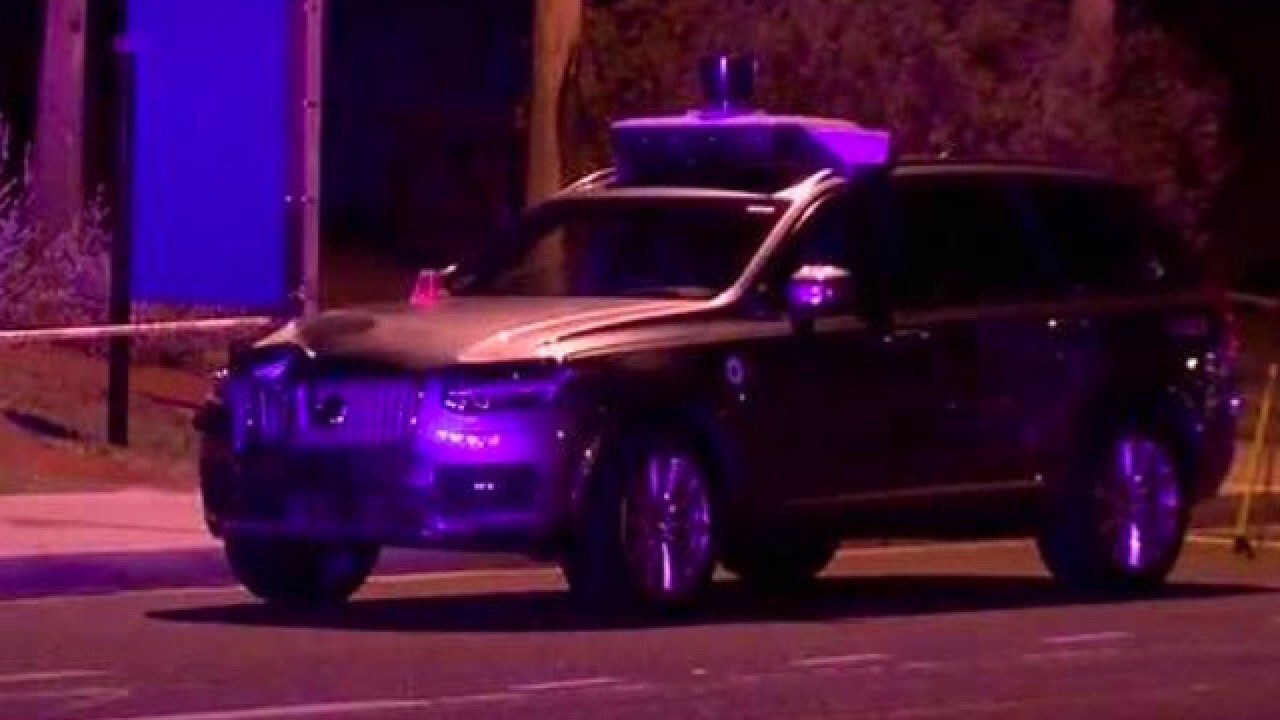 TEMPE, AZ — A backup Uber driver who was in a self-driving Uber when it hit and killed a pedestrian in 2018 has been charged with negligent homicide, according to the Maricopa County Attorney’s Office.

The crash happened in March of 2018 when one of Uber's self-driving SUVs hit and killed 49-year-old Elaine Herzberg as she was crossing mid-block near Mill Avenue and Curry Road. Rafaela Vasquez was in the driver's seat as the backup driver at the time, while the Uber vehicle was in its self-operating mode.

Yavapai County then returned the case to the Maricopa County Attorney's Office for consideration as to whether Vasquez should face criminal charges.

In a police report, it’s noted that Vasquez was allegedly streaming a television show on her phone around the time of the crash. In a video released by Uber in 2018, Vasquez is seen looking down for a few seconds at a time just before the crash. But it's unclear if it has something to do with the show.

According to a police report, investigators noted Vazquez looking down and to her right side multiple times. Before the collision occurred, Vasquez's eyes were allegedly averted from the roadway for approximately 5.3 seconds.

"Sometimes, her face appears to react and show a smirk or laugh at various points during the times that she is looking down," the report said. "Her hands are not visible in the frame of the video during these times."

Officers calculated that had Vasquez been paying attention, she could have reacted 143 feet before impact and brought the SUV to a stop about 42.6 feet before hitting Herzberg.

"This crash would not have occurred if Vasquez would have been monitoring the vehicle and roadway conditions and was not distracted," the report stated.

On Tuesday the MCAO released the following statement on the decision to file a charge against Vasquez:

“Distracted driving is an issue of great importance in our community,” stated County Attorney Allister Adel. “When a driver gets behind the wheel of a car, they have a responsibility to control and operate that vehicle safely and in a law-abiding manner.”

Vasquez pled not guilty to the charge Monday and was released with ankle monitoring.