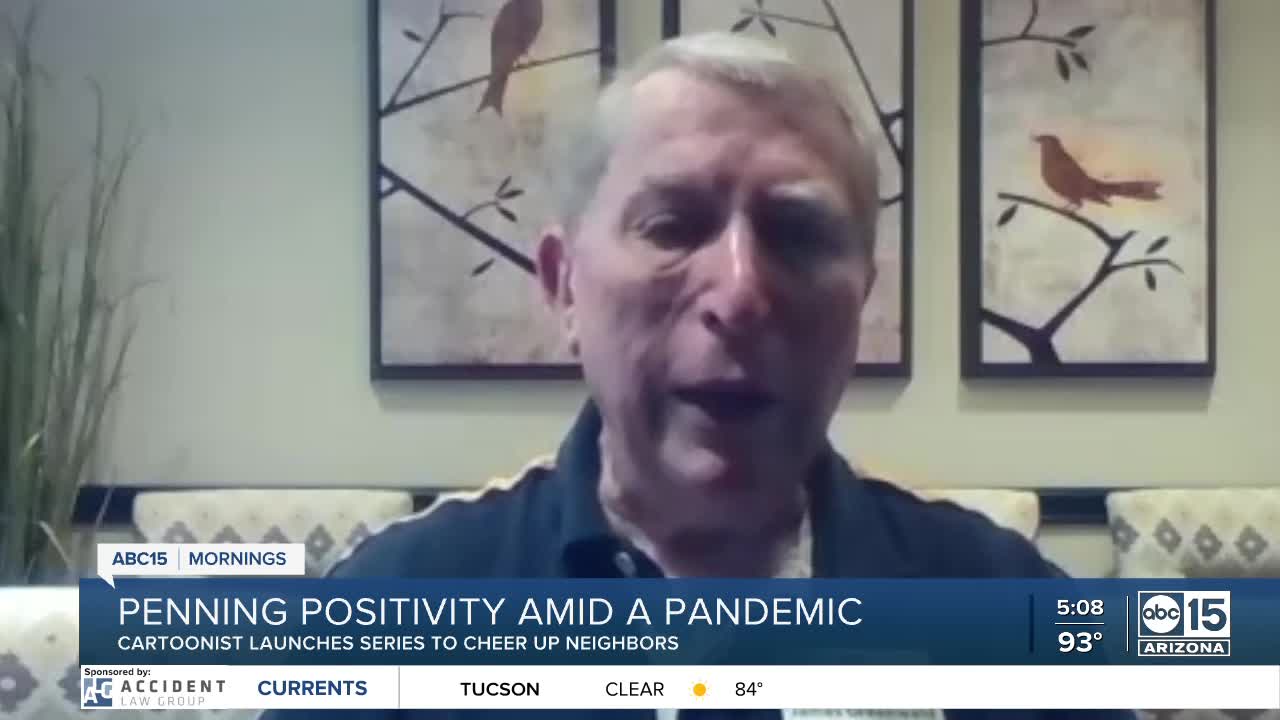 A local cartoonist is drawing a series of cartoons to cheer up neighbors stuck at home amid the pandemic. 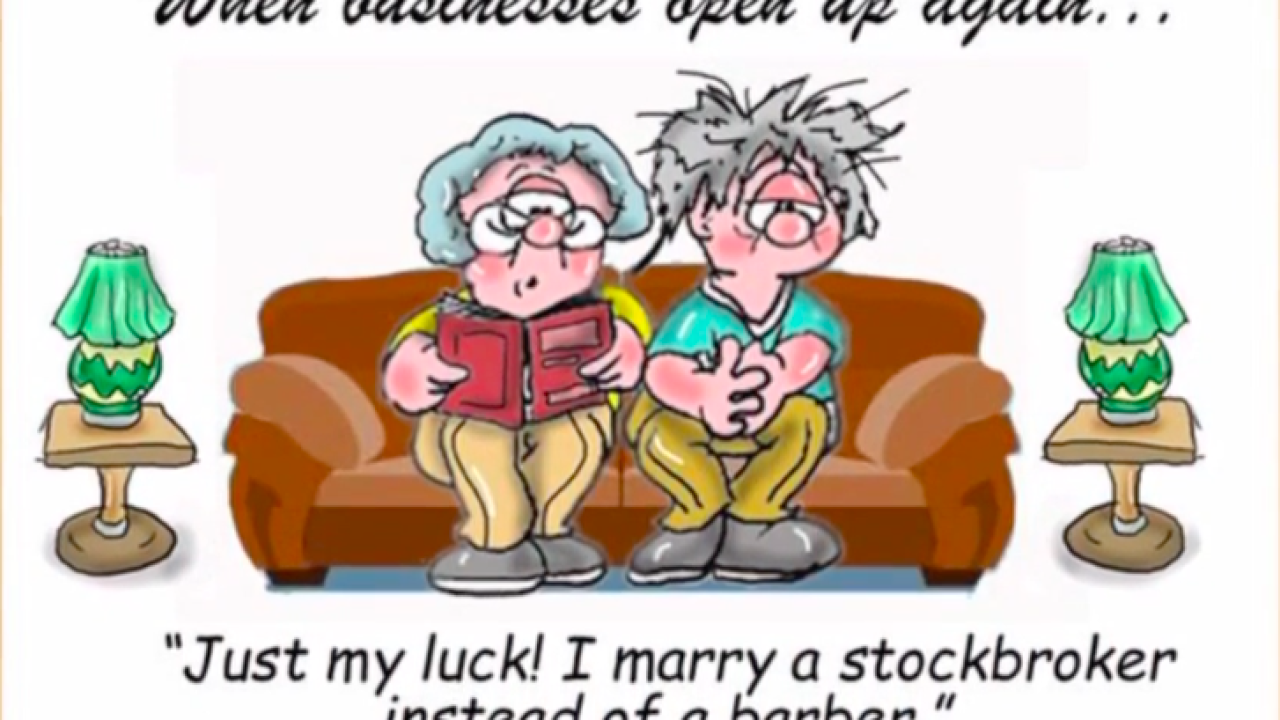 SURPRISE, AZ — A Valley artist launched a cartoon series in hopes of spreading laughter to his neighbors amid the coronavirus pandemic.

Jim Greenwald, who worked professionally throughout his life as a cartoonist, penned the series titled “Sequestered at the Colonnade.” Greenwald lives at Sun Health’s “The Colonnade” retirement community in Surprise.

“We’ve got a number of people who are in their 80s, 90s, who are by themselves. They can’t see their families anymore, they can’t have their friends come over,” Greenwald told ABC15. “Sending over the cartoons to them, you know… you try to get them to smile, you try to get them to laugh and maybe for a few seconds they can forget all the stuff that’s going on.”

The series features characters making quips about communicating with loved ones, talking to each other through masks and carrying out normally routine errands, like getting a haircut, among other scenarios. Greenwald said he created his first cartoon when he was 8 years old and sold his first cartoon at age 12. He still remembers a conversation he had then with his mother.

“She said, 'if you really want me to be proud of you … I would like to see you draw one cartoon every day and give it to someone who’s having a bad day and if you can make them smile or make them laugh then you’ve accomplished what God gave you that gift for,'” he said.

After learning about the series, Sun Health reached out to Greenwald and now features the cartoons in their community newsletter. He has since started drawing cartoons for the company’s other Valley retirement and care facilities.

Greenwald makes no money off the illustrations and said he had “a lot of time on [his] hands” after his wife was hospitalized in January. She continues to battle through health concerns and the couple has rarely gone out in public since then.

“If you’re going to help anybody else, you’ve gotta be positive yourself and that’s what I try to do.”