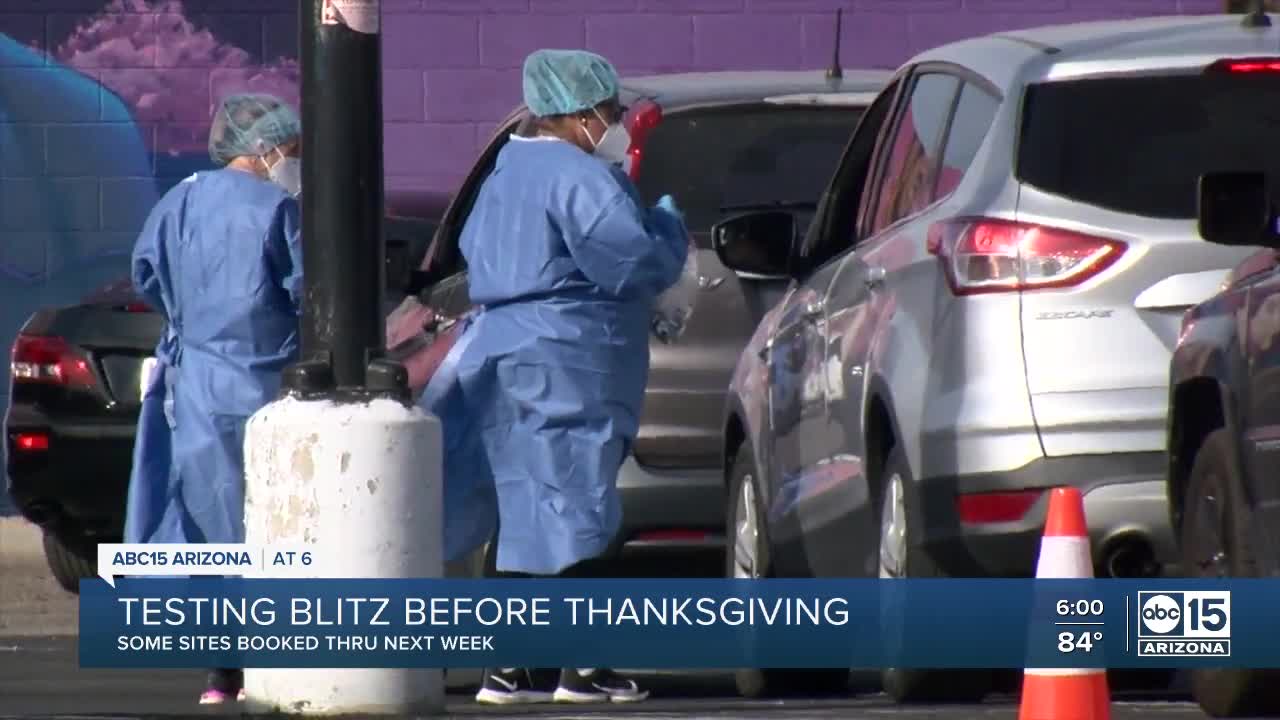 As we race toward the Thanksgiving holiday, lines of cars wrapped around a drive-thru COVID testing site at 67th Avenue and Indian School Road Friday. 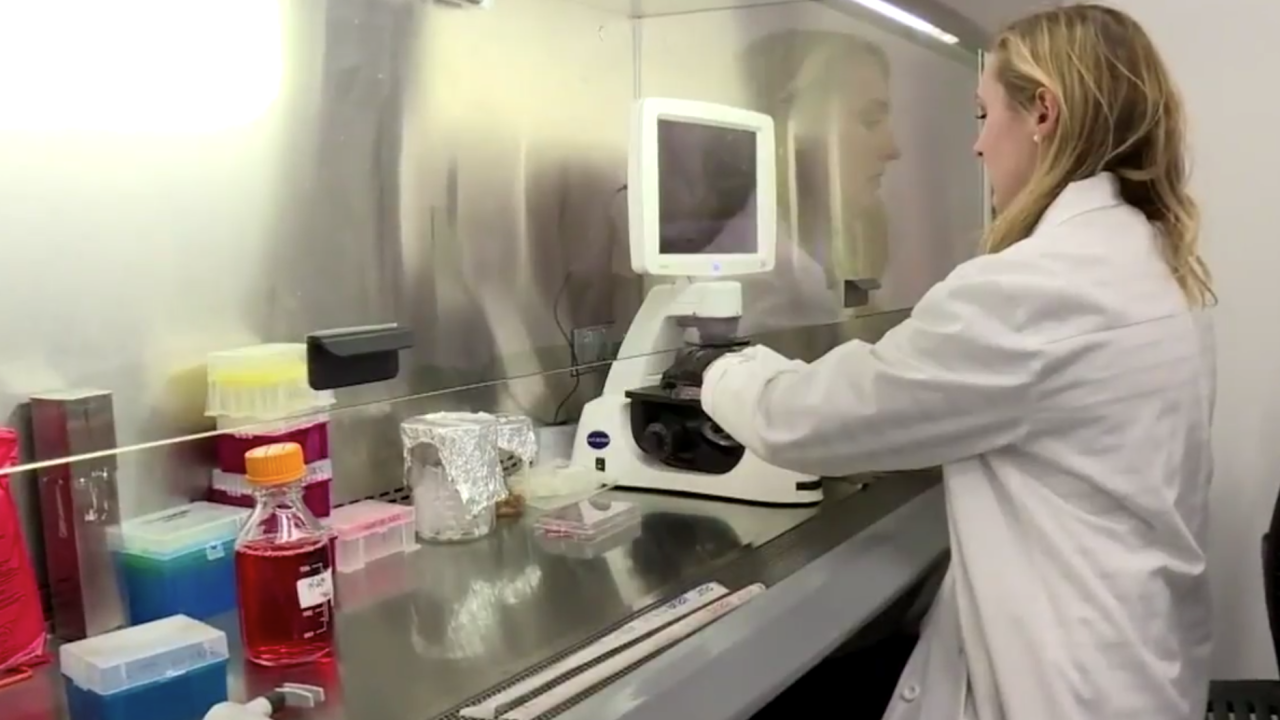 As we race toward the Thanksgiving holiday, lines of cars wrapped around a drive-thru COVID testing site at 67th Avenue and Indian School Road Friday.

“We started from over there in the corner where the liquor stores at,” said one driver who’d been waiting for about 45 minutes.

“Absolutely, we’re willing to wait as long as it takes,” said another.

It’s reminiscent of last-minute shopping during Christmas. Thousands of Arizonans are now hoping to land a negative test off their wish list prior to potential interactions with family next week.

“My brother can’t get sick, so we have to do what we can to protect him,” said a woman who registered for the test online through the state's website.

She says she’s visiting from Texas and her brother suffers from liver failure making him extremely vulnerable to the deadly effects of the virus.

Getting a negative COVID test the only way she’ll be able to be around him.

“It’s not an easy choice, but if I do come back positive, then obviously, I’m going to do the right thing and keep my family safe and everyone else protected,” adding she’ll immediately go into quarantine.

However, getting a test for folks who waited until the last minute won’t be easy.

Registration on events through the state's website is nearly booked through Tuesday.

However, officials in charge of the testing say they’re ramping up efforts.

“We’re setting up extra booths, extra lanes at all the drive-thrus’, and we are adding to the capacity of the lab itself, so as many as ten thousand a day is what we’ll be able to do,” said Jay Thorne, a spokesperson with ASU who is facilitating the testing at high occupancy sites.

He recommends continuing to check times online as more slots will be added, and appointments will open up due to cancellations. But there are other places to get a test.

“A lot of doctors' offices provide it, there are drug stores, pharmacies that provide it so you can look around and find other avenues,” said Thorne.

Testing sites aren’t just in the valley. In fact, twenty-two high occupancy testing sites are available across the state from Saturday through Wednesday. Those Include cities like Flagstaff and Tucson and even rural communities like Rio Rico, Williams and Nogales.

Saliva tests like the ones used by ASU are very accurate and take about 24-48 hours for results.

“It is important to get tested, but it doesn’t mean just because you’ve been tested and get a negative response that it’s OK to get together with 15 or 20 people at a big thanksgiving event, that’s still not recommended,” warned Thorne.