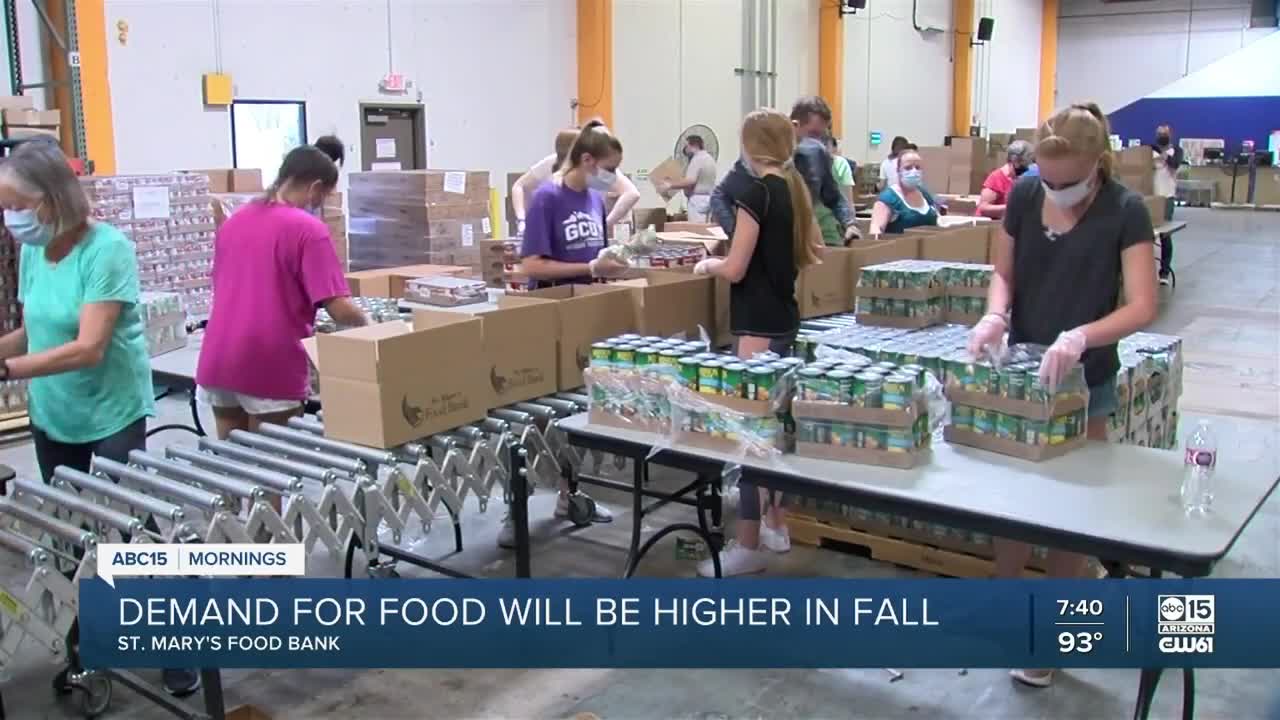 St. Mary's Food Bank is expecting the demand for food to rise again in the fall.

PHOENIX — Months after the pandemic began, St. Mary's Food Bank says things have slowed down slightly but the demand is still there.

“It’s not the frantic pace that we’ve seen before but it’s still normally higher than we would see in a regular year," Jerry Brown, with St. Mary's Food Bank, said.

Brown says they're still doing about 50-60 emergency food pantries a month, compared to 70 in March, April and May, and 40 before COVID-19.

He says this year, they've distributed 107 million pounds of food in Arizona. That's the first time in their 53-year history that they went over 100 million. The pandemic has also significantly impacted the number of volunteers they rely on.

"We went from 200-300 volunteers in a day to less than 30 in a day," Brown said. "That number has risen a little bit as we've gotten the help of the National Guard which has been helpful for us."

The U.S. Census Bureau says 12% of Americans who responded to a survey in July said they live in a household where there was sometimes or often not enough food to eat for the previous seven days.

For information about food distribution times or how to help, click here.