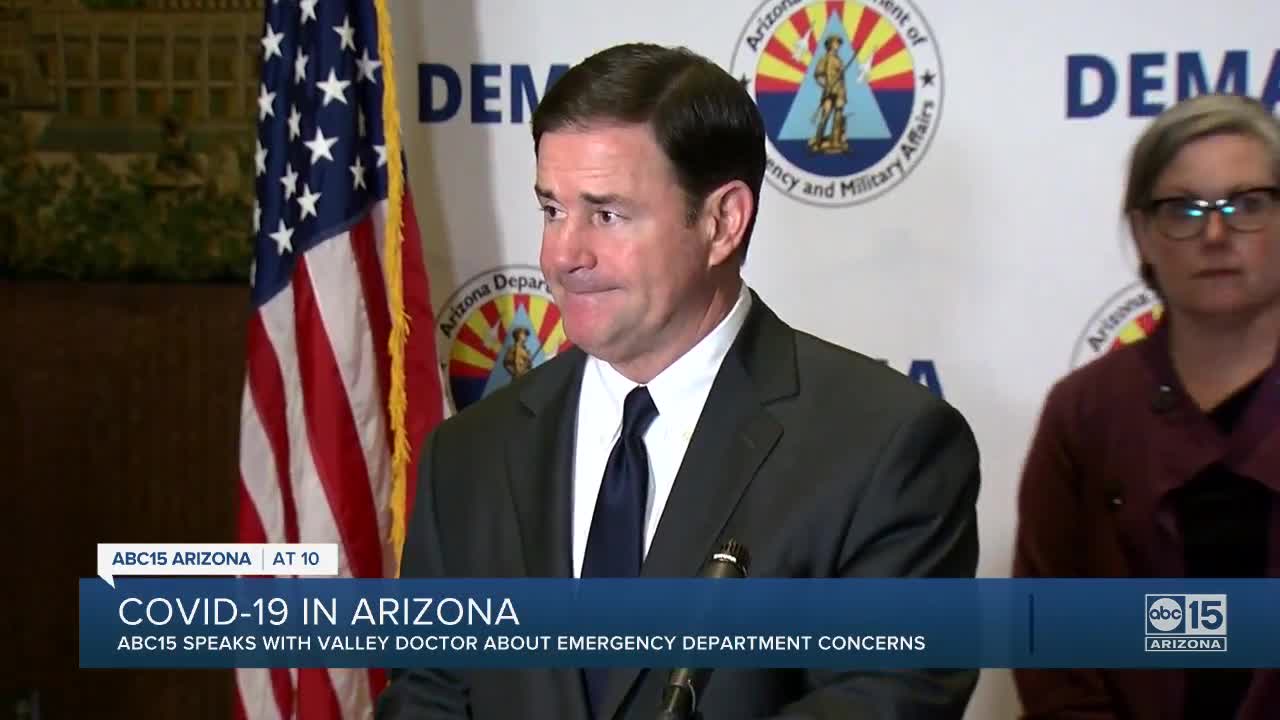 Arizona’s governor has left the state for ‘a couple days away’ as COVID-19 cases are rising and no new actions have been taken to try and slow the spread. 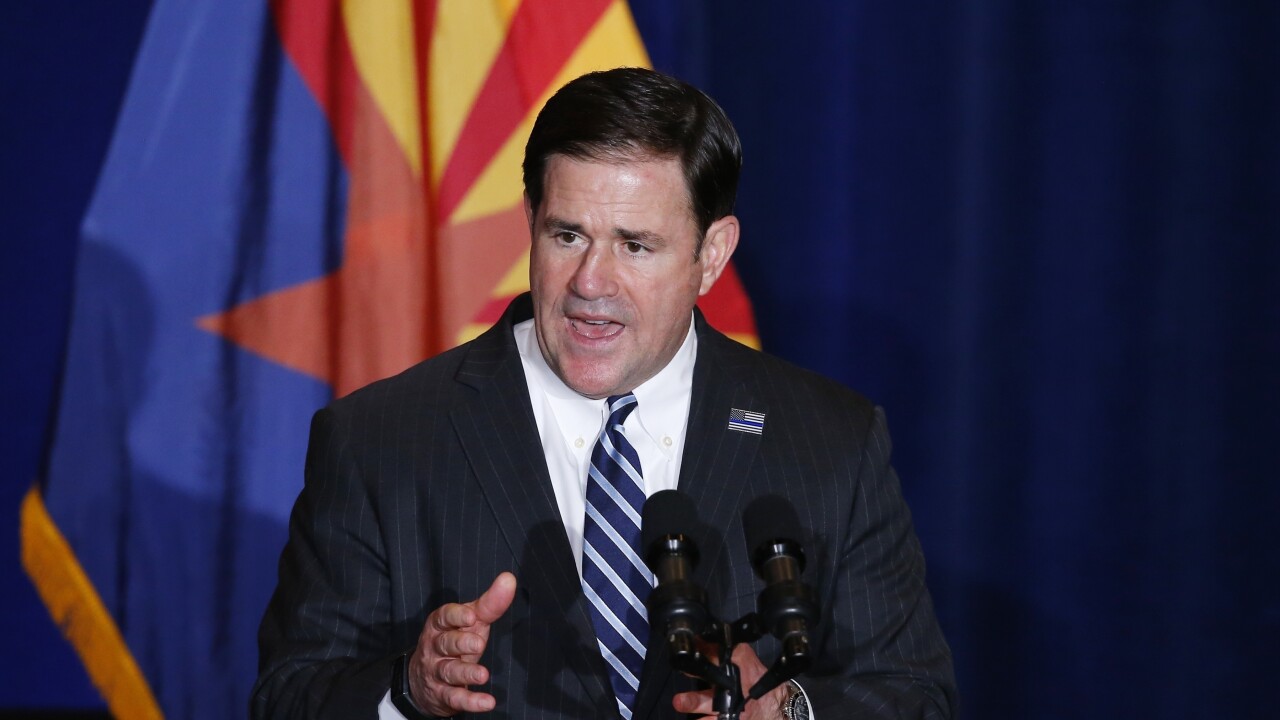 PHOENIX — Arizona’s governor has left the state for "a couple days away" as COVID-19 cases are rising and no new actions have been taken to try and slow the spread.

In a statement, Chief of Staff Daniel Scarpinato said, “It's the Governor's 30th wedding anniversary and he's spending a couple days away with his wife. He's plugged in and in constant communication with our office and the White House on the election results, COVID-19 and other state issues.”

Secretary of State Katie Hobbs and other statewide elected officials were notified, per protocol.

Ducey has not held a COVID-19 briefing since October 29, and he has not made any public appearances since the election.

RELATED: Phoenix mayor has not heard from Gov. Ducey on COVID-19 in months

Earlier this week, the governor released a video on social media about the increase in cases through a scripted message leaving no opportunities to face questions from the press.

Cases of COVID-19 are rising across the country and Arizona is no different. There are simple steps you can take to protect yourself, your family, and your community. We can't let up. #MaskUpAZ pic.twitter.com/IO7M1sperz

State leaders in Arizona are relying on personal responsibility and asking Arizonans to continue to socially distance, wear a mask, wash your hands and stay home when you’re sick.

ABC15 spoke with Arizona Senator Kyrsten Sinema on Thursday about the rise of COVID-19 cases.

"It’s unfortunate that we have had a lack of effective leadership at the state level in Arizona,” she said. “Arizonans deserve clear, accurate, and up-to-date information. They deserve that from our state leaders so they can make smart decisions and keep themselves and their family members healthy and safe.”

ABC15 asked Senator Sinema about when we can expect more help from Congress as we have not seen a second relief bill.

“Congress has been absolutely derelict in its responsibility to provide additional financial relief to Arizonans. Congress allowed the enhanced unemployment insurance to stop and lapse, which has hurt working families and everyday people in Arizona.”

Sinema says along with Congress failing in its responsibility, she worries about Arizona having the second-lowest unemployment insurance rate in the country.

“I’ve been calling for months for the state legislature and the governor to increase that rate.”

Although the governor has taken no new actions on COVID-19, he reminded Arizonans of actions that have been taken so far.

In a video message, the governor said:

We’ve taken actions in Arizona to limit the spread and combat the virus.

We will continue to take every action necessary to protect public health, while also recognizing that all our actions have impacts on peoples’ lives in so many ways.

Ducey reminding Arizonans that it’s been a long year, saying, “we all want to get back to normal. But that’s not in the cards right now.”

It is unclear when the governor will have his next COVID-19 briefing.