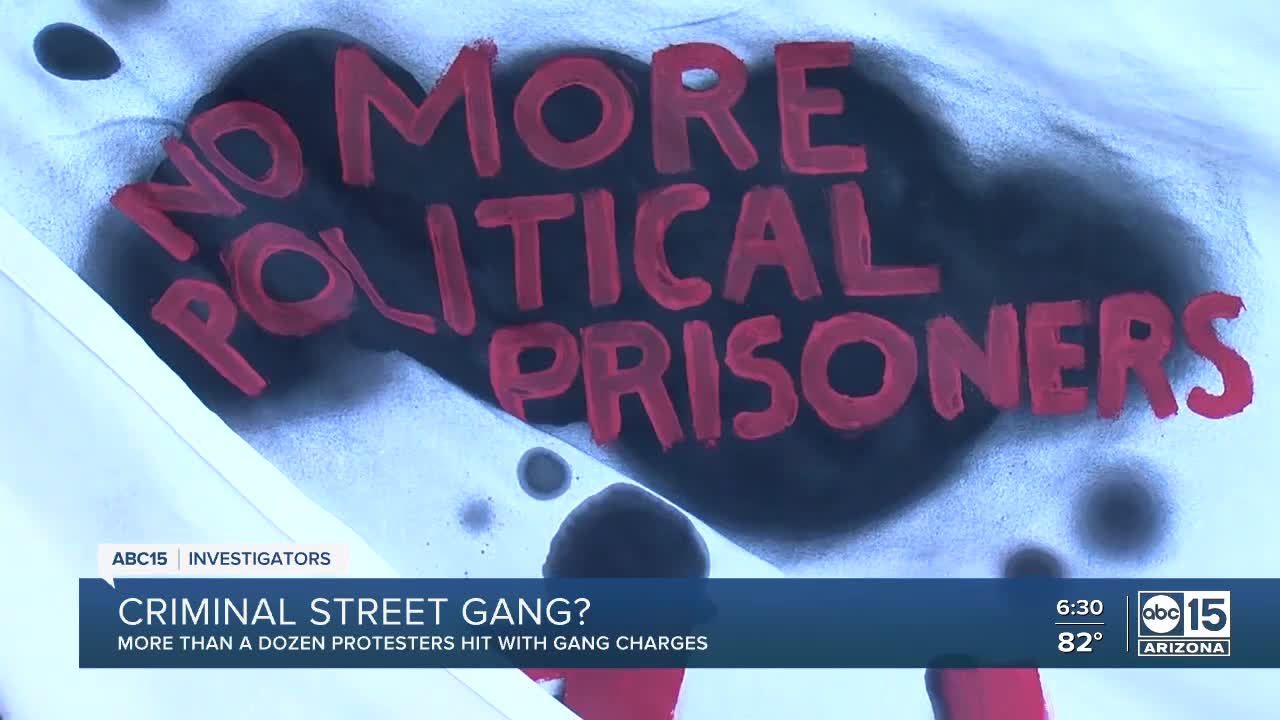 More than a dozen protesters hit with gang charges, while advocates say the charges are comepletely unfounded.

The added indictments were issued earlier this week against more than a dozen defendants, who were already facing additional charges related to an October 17 protest and others earlier in the year.

Phoenix Police have been accused of targeting specific protesters and community activists throughout the year.

Defense attorneys and community organizations are voicing deep concern about the escalation of criminal charges against the group and broader implications for the constitutional right to protest.

“It is not criminal gang activity to protest the police department that we pay millions and millions of dollars to exist,” said Viri Hernandez, a director with Poder in Action. “These charges are messed up. They are wrong.”

A spokesperson with the county attorney’s office said they can’t comment because some defendants had not been served.

They plan to issue a response once the indictments are publicly filed.

During an evidentiary hearing to determine if one of the defendants should be released on bond, prosecutors and police laid out some of their evidence and claims agains the group.

According to hearing and sources, the street gang charges are based on the group’s common use of the phrase “all cops are bastards,” the fact they all dress in black, and carry umbrellas.

Police testified the group used the umbrellas to attack officers, conceal their activities, and further their criminal activities.

“These charges are messed up. They are wrong,” she said.

The protestors are being charged under a section of Arizona Revised Statute 13-2321.

ACLU of Arizona also responded to the news of the charges on Twitter.

“The right to free speech is fundamental. Baseless arrests and prosecutions aimed at preventing free speech are an abuse of power and cannot be tolerated. Maricopa County Attorney Allister Adel must answer for this,” the civil rights organization wrote.

MCAO has assigned a veteran prosecutor, April Sponsel, to handle the protest cases. She spent years in the office’s gang bureau, according to MCAO’s website.