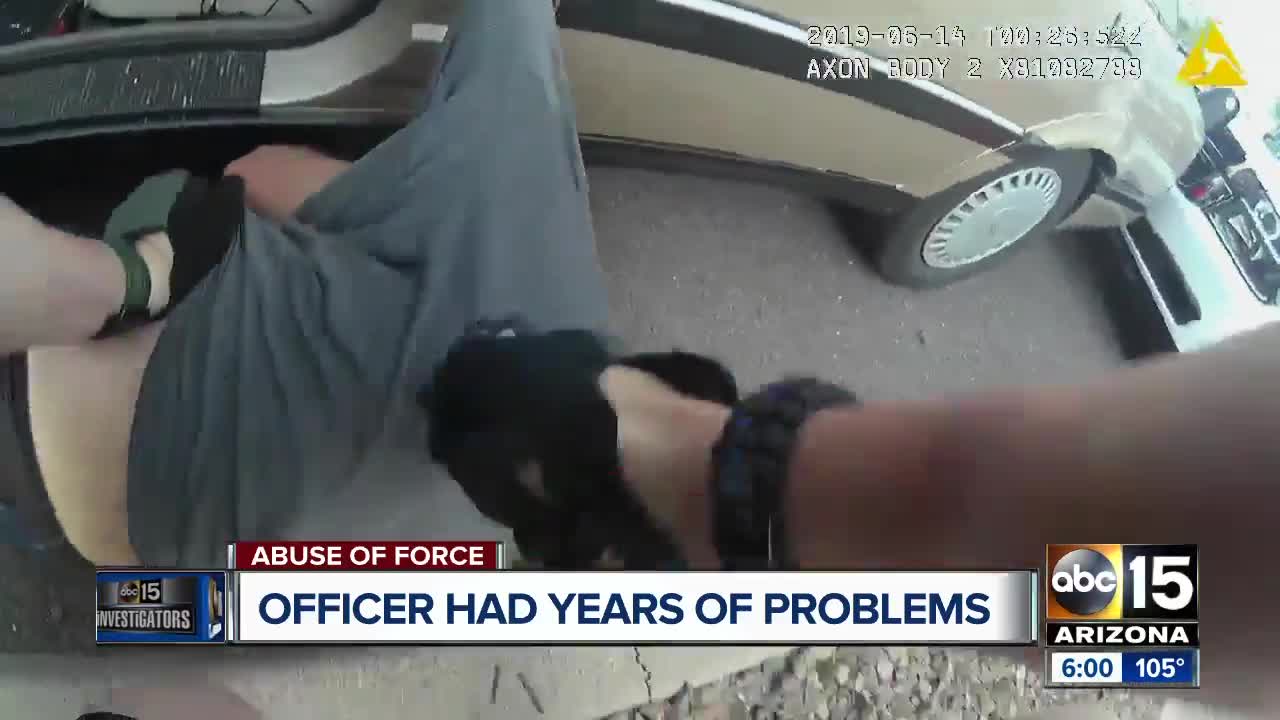 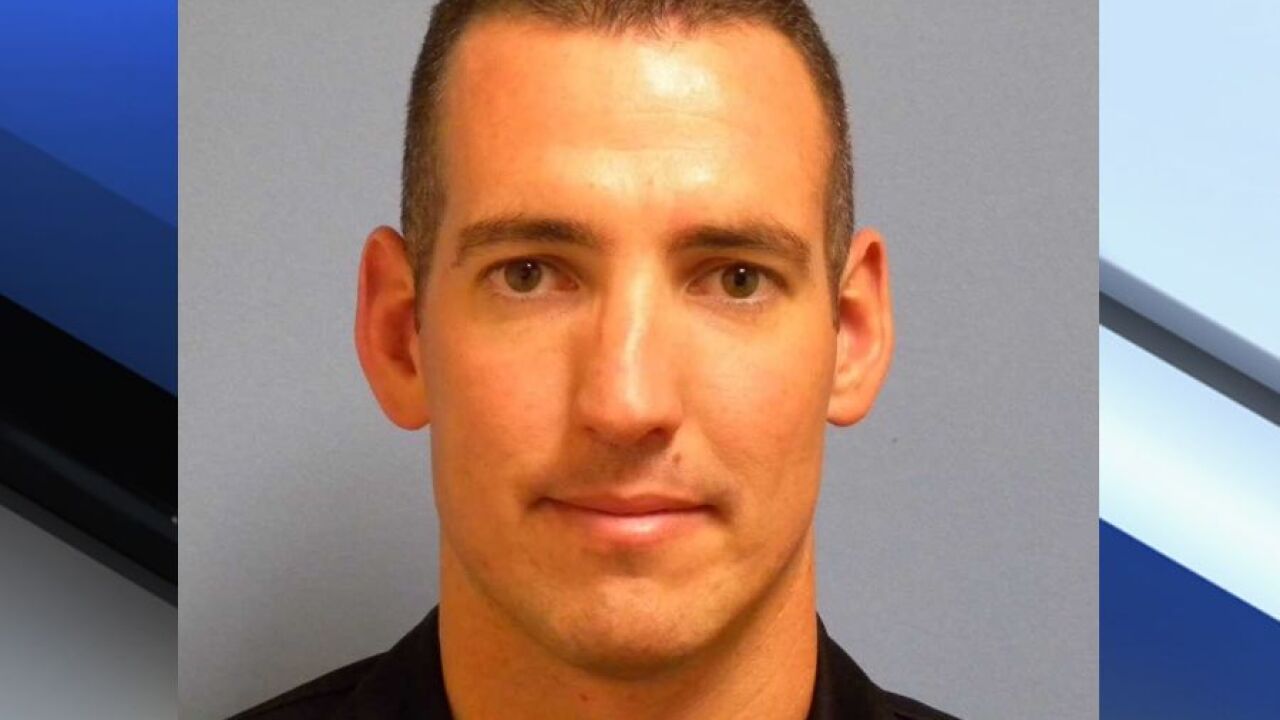 GLENDALE, AZ — The Glendale Police Department denies that it only recently moved to terminate a high-risk officer with years of disciplinary problems because the agency is under FBI investigation and intense public scrutiny.

Officer Joshua Carroll, who was punished for the last time for repeatedly beating and tasered a mentally-disabled man in June, has resigned in lieu of termination.

“It was not a factor,” a police spokesperson wrote about the FBI’s ongoing probe. “The seriousness of this violation, along with, but not exclusive of, Carroll’s prior discipline warranted termination in this case.”

Carroll has six disciplinary actions since 2016.

Some of the actions are for significant issues, including issues of dishonesty and high-risk policy violations during a pursuit.

“During the pursuit, he showed extremely poor decision making and no due regard for public safety in advising an officer trainee to violate policy by increasing his speed to over 100 mph and not stopping for red lights,” according to a Glendale Police disciplinary records. “During the same incident, Officer Carroll fired a rifle round at a suspect, putting civilian and other officers at risk. When I served Officer Carroll his discipline for the pursuit, he never accepted responsibility and provided excuses for his conduct. For example, Officer Carroll stated to me that this investigation would have never happened if it was (10) years earlier, and no cameras were in our vehicles.”

As a result of all of Carroll’s disciplinary issues, the memo states that the 10-year veteran should be terminated because he poses a risk to the community.

However, until the June 13 incident captured on body camera, Glendale never disciplined Carroll with any punishments higher than written reprimands or memos of correction.

“Carroll’s previous discipline was decided based upon the offense class and sanction for each incident. The incidents are elevated, up to the point of termination, based upon prior incidents within the same violation class,” a spokesman wrote when asked why Glendale didn’t suspend or terminate Carroll sooner.

The FBI began investigating Glendale police after an ABC15 investigation in February that exposed another disturbing taser incident captured on body camera.

In that case, officers shocked Johnny Wheatcroft nearly a dozen times, including a final time in the testicles, according to the video and a lawsuit.

Glendale police declined to provide any information about how many cases the FBI is investigating.

“The FBI would be the appropriate agency to comment,” a spokesman said in a statement.

The FBI has declined to comment on the investigation.

Carroll worked with the FBI as an investigative specialist before joining the Glendale Police Department, records show.