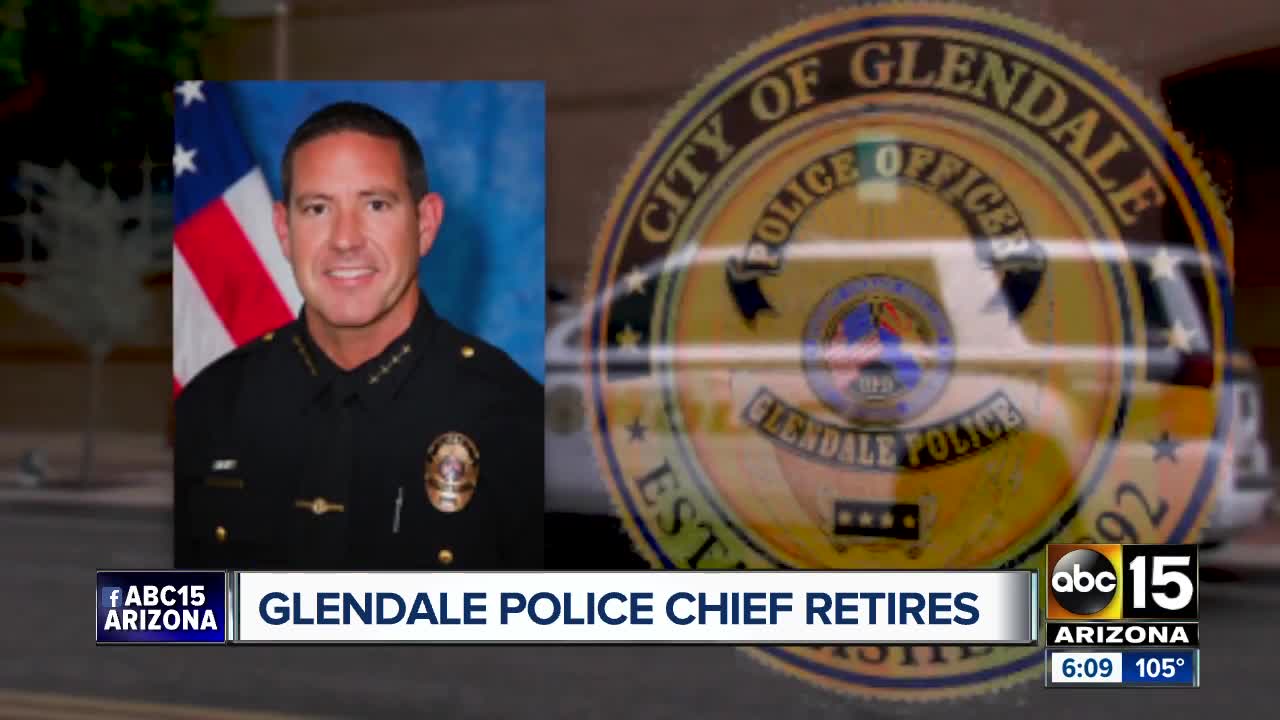 GLENDALE, AZ — Glendale Police Chief Rick St. John has retired after just two and a half years in his position.

St. John's last day was July 30, according to a letter he sent to police personnel last month. St. John moved up the ranks in Glendale over 23 years and became chief in 2016. Assistant Chief Chris Briggs will serve as Interim Chief.

Glendale's police department is facing an FBI probe after ABC15 first aired video of a 2017 Taser incident in February. The video shows Officer Matt Schneider tasing a man 11 times, including in the genital area, after a traffic stop. The man who was tased, Johnny Wheatcroft, is suing the city claiming excessive force and torture.

St. John's retirement was approved by the city's police pension board last month.

On a recording of the meeting, a board member commented he was "surprised" about the retirement. The board voted to approve the pension.

A city spokesman said that St. John verbally informed the city manager of his retirement plans. The former chief also wrote a letter to police personnel announcing his intention on July 17. In the letter below, he says he plans to "take on new challenges," and the management change is "positive progression and necessary growth for our department to stay healthy."

To all Police personnel,

It is with mixed emotions that I am writing to you all to announce my upcoming retirement. For as long as I can remember, all I’ve ever wanted to do was be a police officer, follow in the footsteps of my father and become a Chief of Police. The City of Glendale and the Glendale Police Department gave me that opportunity and helped to make my lifelong dreams a reality. Along the way, I’ve made great friends, created memories that will always be with me, and I’ve learned what it means to be a part of a team; a family of people dedicated to serving at the highest level. For all of us the time comes when we must move on and take the next steps laid out before us, this is my time. July 30th will be my last day as the Chief of Police. I’m excited to take on new challenges, yet saddened by the thought of no longer donning the uniform and badge that I’ve spent nearly 23 years wearing. It has been an honor serving with you all. Thank you.

As for the future here, Asst Chief Briggs will be named Interim Police Chief. I’ve trusted in his abilities for many years now, and I am confident that he will serve well in this role. The leadership team for our department is, in my opinion, stronger than it’s ever been. We have a bright future of continuing to develop leaders within our ranks. My departure brings opportunity for others who are ready to take the next steps. This is positive progression and necessary growth for our department to stay healthy.

Again, thank you all for serving with me and allowing me to serve with you!