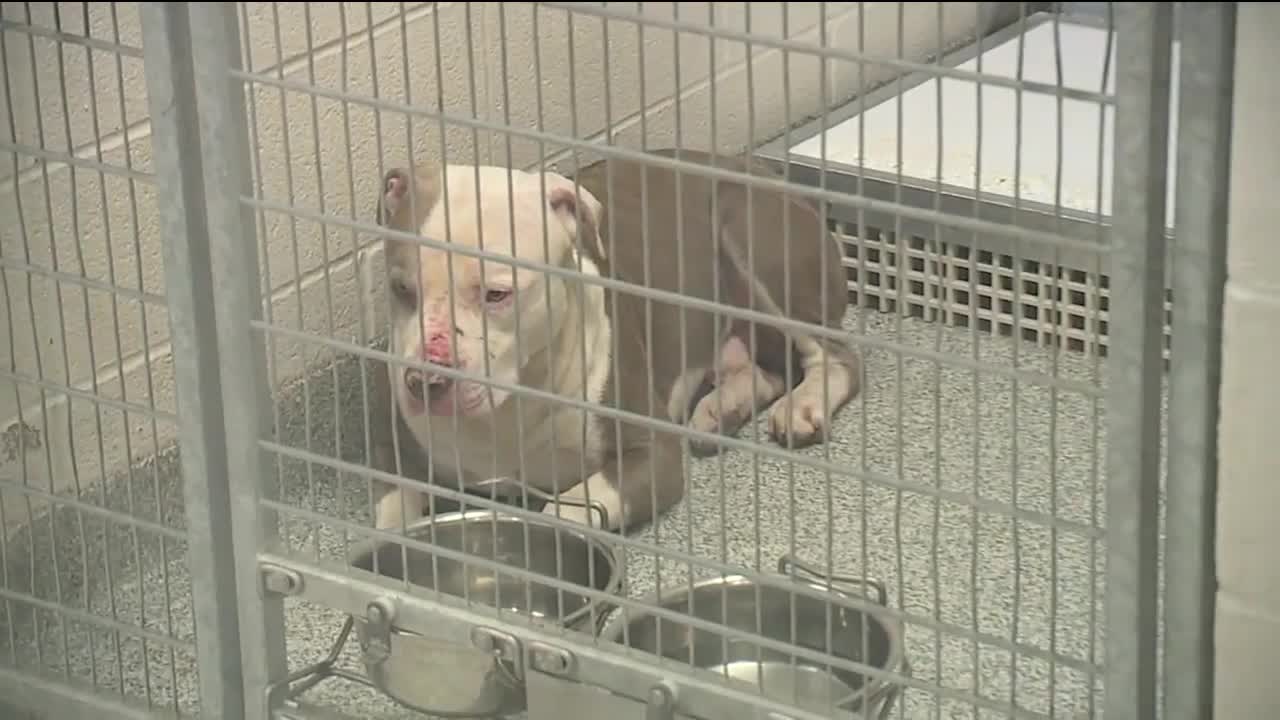 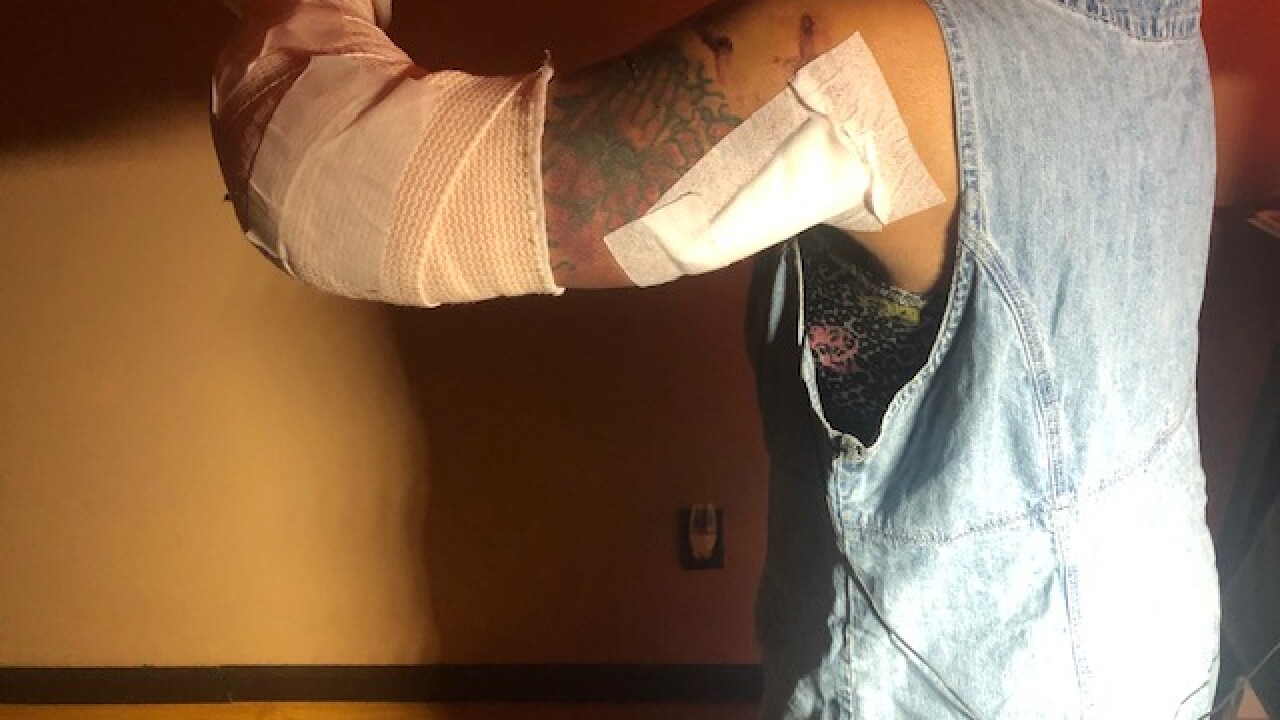 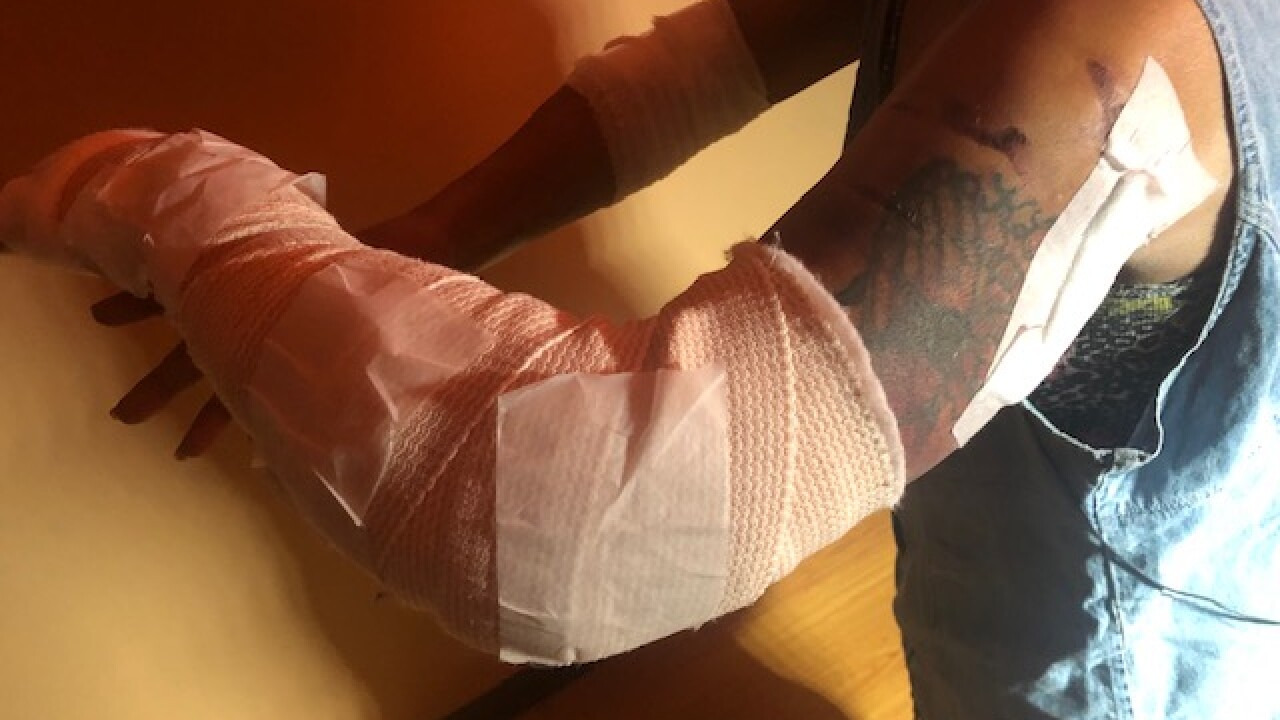 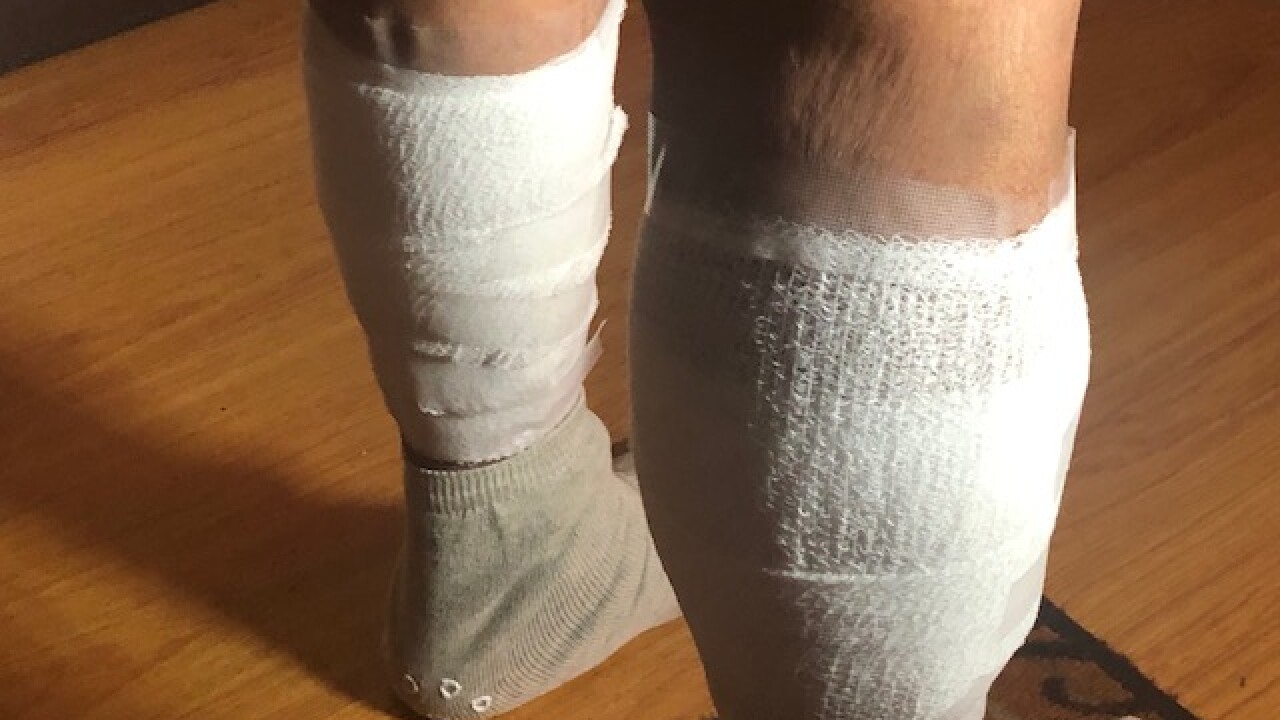 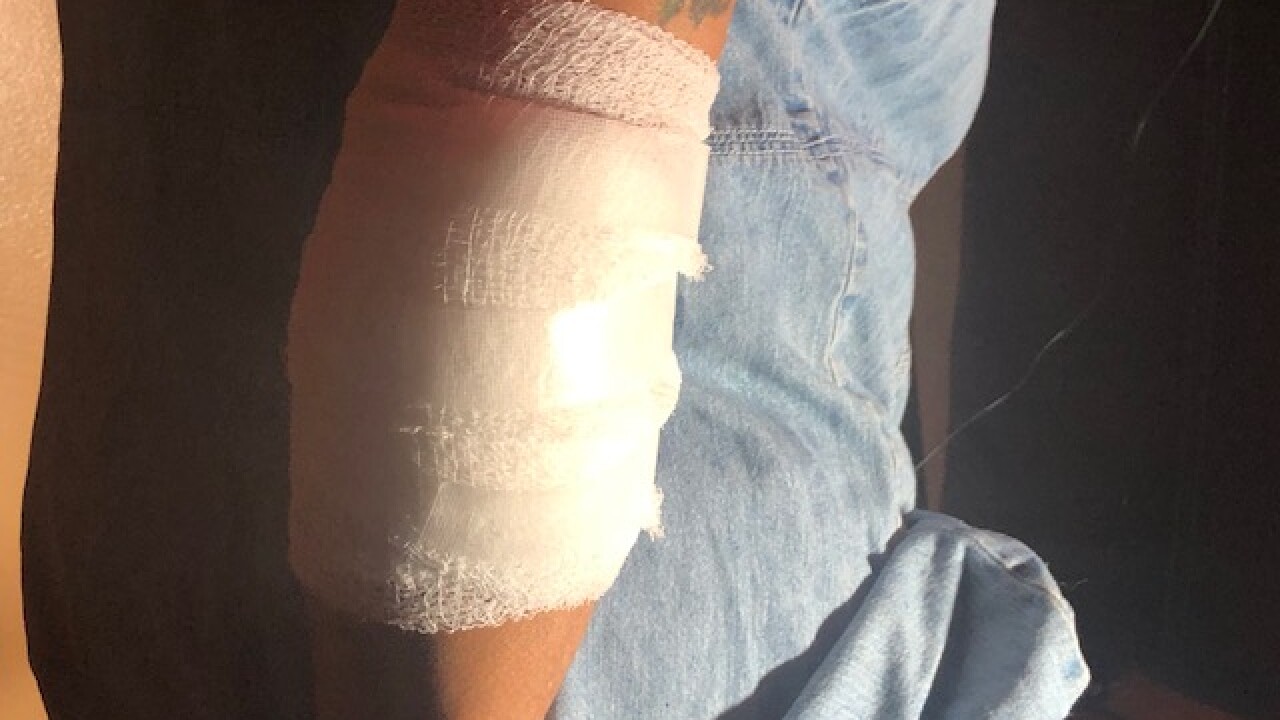 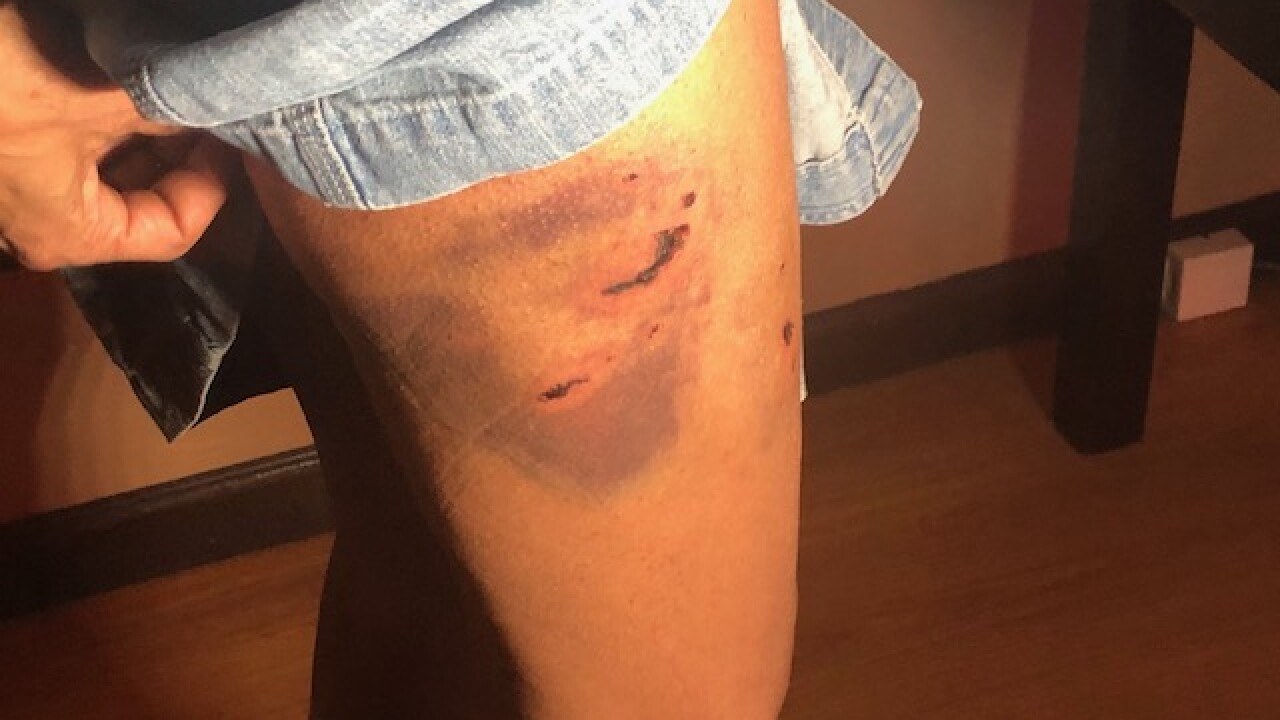 Bandages protect her bloodied and extremely painful arm wounds. Bite marks are clearly evident on an uncovered leg. She has no feeling in the fingers on her left hand and a cap covers her head where locks of hair were ripped out.

Betty Bennett, 57, has a long and difficult road to recovery ahead of her after she was attacked by three roaming pitbulls on Monday morning.

"I just knew I was dead," Bennett said from her Akron, Ohio home. "That's all I can say. I just knew they were going to kill me."

Bennett had just stepped off a bus on Arlington Street and was walking home. But when she got to the intersection of Milton Street and Roscoe Avenue, the unprovoked dogs-- each weighing about 40 pounds-- charged after Betty and took her to the ground.

"All three of them surrounded me and automatically started attacking me," she said. "They just started biting me all down my left leg, on the side of my calf."

Bennett swung her purse at the dogs, but they wouldn't let go during a vicious struggle that lasted several minutes.

A man, who witnessed the attack, pulled over his truck and starting hitting the dogs with sticks, but they didn't release their grips until two other good Samaritans came to Bennett's aid and distracted the pits.

Bennett wants to thank the men for stepping in, but she doesn't know who they are.

"They need recognition because they saved my life," she said. "Please come forward so I can thank you again."

Thirty minutes before the attack, the same pitbulls attacked three other people on Reed Avenue, including a mailman and a social worker in the neighborhood for a home visit.

The social worker also credited a neighbor for getting the dogs off of her.

She was hospitalized for serious bite wounds as was the man who came to her rescue.

The dogs are being held in quarantine at Summit County Animal Control. Bennett wants them to be put down.

"So nobody else has to go through what I just went through," she said.

Akron police said the dog warden had identified the owner of the dogs and charges could be filed as early as Friday.