Inside the mysterious case of 3 deaths, 2 missing children and a terrified husband 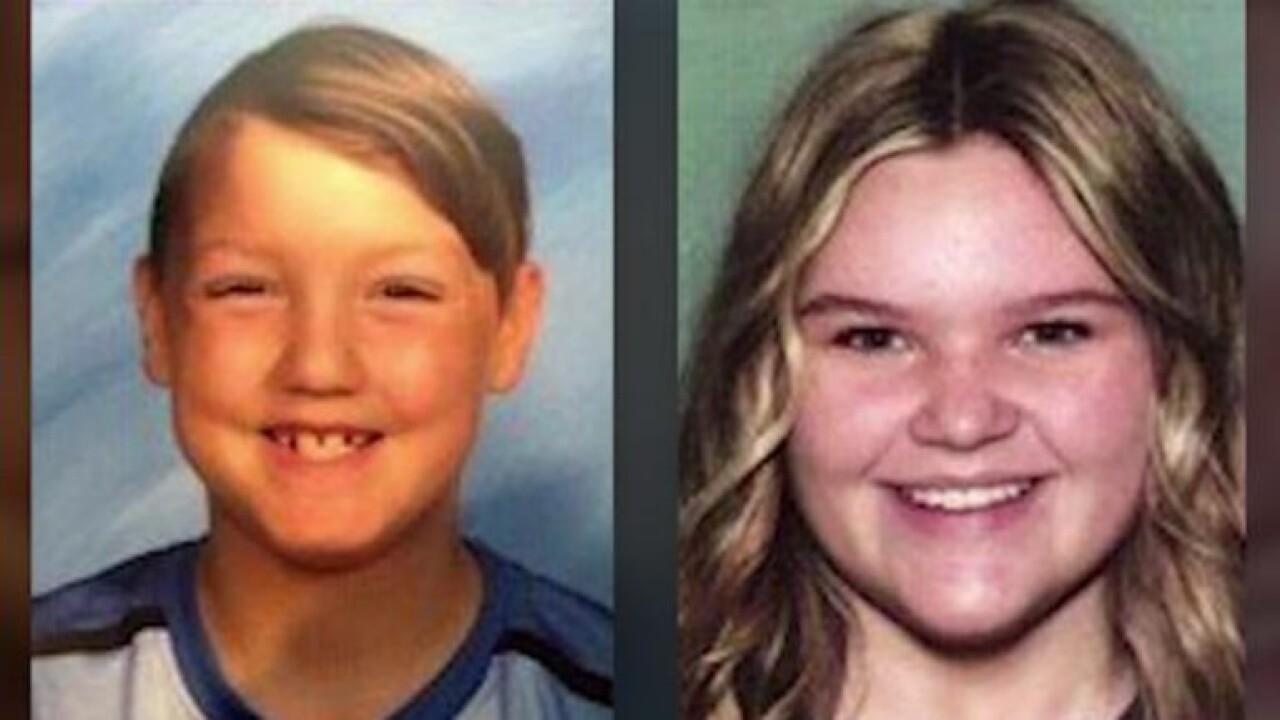 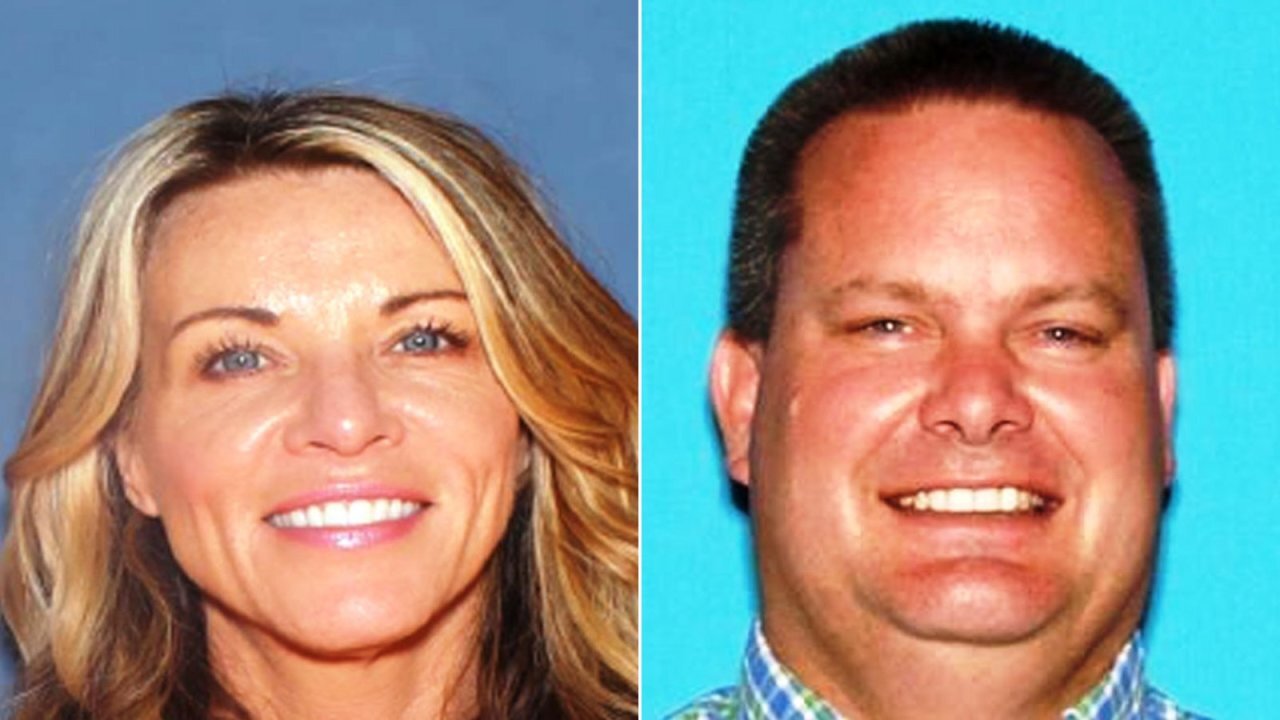 When authorities first began investigating the disappearance of two missing children in Idaho, few could have guessed that the case would expand to three other deaths, rumors of a cult, and a mother who police say "has completely refused" to help them.

Authorities in Rexburg have said they think the children's "lives are in danger." They have also lambasted Lori Vallow, a 46-year-old Rexburg resident and the adopted mother of Joshua and biological mother of Tylee, for allegedly running off with her new husband, Chad Daybell, in the wake of it all.

Yet the mysterious case involving the family, and the tragedy that has commenced, appears to begin about 10 months before when Vallow's then-husband, Charles Vallow, filed for divorce.

'Genuine fear for his life'

Charles Vallow, who is the biological father of Joshua, filed for divorce from Lori Vallow in February 2019, court records from Maricopa County Superior Court in Arizona show.

His attorney in the proceedings, Steven Ellsworth, said that Vallow expressed "genuine fear for his life and under our advice obtained an Order of Protection against Lori Vallow," according to a statement Ellsworth sent ABC News.

Ellsworth also said Vallow's "main concern throughout the [divorce] case was ensuring JJ was safe, cared for, and that JJ’s routine was consistent due to his special needs," according to the statement.

Vallow wanted the same for Tylee, but because she was not his biological daughter she was not involved in the court proceedings, Ellsworth said.

Vallow's "fear for his life" appeared to stem from statements that Lori Vallow made after meeting Daybell, who is the author of several religious-themed fiction books.

Lori Vallow had at one point claimed she was "a god assigned to carry out the work of the 144,000 at Christ's second coming in July 2020" and didn't want anything to do with her family "because she had a more important mission to carry out," according to court documents obtained by The Arizona Republic.

Kay Woodcock, Charles Vallow's sister, told The Associated Press that her brother was "highly concerned" about his wife.

"It all culminated into that cult that she’s in," Woodcock said, appearing to reference Preparing a People, an organization that preaches about preparing citizens "of this Earth for the second coming of Jesus Christ," according to their website.

Daybell spoke at some Preparing a People events.

Preparing a People issued a lengthy statement on its website in light of the events explaining that the multi-media company has been providing services to a variety of clients over the past seven years.

"It is not a 'group' and is not a 'Cult' or something people join, but has educational lecture events that can be attended or watched on video," the statement reads. "We also do not share any of Chad Daybell's or Lori Vallow's beliefs if they are contrary to Christian principles of honesty, integrity and truth."

Despite the rumors, in March 2019, Charles Vallow dropped the divorce proceedings.

About six months later, he was shot and killed.

Vallow went to his wife's home around 8:30 a.m. that day, and the two got into an argument, according to a statement from Chandler police. It was not immediately clear how long the Vallows had not been living together.

Cox allegedly intervened in an attempt to de-escalate the situation, but he and Vallow then got into a physical altercation, police said.

Vallow struck Cox in the head with a baseball bat, then Cox shot Vallow twice in the chest, according to police.

Vallow was pronounced dead at the scene. No charges were filed against Cox.

Detective Seth Tyler, of the Chandler Police Department, told ABC News on Wednesday that the case is being looked at as self-defense. It remains open in an effort to help with the missing children's investigation.

About six months after that shooting, on Dec. 11, 2019, Cox was found unresponsive in his Gilbert, Arizona, home and was later pronounced dead, according to Brenda Carrasco, a public information officer for Gilbert police.

Carrasco said they are waiting for autopsy results to determine the cause and it is too early to say if foul play is involved. She expects the autopsy to take another two and a half months.

In between Vallow and Cox's death, Chad Daybell's wife also died under circumstances that are now believed to be suspicious.

Tamara "Tammy" Daybell's death on Oct. 19, 2019, was initially thought to be natural, but a subsequent investigation determined it may have been suspicious and her remains were exhumed in late December, police said.

Sheriff Len Humphries, of the Fremont County Sheriff's Department, told ABC News on Tuesday that authorities are looking into whether or not she was poisoned.

Around the time of the death of Daybell's wife, Lori Vallow and Chad Daybell told people that Lori Vallow's daughter had died about a year earlier and she had no minor children, according to police.

'I need this to end for all of us'

Joshua and Tylee's safety was called into question in November 2019, when extended family reported that they hadn't been able to speak with Joshua since September and requested a welfare check at the Rexburg home, where the family moved after Lori Vallow's husband was killed.

When police went back the next day to Vallow and Daybell with search warrants, they found that both had "abruptly vacated their residence and left Rexburg."

Police released information to the public about the children on Dec. 20, saying they believe their "lives are in danger."

Police have since said that Vallow "has completely refused" to help in the investigation.

"We know that the children are not with Lori and Chad Daybell and we also have information indicating that Lori knows either the location of the children or what has happened to them," according to Rexburg police. "It is astonishing that rather than work with law enforcement to help us locate her own children, Lori Vallow has chosen instead to leave the state with her new husband."

Mother of siblings missing since September not cooperating with investigation, police say

Police have said their primary concern is finding the children and that "charging decisions will be made in due course based upon the evidence available. If we find that harm was done to these children within our jurisdiction, we will prosecute whoever caused that harm."

An attorney for Vallow and Daybell, Sean Bartholick, called her a "devoted mother" who "resents assertions to the contrary," according to a statement issued last week and obtained by ABC News.

Bartholick said Daybell was "a loving husband" who has the support of his children in this matter.

"We look forward to addressing the allegations once they have moved beyond speculation and rumor," Bartholick said in his statement.

The attorney did not respond to ABC News' questions as to where the two are and said he had no additional comment.

Family members of Vallow and Daybell have urged them to come forward for the sake of Joshua and Tylee.

"It is our hope and prayer that JJ and Tylee are safe. We want for the truth to be found -- whatever that truth turns out to be," according to the statement provided to ABC News.

He also appeared to distance himself from his younger sibling.

"I have not been close to Chad since childhood. My immediate family has had little association with Chad the last many years due to our concerns with his religious claims and particular books he had chosen to publish, including his own," the statement read.

Matt Daybell said he has not seen or directly talked to his brother since Oct. 23, 2019, for Tamara Daybell's memorial.

Colby Ryan, Vallow's older son, has pleaded with his mom to come home.