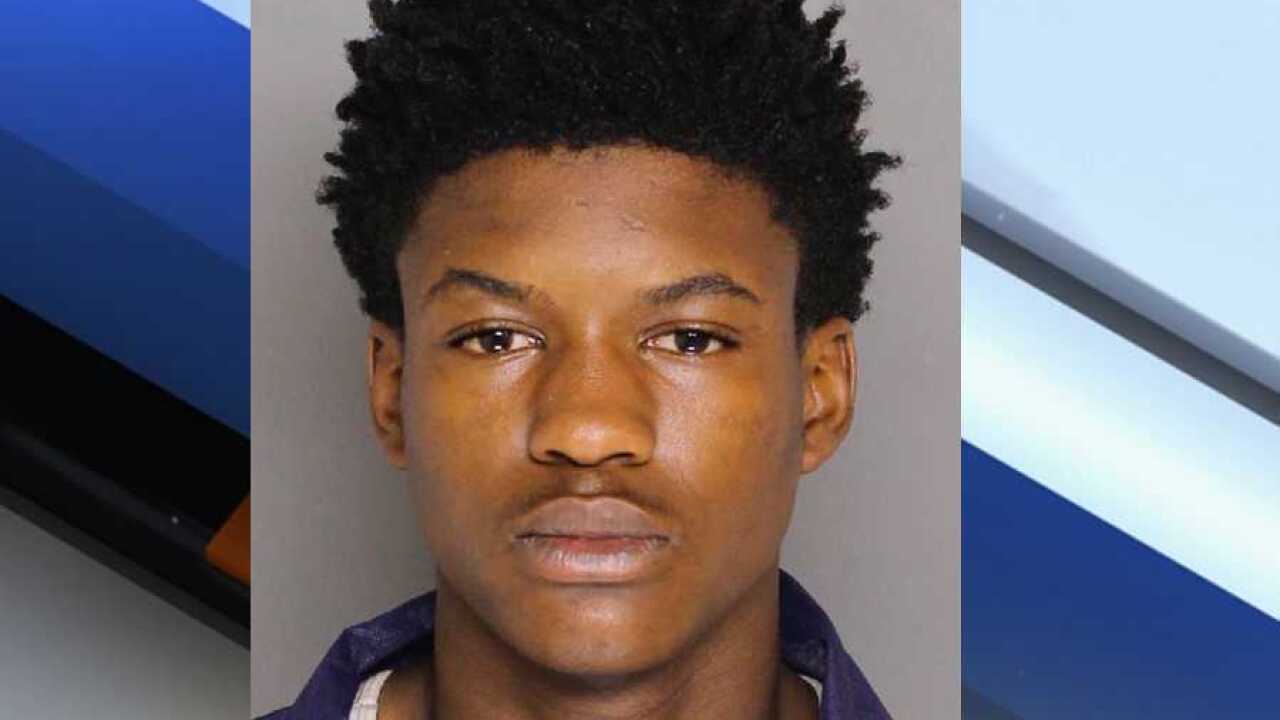 TOWSON, MD — A Baltimore teenager was sentenced to life in prison Wednesday, more than a year after he accelerated a stolen Jeep and fatally struck a Maryland police officer in a suburban cul-de-sac.

Dawnta Harris, 17, was tried as an adult earlier this year and convicted of felony murder in the slaying of Baltimore County police Officer Amy Caprio. A judge in the suburban county that surrounds the city of Baltimore also sentenced Harris to 20 years in prison for burglary.

Caprio encountered Harris in May 2018 while responding to a report of a suspicious vehicle. Footage of Caprio's body-worn camera played in court showed the 29-year-old officer repeatedly ordering Harris out of the car before drawing her weapon and screaming, "Stop! Stop!" Harris ducked his head and hit the gas, slamming the Jeep into her. She fired once, the bullet shattering the windshield.

Harris ditched the stolen vehicle a few blocks away. The Baltimore Sun reported area residents found Caprio bleeding with tire marks across her legs. She had broken ribs and injuries to internal organs.

WJZ-TV reported Harris did not speak during his sentencing hearing. Defense attorney Warren Brown read a letter from his client saying "I just wish I could go back and not do what I did."

Caprio's husband and mother spoke at the hearing.

Three other teens, identified as Harris' accomplices, pleaded guilty to felony murder and are scheduled to be sentenced in September. Authorities accuse them of burglarizing a home when Caprio was run down on the street.

Under Maryland law, if someone is killed during a burglary, accomplices can also be prosecuted in the slaying.

Harris ran over Caprio while he was awaiting sentencing for auto theft. Finger-pointing followed Caprio's death, with some authorities blaming one another for allowing Harris to be on home arrest even though he had been deemed a high risk by Maryland's juvenile services department.

Despite a string of arrests for auto theft, repeatedly skipping out of juvenile custody and a request from his mother to detain him, the then-ninth-grader was transferred from a juvenile facility to house arrest in impoverished West Baltimore. Harris was fitted with an ankle bracelet indicating whether he was inside or outside his mother's apartment, but went AWOL days later. Caprio confronted him a week later.